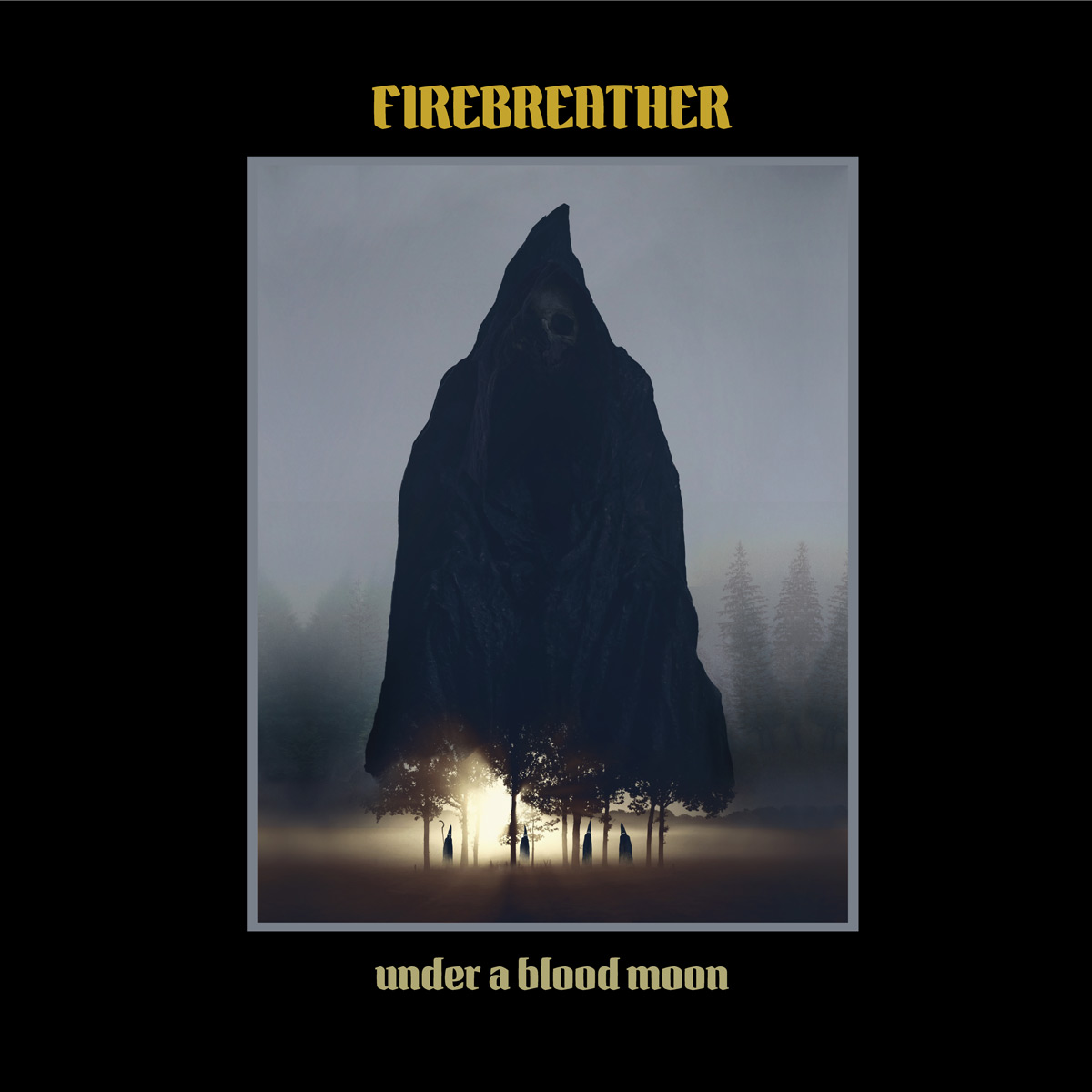 HMA: Can you tell us about the musical backgrounds?

MN: As a kid, I grew up listening to Twisted Sister, KISS, W.A.S.P, Accept etc. but also my uncle’s ZZ Top albums. When I got a few years older I started listening to Sisters Of Mercy and the Cure almost exclusively. Then came Nirvana and I knew I had to buy a guitar. Nirvana talked about Black Sabbath and The Melvins and around 15, I started to listen to them. I also discovered Kyuss, Fu Manchu and other stoner bands a couple of years later and that’s pretty much how I got here. When I bought my guitar, my best friend got a drum kit and another dude picked up a bass. We started jamming in my parent’s garage before getting a proper jam space. I remember having a towel over my head the first 2-3 rehearsals cuz I was so awkward around a microphone. This was the first of the three bands I’ve ever been involved in.

AW: Being a fan of heavy music since I was young. I’m from a small town so it wasn’t till I moved to a bigger city that I found some like-minded people that also played instruments. Playing the drums and touring with bands since I was a teen.

KP: I can’t speak for the rest of the band but for myself, my early musical influences come from 80s punk like the Dead Kennedys and The Misfits. As a kid, I’d spend my summers in a trailer park and there I met some old guys from around the Toronto area that showed me all that stuff. Hell, even some Metallica got in there from my uncle who was a huge Metallica fan back in the day. And if ya wanna go further back than that, we’d be getting into Bob Seger and early country music radio courtesy of my parents.

HMA: Tell us about the journey you have taken in recording your new album?

MN: We had one new song written when Axel joined but also a bunch of shows booked so we started to rehearse the older songs first. When we came back from a Canadian tour we started working on new material. Around that time, we got signed to Riding Easy which also meant we now had a deadline to get into the studio. Deadlines are kinda good for us and we finished writing Closed Gate two weeks before it was time to start recording. We contacted Oskar at Elementstudion once again cuz he’s easy to work with and quickly understands what we are going for which means we all have a common vision while recording. We recorded everything except vocals over one weekend, I wrote the lyrics, the vocal parts and recorded the vocals in the jam space over the course of two weeks and then we got back in the studio with Oskar and did the mixing. Brad Boatright from Audiosiege mastered it, he always does amazing work and didn’t disappoint this time either.

AW: As a new drummer – first off get to know each other instrumentally, and then work out ideas. I had of course only heard their first record and Mattias’s and Kyle’s vision for new material was to make it groovier and raw. I was all for it as I wanted to make something heavy but with a sense of swing to it.

HMA: Metal abounds with sub-genre of any kind black, death, industrial, etc. how did you end up playing the music you do?

MN: I think I probably answered this one already.

AW: I’ve been listening to doom, sludge and slow heavy music for a long time but never found the people for it. I have only played fast music before I joined Firebreather and it was good timing for me really wanting to do something new.

KP: I had always played punk, hardcore and metal… so, fast. Problem is, I can’t play fast (with a pic anyways). I never could get that groove down right. When I started playing riffs by myself, slow, low tuned and with my fingers, I felt like I could start to absorb more into the groove and I felt more at home playing like that. And to be honest, smoking weed played its part in it. Taking fast punk and hardcore riffs and start pouring weed on top of that, things start to slow down and getting into that groove feels, that’s where I belonged this whole time.

HMA: How could you describe your music if your life depends on it?

MN: Our music is very riff-heavy but there are elements in there to keep it exciting. It’s energetic and heavy and we try to find a groove in everything we do.

AW: Slow and heavy in a dynamic flow that will keep you listening.

KP: The best way I’ve had it described to me was by this kid we met in Nottingham back in January of 2019. He may have been dead-drunk when he said it but he was on to something. “You guys sound like Thrash on drugs.” HA! However; if it’s some random day-to-day person back in Sweden, I just tell them “like ZZ Top but slower”. That answer goes over better around the dinner table.

MN: The artwork is made by is Mirek from Poland. It perfectly reflects the darkness that is resting like a veil over this album. Daniel from our label contacted the artist and it worked out perfectly, we’re really happy about it.

AW: It’s dark and murkiness fits with the feels we got to the music in general. It also fit well with the lyrical side of it. It’s a polish artist who made it and we got in touch via Riding Easy Records. The layout for the album was put together between us RE and it soon was a finished product.

MN: The lyrics are of personal nature and are reflections of my life. I’ve never liked lyrics that reveal everything and leaves nothing to the listener’s imagination. I have always tried to just recreate the emotion and energy of what it is that I’m actually channelling through this band. The settings for the lyrical themes are often dark, violent and fantasy-based. There are no political messages or broken hearts, just rolling heads and sharp blades.