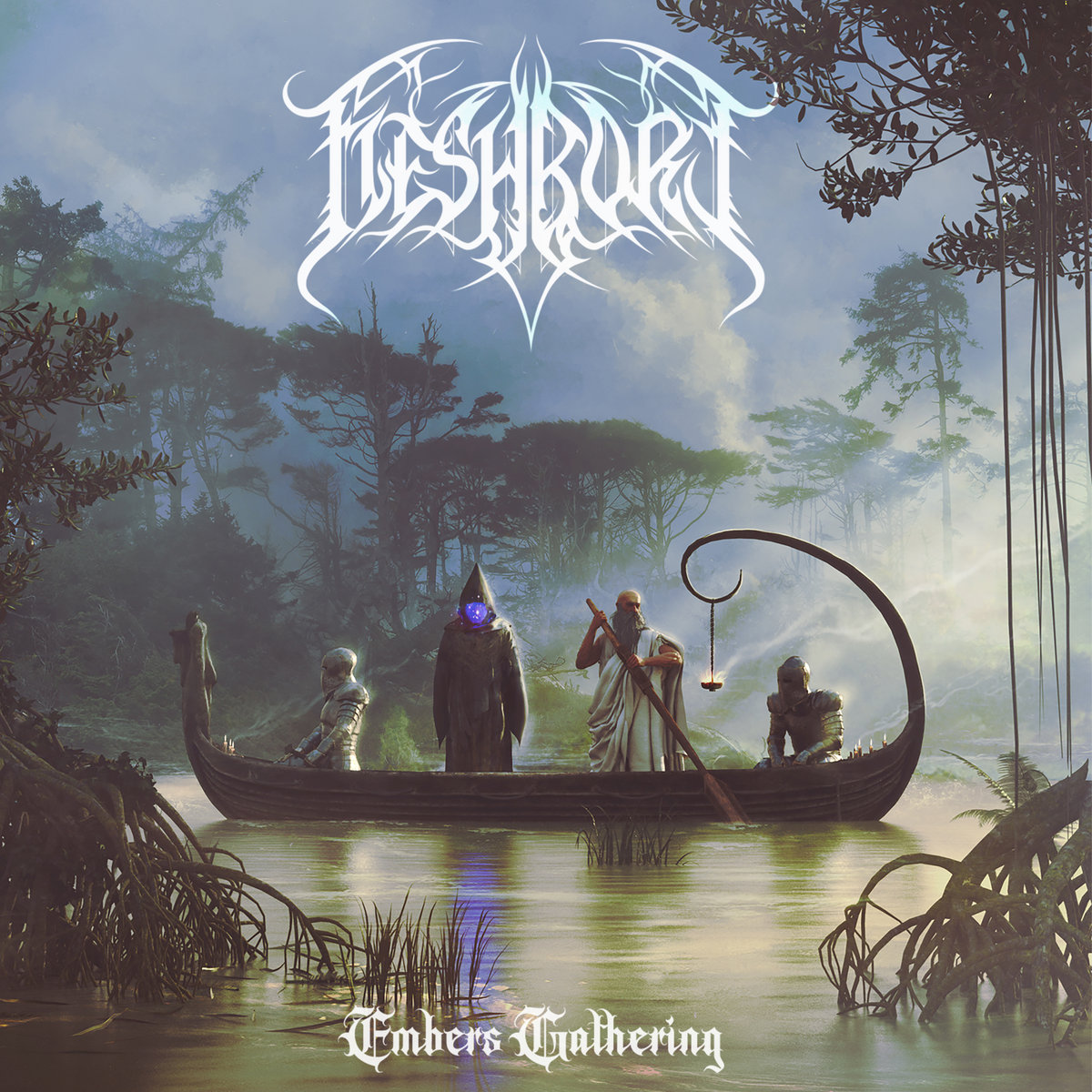 Fleshbore was formed at the beginning of 2017 in Indianapolis, IN, building on the band’s foundation that a few members were in previously. The idea of Fleshbore was not only to pave the way for a fresh start but to push boundaries both musically and mentally, to inspire others to do the same. After releasing two EPs and going through a couple of member changes, Fleshbore solidified their lineup in 2019 with Cole Chavez (Guitar), Michael McGinley (Guitar), Cole Daniels (Bass), Tyler Mulkey (Drums), and Michael O’ Hara (Vocals). In 2021, Fleshbore signed to Innerstrength Records and released their debut album Embers Gathering on August 13th. Since then, they have made it their mission to push the envelope as a band.

Cole Daniels: The creative process for writing Embers Gathering had a lot more full-band engagement than our demo EPs. We spent so much timing jamming the songs out together and working together to bring all of our writing/performing elements into each song. Making sure that the overall composition of each song was strong while at the same time having each member showcase their abilities as musicians to make the whole listening experience more organic.

Michael O’Hara: When I joined the band, the album was more or less instrumentally complete. The band had an idea of what they wanted to happen on the songs vocally. My role in the creative process was to bring their visions to life with my own twists.

Michael McGinley: The band has always gone with the flow with how the songs are put together. Our only goal was to create a fantastic debut album that anyone could enjoy.

Cole Daniels: I have an interest in philosophy and spirituality. But I don’t tend to fixate on them as much. I only really express those ideas by making music, writing, and playing the outlet for those ideas. I’ve always had an interest in music. I was always surrounded by it. As I was growing up, I came across heavy metal. There was so much creativity and technique behind that music that I knew that that was the style of music I wanted to play. I wanted to be the best player I could be in that genre.

Michael O’Hara: In middle school, I was shown two songs consecutively: Eaten by Bloodbath and This Is Exile by Whitechapel. That graduated me from listening to Metallica and Linkin Park, and heavy, brutal music has made up about half of the total music I listen to since. As a teenager, I started attending shows in the local Fort Wayne scene and continued going to shows when I moved to North Carolina. Attending live shows was my favourite thing until I started performing in 2018.

Cole Daniels: I’ve always personally felt a spiritual connection to music, and I feel like music holds an important role within our overall world. Not only as a recreational pastime but as a real spiritual experience that connects us all as people together.

Michael O’Hara: Music is important to me because it has the ability to amplify communication. Almost any idea/story can be communicated. Still, when something is communicated through music, it can be so much more powerful in delivery than if it were expressed by other means. Music can be the most intense thing someone experiences in their life, and it can also be enjoyed because they think it is “lit”. Both are correct.