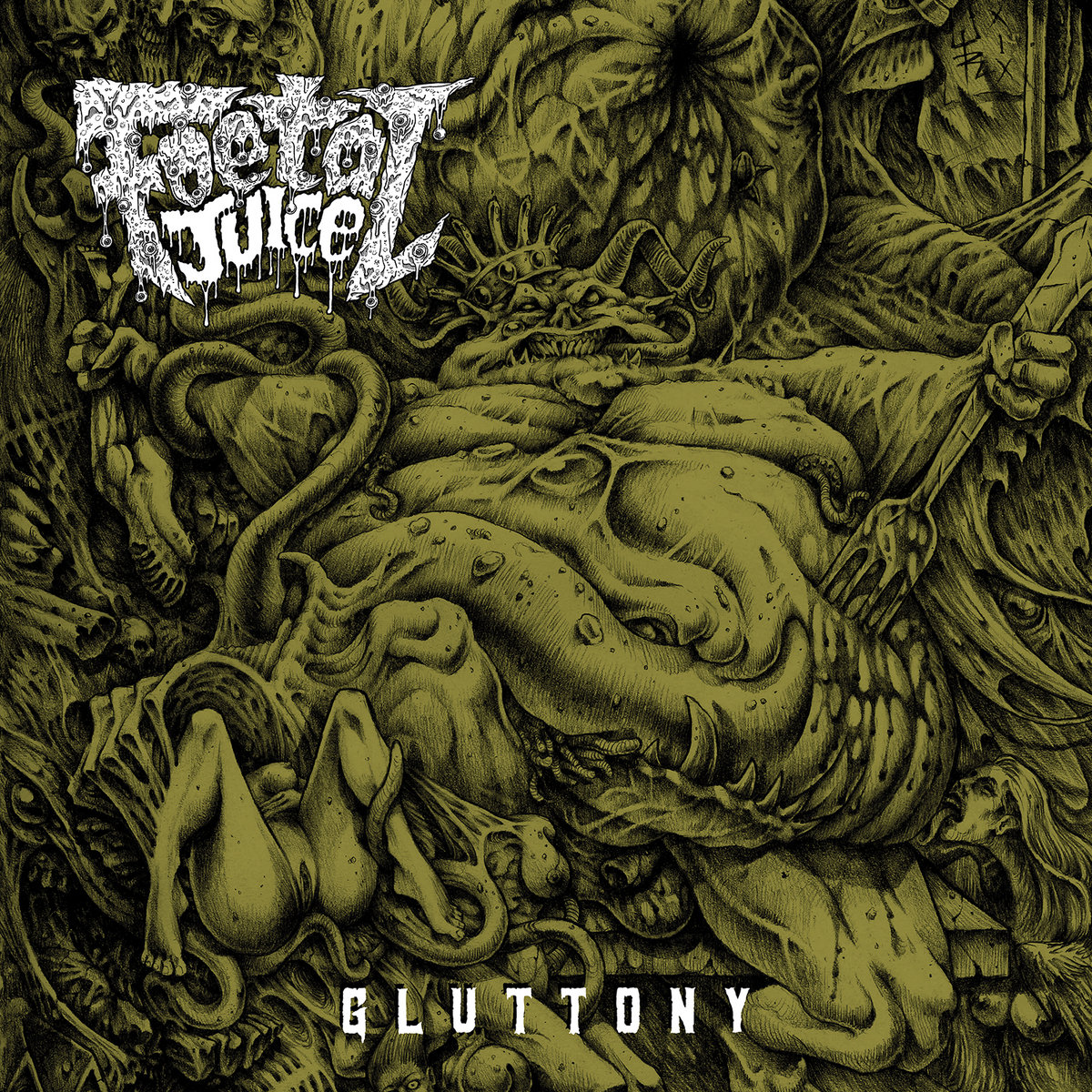 Foetal Juice is a death metal band formed in 2005 in the UK. They take influence from death metal, black metal, grind, punk and dark humour, keeping their sound fresh and innovative. Since the very beginning, the band has been active in the UK and Europe and played many tours and festivals. There have been several EPs and split releases until the debut album ‘Masters of Absurdity’ came out in 2016. In 2020 the follow-up album ‘Gluttony’ was released via Gorehouse Productions. The rest is Covid and Brexit.

We have been huge fans of extreme music since we were about 14. Our guitarist and I used to go around local music shops, choosing as many albums as we could afford based on the artwork alone. We have found some of our most influential bands such as Vomitory, Death and Severe Torture that way.

Drumming wise I have always tried to push myself to play more extreme music as it’s much more challenging. Extreme for me doesn’t necessarily mean faster as it does for many other musicians. Sometimes the most aggressive music is all about an aggressive d-beat or thrash beat. Once things go past a certain BPM, people automatically count it slower. Everyone headbands to Nile in half time, don’t they.

Ryan and I mainly wrote the latest album. We have been slowly putting a few songs together over the last few years. Once we completed about four songs musically, we booked in at Foel studio with Chris Fielding maybe a year in advance. We do this before writing the album because it spurs us on to write quicker when there is a deadline. As the deadline was getting closer, we only wrote about two more songs. Then our long term bass player Ben left about 2/3 months before the studio was scheduled. This forced Ryan and me to write the last six songs a lot quicker than we planned. I think this has added to the spontaneous nature of the album, to be honest. Then we had the grim task of finding a new bass player and getting them to learn 12 songs in a month. Thankfully, Lewis stepped up and recorded the whole album incredibly well. Lyrically we went for a darker undertone than we usually would. It’s touched more on mental health issues and the greed and selfishness of the human race.

I’m always trying to draw, but I’m useless. I tend to trawl through loads of incredible artwork online to the point of obsession. Ryan is deeply into painting Warhammer. And Derek is obsessed with kebabs.