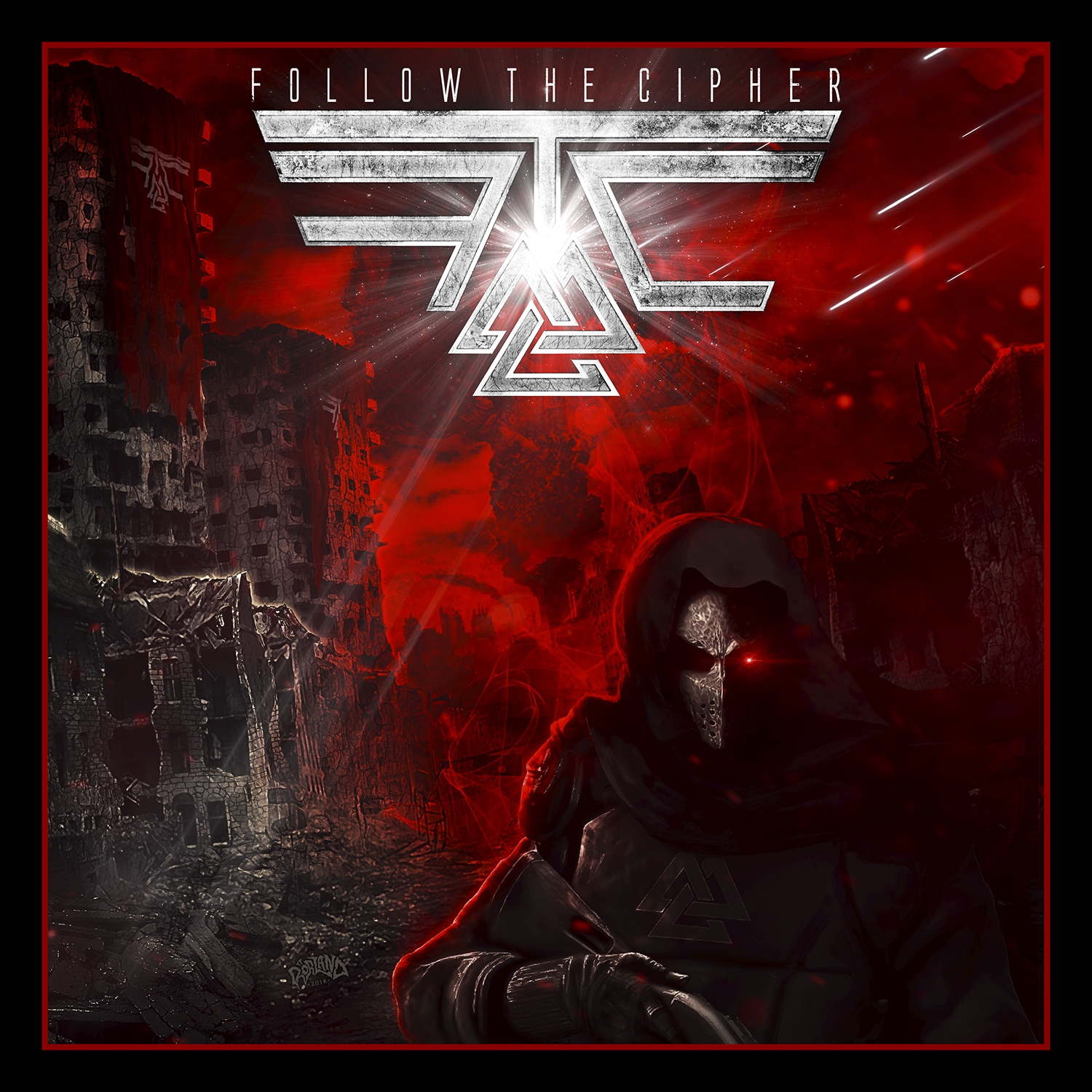 JA:  We want to catch the feeling of something big and bombastic; like Hollywood movies in the style of Mad Max and Terminator when you hear us.

KL: Chris Rörland made the cover (he’s most famous for playing the guitar in Sabaton). The songs on this first album are more or less about a post-apocalyptic world, and that’s what is shown on the cover; a futuristic soldier with a fallen world behind him. We have also tried to be consistent with a black and red theme on most of the graphics, videos, stage clothing etc. We think this works out great with the feeling of the songs and the stories they’re telling.

LTG: It’s Ken and Viktor who writes the music, so it’s hard for me to answer for them, but when it comes to the lyrics I have my principles – which are that I will never sing about something that I can’t stand behind, but that has never been a problem in this band.

JA: Well it’s considered a concept piece in development, and we still are trying to figure out what constitutes it fully. We have decided some parts for this album, but we’re trying to write the lyrics as subtle as possible because as I said, we are in an early stage of the concept development. We don’t want to push ourselves into a corner that may be hard to break apart from further on. But the line of argument for this album lyric wise you can say is about a dystopian future.

KL: I’m not involved in the writing process, but when it comes to inspiration for our lovely songwriters Ken and Viko would I say In Flames – Clayman for Ken. Viko is often talking about Devin Townsend, but I don’t know which his favourite album/most inspirational album by Devin is. Ken is also inspired by Hollywood movie scores, mostly music by composer Hans Zimmer.

LTG: Why does metal tend to discriminate towards other metal subgenres, i.e. glam rock, mathcore, nu metal, etc.? I probably don’t have the answer to this question, but I can give you some thoughts from my perspective. I come from more of a rock n roll background, and I think that all genres have their place in the world of music. I think that when you love something genuinely like a music genre, it’s easy to get a little blind and not able to see the whole picture. There are a lot of people that love different styles as much as some people love the pure metal. So I think it’s important that we learn to respect all the subgenres and all the other genres too.

KL: If we take creativity in any form, I do think this is an important aspect to boost your happiness. Regardless of what form it takes; music, painting, knitting, cooking or theatre, I do believe in creativity to give one’s life more meaning. When it comes to creativity, I do think it’s good never to be satisfied. Satisfaction on the creative plane for me is equivalent with being done/reaching the ultimate level, and there’s nothing more to explore. You can be proud of something you did though, but if you’re never satisfied, then you still have the hunger to do more and achieve better things.