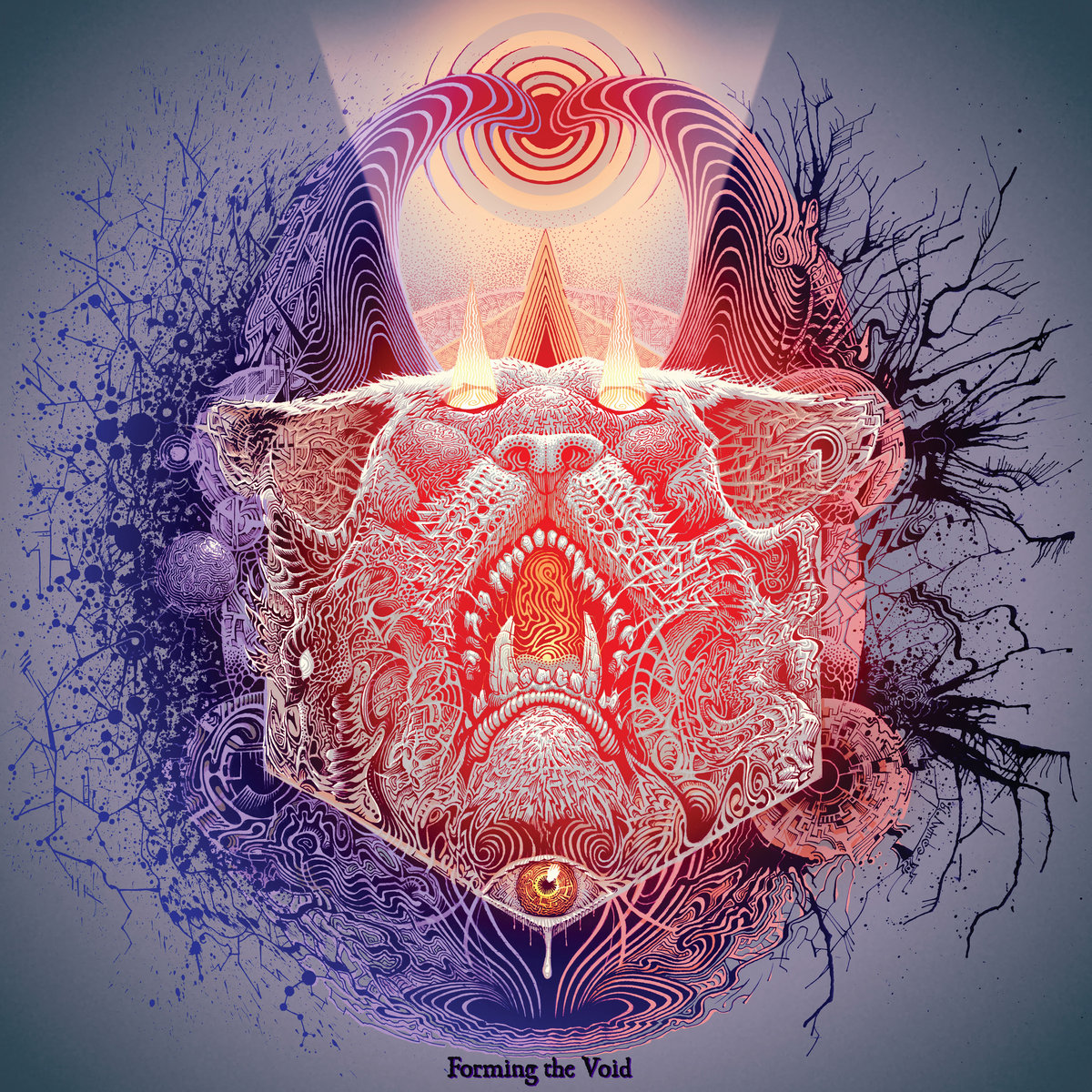 Reverie by Forming the Void

When the idea came up I was thinking about emptiness and creation a lot. Once we all got together and started finding our sound, it seemed to fit the sonic aesthetic and subject matter. Those have remained present in my mind since then.

The album ‘Reverie’ is based around the concepts of dreams, omens, prophecies, and visions. There are songs on the album that tend to be more negative, but the majority are purposeful and positive. Of the options we were considering, Reverie seemed to be the best word to summarize it.

Each of us tends to like a lot of the same styles, but also lean into different things a bit more too. I think when we all come together it allows the variety in influences to shine through making it more of an amalgamation of styles packaged in a heavy stoner rock/doom format.

As we came into our own sound I guess we were drawn to lower tunings, simpler, less is more riffs. I think there’s a lot of power in simplicity, and it allows sonic space for different textures and layers. We like to play with the rhythms to throw a curveball here and there, but ultimately I think that’s the easiest box to put around what we’ve been doing. The most recurrent themes have been ideas of death, enlightenment and reincarnation, though not all fall within those parameters.

Drugs are one way to reach transcendence, so are spirituality, asceticism, meditation or even just music itself. We all rely completely or mostly on variations of the latter.

For the artwork, I found Eli’s work after noticing he worked on a few albums that I enjoy (Dvne, Droids Attack) and a design for Kozmik Artifactz. I was envisioning lines and figures that were jagged but fluid, kinda sharp and messy but ultimately building into a larger whole that was more elegant. When I saw some of his other work it was exactly what I had been looking for. I felt like his style really meshed with ours. We talked quite a bit about music in general and what we were wanting to do with the album. We really dug how interested he was in understanding where we were at before starting on anything.