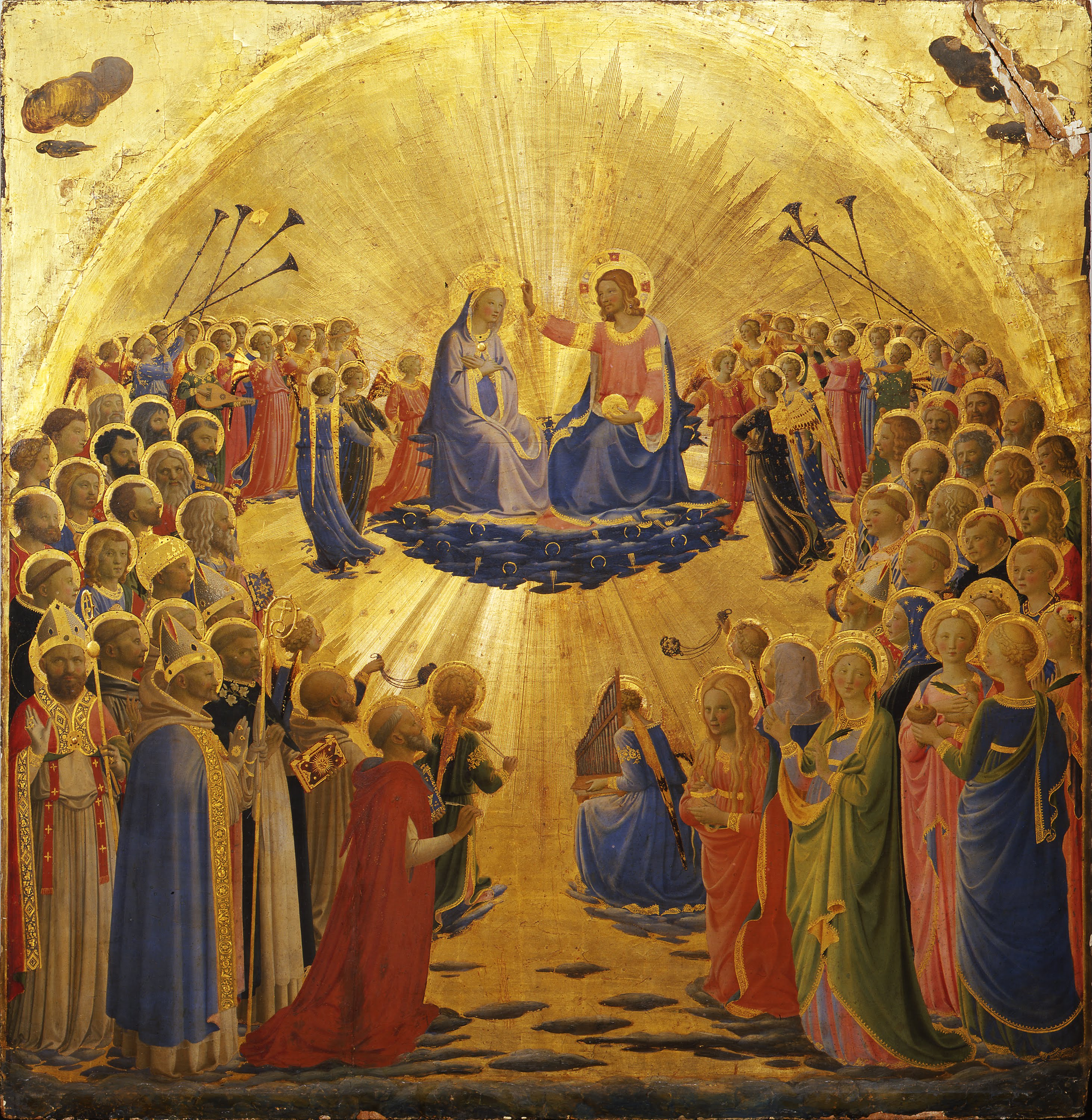 “Fra Angelico was a Dominican friar in the monastery at Fiesole. The convent of San Marco was taken over by his Order in 1436, and he was commissioned to decorate the friar’s cells with frescoes painted directly on to wet plaster walls. These were intended to stimulate prayer and meditation rather than to be a factual record of the Biblical story. He wanted to represent the sacredness of Christ in all its glory and simplicity; although he understood the principles of perspective, as seen here in the rendition of the tomb door, these were often sacrificed for a simple style. In the nineteenth century Angelico’s painting captured the imagination of the Pre-Raphaelites, who saw in them the charm of a pure faith. In this fresco, Christ appears to Mary Magdalene. She has been weeping after discovering that his tomb is empty. A figure appears. At first she mistakes him for a gardener as he is carrying a hoe. Suddenly realizing who it is, she goes to embrace him. But he moves away, telling her not to touch him – literally ‘Noli Me Tangere’.”

From “The A-Z of Art: The World’s Greatest and Most Popular Artists and Their Works”, by Nicola Hodge and Libby Anson