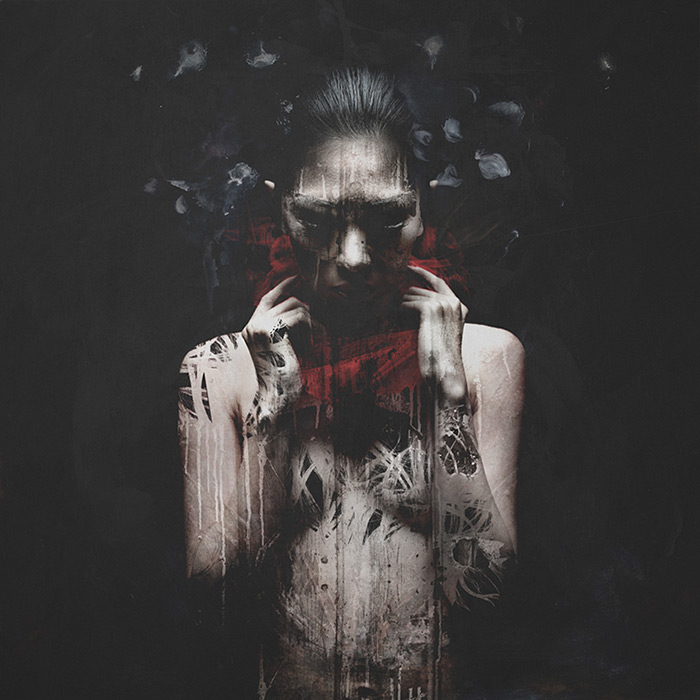 I’m a fully self-taught. I always loved drawing and painting since I was a child. I remember, other than papers, i used to draw on anything I had on hand, like school-bag, desks, walls etc. all the time. Growing up however, I lost a bit my interest in doing it, also due to my other passions in playing football and other sports…but afterward, when I was about 13-14 years old I installed photoshop on my computer and started playing around with some photos just for fun, I got quickly passionate seeing what could be done with it, so I decided start learning the software seriously and doing a lot of practice, in order to be able to create what i had in mind. I grew up listening to metal music which my older brother introduced me passively listening to it all the time in our room and I have always been interested in the album artworks too, so my style in these years was already influenced by metal music and album artworks. I then uploaded a few work on art-related websites and after a while some bands contacted me, interested in buying and using my work for their upcoming album.. then some others following asking me to create new stuff for them. That’s basically how I get started and that’s what pushed me to continue learning and improve.

Some bands have precise ideas, sometimes it’s a good thing, sometimes not. I honestly prefer when a band let me as much as possible free in art direction, obviously always after discussed in depth their ideas together, the main album concept, lyrics meaning etc. Because sometimes a band can get obsessed with an idea and also give precise directions, which could sound cool in theory but not practically and if not open to advice everything becomes harder or risking a worse outcome. Plus my inspiration get blocked and it’s a bit frustrating, I feel like a pencil controlled by someone else and isn’t stimulating at all. Hopefully this is very rare because I always decide to accept or decline a commission relying on some info and lukly until now both me and bands have been satisfied with the results, which is the most important thing. There’s nothing worse for me to create something I don’t like at all only to satisfy the client or just to sell a product.

Personally I think music and art are extremely connected, they can strengthen each other reflecting the message in a more sensitive and deep way. I think there’s no other genre in music than metal where artwork is important as the music itself. I often decided to buy a cd or discover new bands relying only on their album artwork and most of the time I do not get disappointed. Isn’t a coincidence, I think. I can’t imagine to listen an album without watching the artwork or browse the booklet so maybe we should thank Alex Steinweiss for inventing album cover art.. or probably we’ll still have brown empty covers with only titles and record label sign on it.