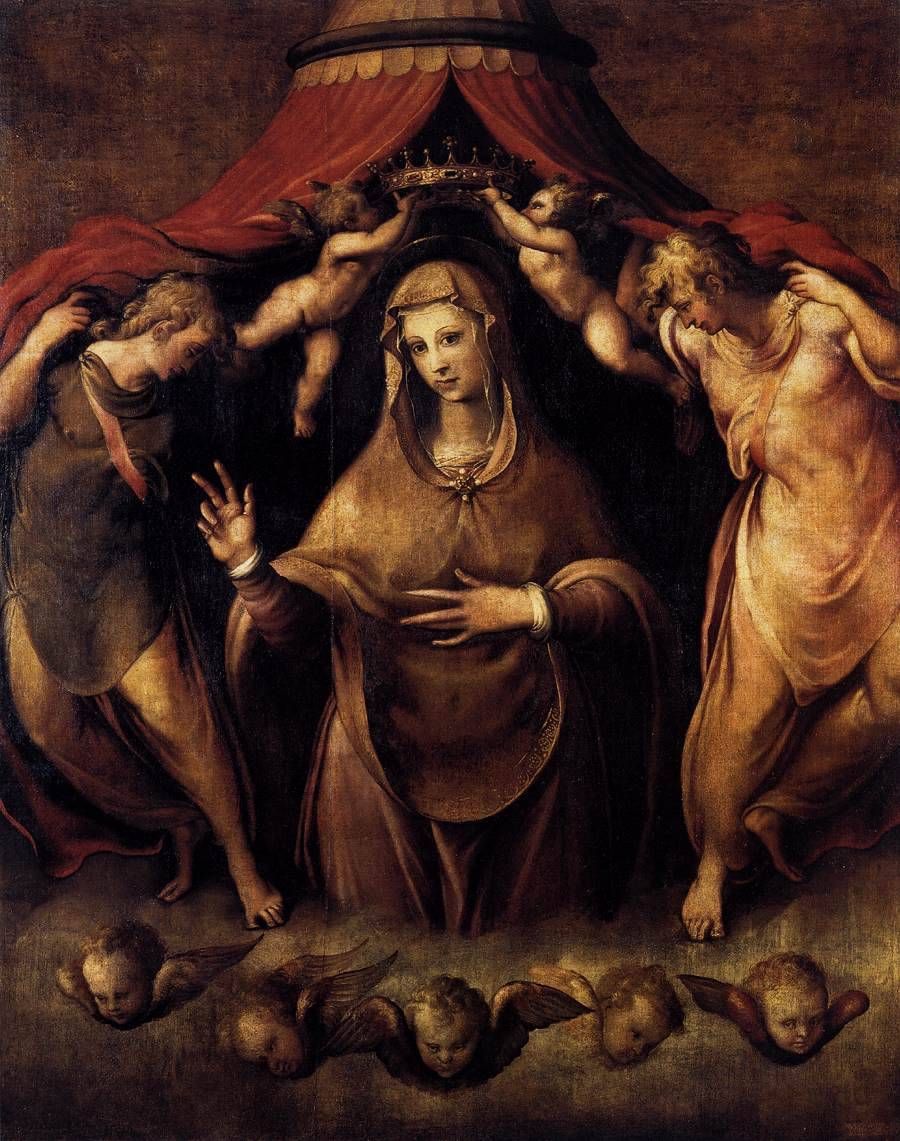 Francesco de’ Rossi (1510–1563) was an Italian Mannerist painter from Florence, also active in Rome. He is known by many names, prominently the adopted name Francesco Salviati or as Il Salviati, but also Francesco Rossi and Cecchino del Salviati.

Salviati was born and died in Florence. He apprenticed under Giuliano Bugiardini, Baccio Bandinelli, Raffaele Brescianino, and finally Andrea del Sarto in 1529-1530. By 1531, he travels to Rome where he is met by his contemporary Bandinelli pupil, Giorgio Vasari, and helps complete the frescoes on the Life of John the Baptist in the Palazzo Salviati for the Cardinal Giovanni Salviati. It is from his attachment to this household that he took on the surname.

He frescoed an Annunciation in San Francesco a Ripa (1533–1535). His mature style has mannerist contortions and crowded scenes similar to the output of Giulio Romano. In 1538 he joined Jacopino del Conte in completing a fresco of the Visitation[1] for in the Oratory of San Giovanni Decollato, a Florentine fraternity ministering to those condemned to execution. He painted in Bologna in 1540 alongside Vasari, and stayed for a brief time in Venice, where he frescoed decorations for the Palazzo Grimani in antique style. During this period his style shows the influences of Parmigianino. His many portrait paintings can sometimes be confused for Bronzino.

By 1543, he returned to Florence, working for Cosimo I de’ Medici, he completed a fresco decoration eulogizing the Medici family (Triumph of Camillus in the Sala dell’Udienza of the Palazzo Vecchio, 1543–1545). He also designed tapestry cartoons for the recently established Arazzeria, including Ecce homo, Resurrection, and Joseph explains the Pharaoh’s dreams. The latter commission was awarded after a competition, which pitted him against contemporary Florentine Mannerists, Bronzino and Pontormo. He painted a Deposition altarpiece for Santa Croce in 1547-1548. This theme, one which became a master oeuvre topic for Late-Renaissance artists, is handled in a crowded complex fashion.