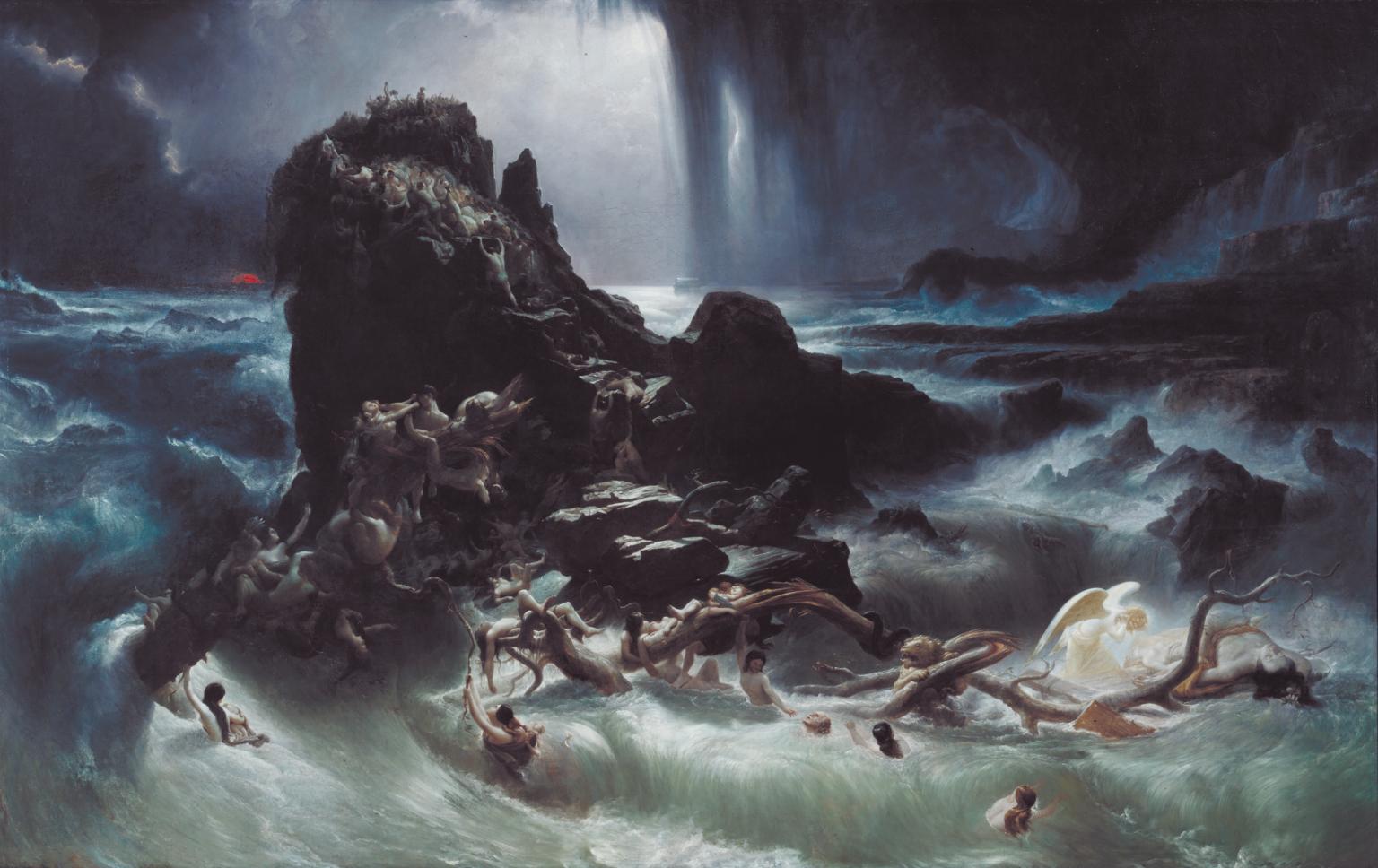 English painter of Irish birth. He was a landowner’s son and studied art at the Dublin Society. In 1813 he visited London, then worked in Bristol, initially on repetitious watercolours of local scenes: for example, View of Hotwells, the Avon Gorge (c. 1818; Bristol, Mus. & A.G.). Around 1819 he entered the cultivated circle of George Cumberland (1754-1849) and the Rev. John Eagles (1783-1855). Danby’s discovery of the ‘poetry of nature’ in local scenery and insignificant incident was influenced by the theories of Eagles, published as The Sketcher (1856), and, less directly, by those of William Wordsworth, who had been associated with Bristol earlier in the century. Danby’s distinctive work began with the small panel paintings he produced for his Bristol audience. Boy Sailing a Little Boat (c. 1822; Bristol, Mus. & A.G.) recalls the rustic scenes of William Collins and the Bristol artist Edward Villiers Rippingille, but Danby emphasized the effect of sun and shade rather than sentiment

Danby became the best-known member of the Bristol school of painters but preferred to exhibit more ambitious paintings in London. The Upas, or Poison-tree in the Island of Java (London, V&A) attracted considerable attention when first shown at the British Institution in 1820, by its large scale (1.68´2.29 m) and sublime motif: a despairing adventurer coming upon the remains of his predecessors in the moonlit poisoned valley. It has deteriorated badly, like many of his works. Disappointed Love (1821; London, V&A) was his first Royal Academy exhibit. It differs from his Bristol works in its narrative content and in the pathetic fallacy by which the oppressive trees and wilting weeds echo the girl’s despair.

When Danby moved to London in 1824 he abandoned naturalistic landscape and contemporary genre subjects to concentrate on painting poetical landscapes in the manner of Claude Lorrain and J. M. W. Turner’s Hannibal Crossing the Alps (1812; London, Tate), and also large biblical scenes to rival John Martin. Danby’s relationship with Martin was ambiguous, but undoubtedly competitive. Danby was elected ARA following the exhibition at the Royal Academy in 1825 of the Delivery of Israel out of Egypt (Exod. xiv) (1824-5; Preston, Harris Mus. & A.G.). His poetic treatment of landscape seems to have inspired Martin’s Deluge (unlocated; mezzotint pubd 1828), which was shown the following year at the British Institution. Danby himself was already contemplating painting a Deluge and his An Attempt to Illustrate the Opening of the Sixth Seal (Rev. vi. 12) (exh. RA 1828; Dublin, N.G.) in turn owed much to Martin’s conception of the Sublime.

Danby quarrelled with the Royal Academy in 1829, when not elected RA (Constable won by one vote). At the same time his marriage had collapsed, and he had taken a mistress; his wife left London with the Bristol artist, Paul Falconer Poole, whom she subsequently married. The ensuing scandal forced Danby to move abruptly to Paris in 1830. Between 1831 and 1836 he worked in Geneva, producing chiefly watercolours and topographical paintings. He then lived in Paris, copying Old Master paintings. He returned to London late in 1838 where Deluge (1837-40; London, Tate; see fig.) re-established his reputation when exhibited privately in Piccadilly, London, in May 1840. A huge rock rises in the midst of the flood, swarming with figures who struggle to gain the highest point. Their diminution implies immensity. The colour is appropriately, but uncharacteristically, sombre. Despite its success, it was his last work of this type.

Danby continued to paint poetic fantasy landscapes throughout the 1840s and 1850s (e.g. Enchanted Castle – Sunset, exh. RA 1841; London, V&A), although they became increasingly unfashionable. He also produced landscapes and marine paintings, which derive in colour and conception, although not in execution, from those of Turner. These found admirers, although they were too rich in colour and imprecise in detail for wide popularity. Evening Gun (exh. RA 1848; destr.; replica, priv. col., see Adams, 1973, no. 72), showing naval vessels in harbour, was well received at the Royal Academy in 1848 and the Paris Exposition Universelle of 1855. Danby moved to Exmouth, Devon, in 1847 where he built boats and painted. He was embittered by a life of nearly constant debt and by his failure to gain academic honours. He died a few days after Poole was elected RA. Two of his sons, James Francis Danby (1816-75) and Thomas Danby (1817-86), became painters.