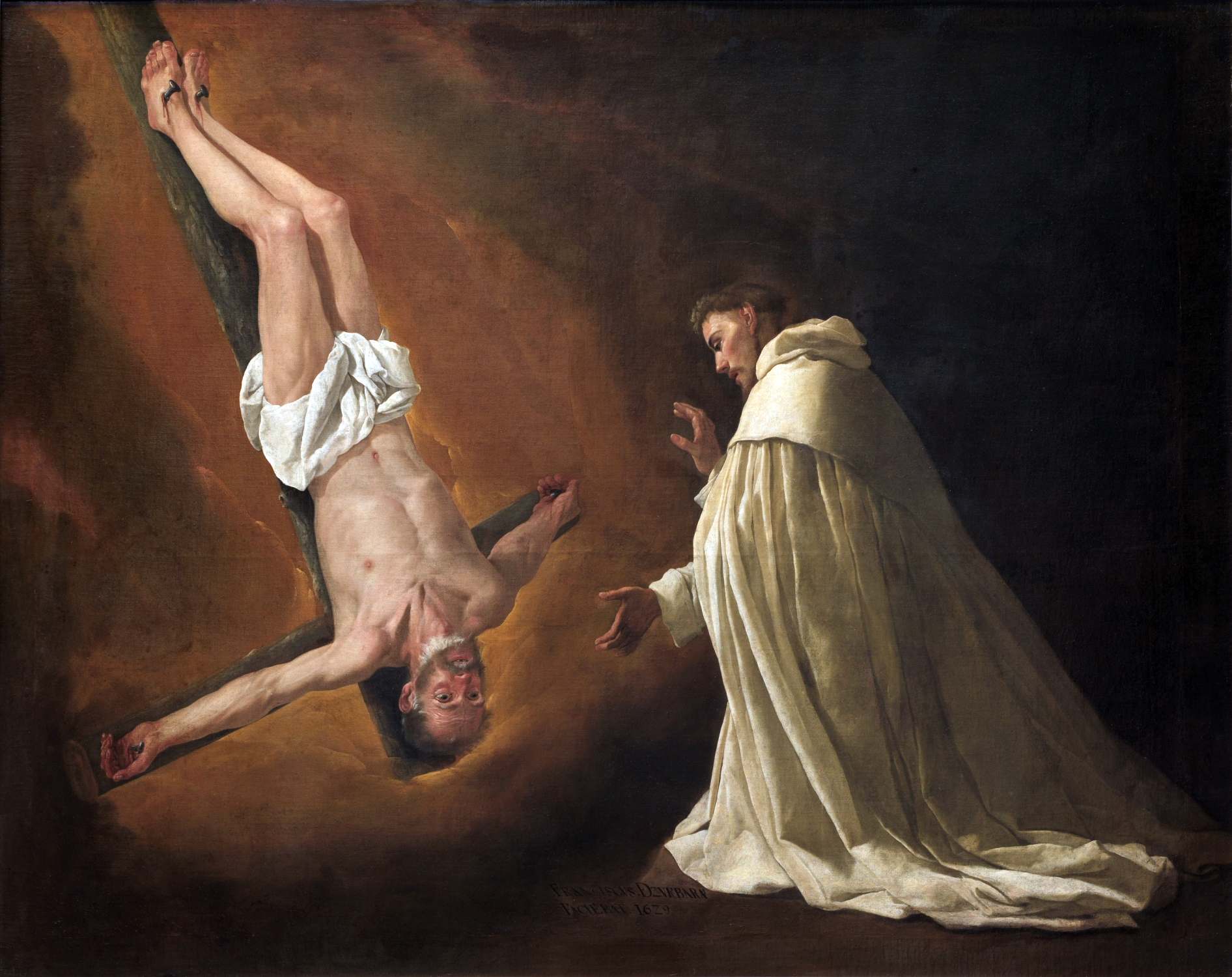 Francisco de Zurbaran’s apprenticeship was undertaken in Seville, where he met Velazquez and became one of the city’s official painters. His commission to decorate the king’s palace in Madrid was most probably the result of his continuing friendship with the older, and more successful, Spanish artist. Zurbaran was chiefly a portrait painter and his religious subjects, depicting meditating saints, found favour in southern Spain’s many monastic and church institutions. From 1628, he worked on a number of paintings to be sent to monasteries in the Spanish colony of Guadalupe. After 1640 his austere, harsh, hard edged style was unfavourably compared to the sentimental religiosity of Murillo and Zurbaran’s reputation declined. In 1658, he moved to Madrid in search of work and renewed his contact with Velazquez. Zurbaran died in poverty and obscurity.

From: “The A-Z of Art: The World’s Greatest and Most Popular Artists and Their Works”, by Nicola Hodge and Libby Anson