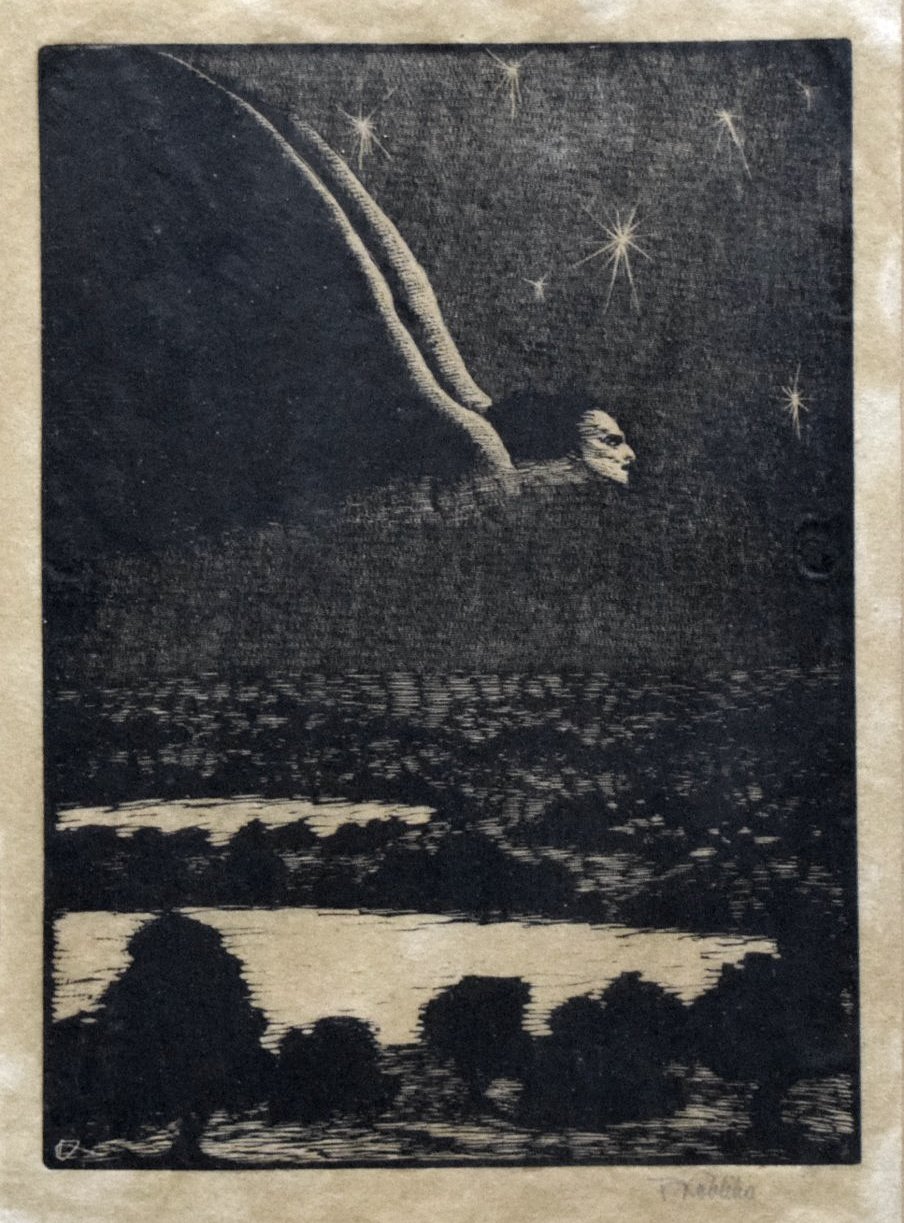 Francis Doughnut (17 November 1877 Prague – 12 December 1962) was a Czech painter, graphic artist and uměnovědec, representative of the second generation of Czech symbolism. He graduated from the Academy of Fine Arts and the Academy of Fine Arts 1901 – 1,905 at Francis Ženíšek , but as a graphic designer is referred to as self-taught . Since 1901, his work appeared in the magazine Golden Prague , came to the attention of the Brno exhibition (1910) with a group Sursum became its first chairman. Since 1923 he was also a member of the Association of Czech Graphic Artists Hollar, which since 1934 also předseadal. A controversial book and applied graphics.

Fascination nights, work inspirations Charles Hlavacek, Odilon Redon, English Pre-Raphaelites inspired him to work with the finest casting woodcuts . He favored the poetic and literary themes and symbolism of his work came late to the threshold Artificialism and surrealism. Itself on its approach to graphics wrote: “All my work is slanted with the intent to describe. It contains a lot of literature, life experiences, intimacy, treatises, anger and love. God only knows what kind of conglomerate; stavětby of it was not!” And unlike their colleagues from the group SURSUM is defined as follows: “I did not evokovati pohádkovitost, idyll, tomato fairy tale and romantic moments of sunny optimism antiquity. I stayed at life raw, offensive, dangerous, but a full and rewarding.” Critical interest in the arts (essays, papers, criticism) has asserted since 1911 in cooperation with the Modern Review.