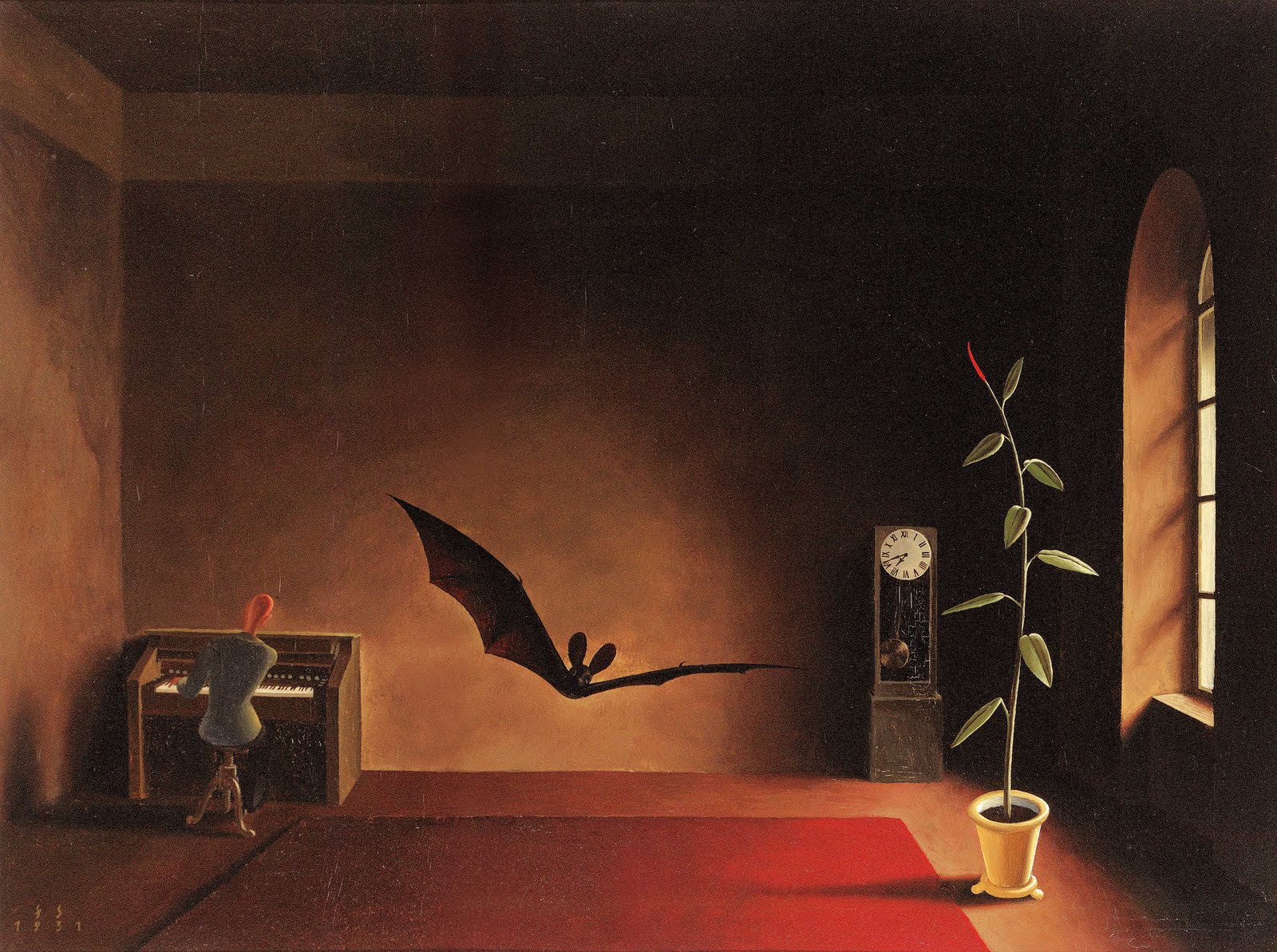 Franz Sedlacek (1891–1945) was an Austrian painter who belonged to the tradition known as “New Objectivity” (“neue Sachlichkeit”), an artistic movement similar to Magical Realism. At the end of the Second World War he “disappeared” as a soldier of the Wehrmacht somewhere in Poland. Franz Sedlacek was born in Breslau on 21 January 1891, and moved with his family to Linz in 1897. In 1909 he graduated from the Royal High School at the Fadingerstraße. A year later, he moved to Vienna and studied architecture and chemistry. After serving in World War I, he completed his studies and in 1921 began working at the Technical Museum of Vienna. In 1913, Sedlacek founded an artistic association in Linz with Anton Lutz, Klemens Brosch, Franz Bitzan, and Heinz Bitzan. Sedlacek began as a graphic artist, and later turned to oil painting. In 1925 he produced a number of watercolours for Claire Annabel Caroline Grant Duff’s Book The Unicorn. In 1927, Sedlacek joined the Viennese Secession, an association of artists that was founded by Gustav Klimt and others in 1897. A collection of his works is on exhibition at the Leopold Museum in the Museumsquartier in Vienna, Austria, including the 1931 painting, “Lied in der Dämmerung” (“Song in the Twilight”).