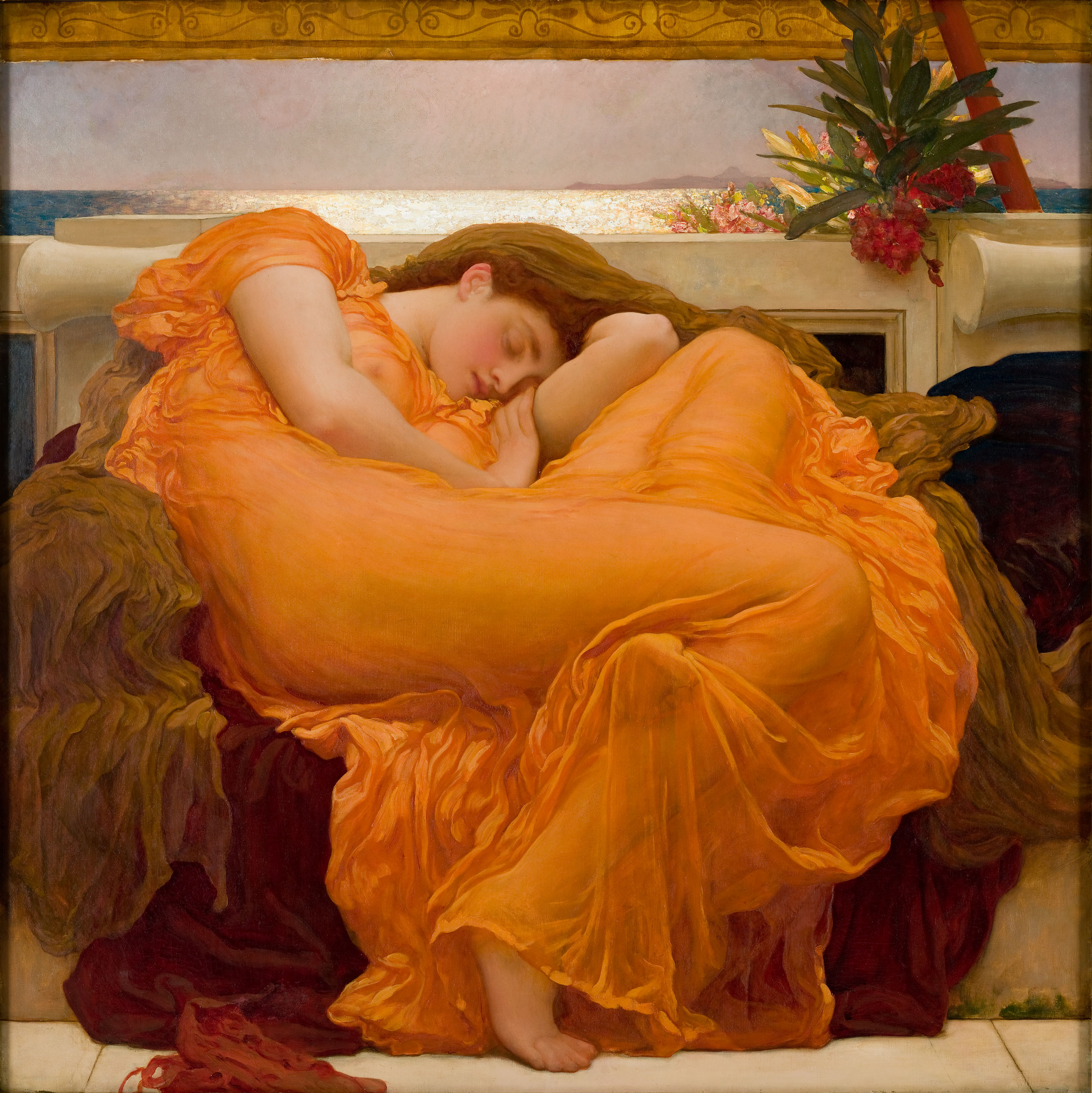 Frederic Leighton, Baron Leighton, also called (1886–96) Sir Frederic Leighton, Baronet (born Dec. 3, 1830, Scarborough, Yorkshire, Eng.—died Jan. 25, 1896, London), academic painter of immense prestige in his own time. After an education in many European cities, he went to Rome in 1852, where his social talents won him the friendship of (among others) the English novelist William Makepeace Thackeray, the French novelist George Sand, and the English poet Robert Browning.

Leighton’s painting Cimabue’s Madonna, shown at the Royal Academy’s exhibition in 1855, was bought by Queen Victoria. It marked the entry into England of a new cosmopolitan academic manner in which grandeur of scale and forms of classical Greek and High Renaissance extraction were used to embody subject matter of an anecdotal and superficial nature. Leighton came to London in 1858 to enjoy this triumph but did not settle there until 1860.

In 1869 he was made a member of the Royal Academy and in 1878 its president. In 1878 he was knighted, in 1886 he was made a baronet, and, on the day before he died, he became a baron, being the first English painter to be so honoured. (He did not marry, and the titles became extinct upon his death.)