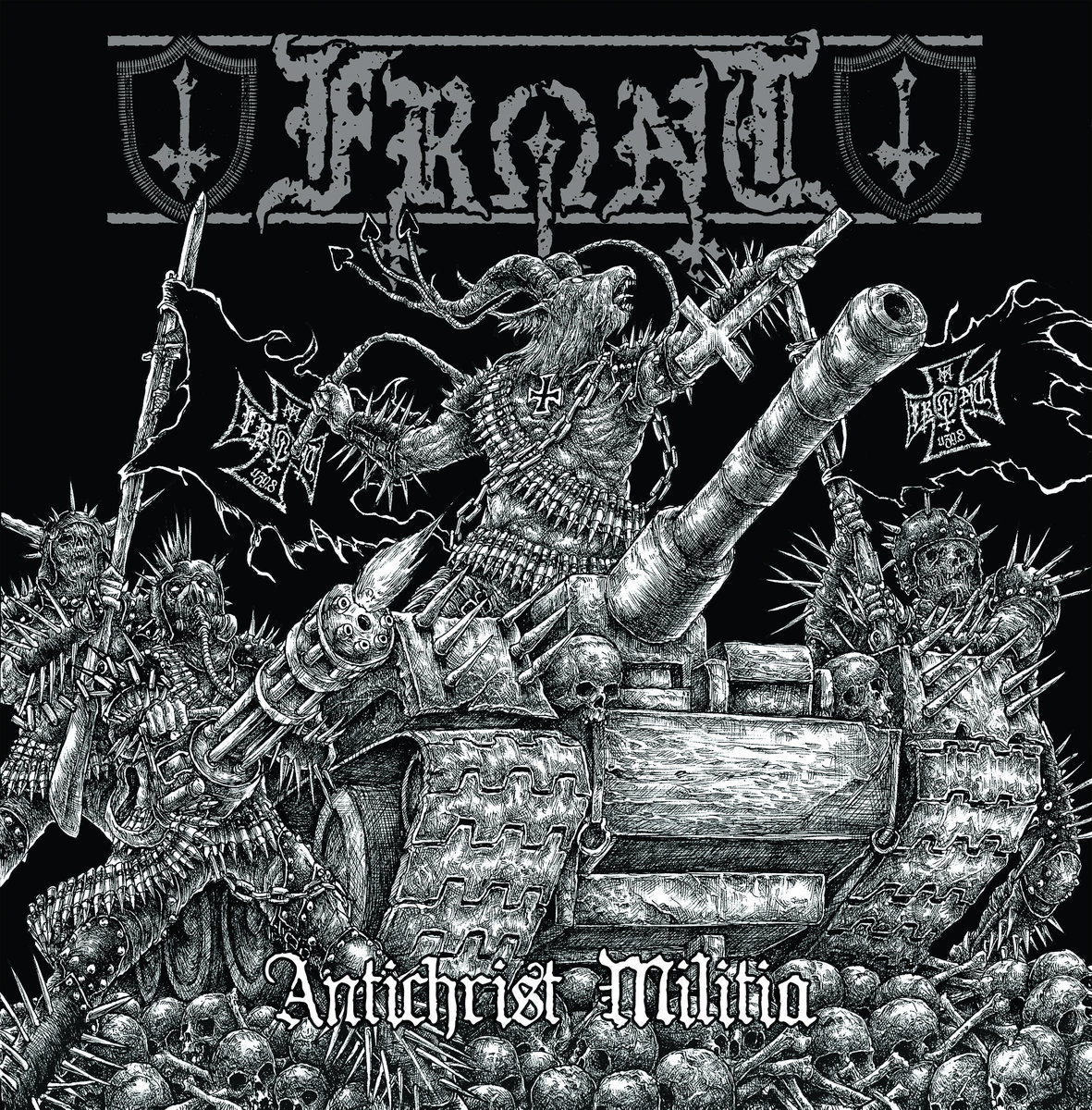 Our new record it’s called ‘Antichrist Militia’, and it’s a pure attack of the old school, black, death, thrash metal with Motörheadish fist. An obnoxious sound of rusty barbed wire moving at the speed of a missile. A soundtrack for the burning world. It was recorded in 2018 but released in 2020. We recorded, produced, and in the end, mixed it by ourselves. Like it always tends to happen in the studio, we had some troubles at the recording sessions, tubes blown from the guitar amp; I broke two whammy bars on my guitar as they couldn’t survive my solos. I had to re-record guitar parts as I, in the middle of the session, noticed that the EQ settings on the recording monitors were fiddled wrong, and they didn’t give the actual sound of the recording. We also used some unusual microphone techniques. I wired one 12″ speaker to be used as a microphone. And we used a fucking Pringles microphone to capture specific vocal effects! We lost a huge amount of time with the first mixer, he provided the unprofessionalism work we’ve ever come across, and we ended mixing the whole thing by ourselves with Revenant doing the job. Then it took quite some time for the label to put out. But it came out just the way we wanted, without compromises. We also did a music video for ‘Venom & Salt’. It was shot at our rehearsal place, the very same place where we recorded ‘Antichrist Militia’. That way, we got the same authentic vibe and energy to the video as it is on the record.

I am pretty satisfied with all of them. As I said earlier, we record by ourselves. On our demo and ‘Iron Overkill’, we had pretty shitty microphones and equipment to record it. Still, it’s full of DIY attitude, and you can hear that they are honest recordings without any computer guitar plugins, IR’s, or whatever. For ‘Antichrist Militia’, we had some improvement on our studio gear, but the gear and methods are the same that have been around for decades. So, all of our records could have been recorded decades ago. This is probably one of the highlights for me, to be able to record the way we want, to follow and aim for the vision by ourselves. Of course, there always are things, like the guitars, or vocals should be a bit louder, or a different kind of drum roll would bring more dynamics to it. But these are minor things. The records were always a reflection of the era when they were made; there’s no reason to avoid them. Maybe learn, if even that.

I’ve always been into the “darker side” since a little child. I always wanted to look at the scariest programs on TV, play with Skeletor action figures instead of He-Man, you know. I questioned the religious morals and teachings at a very young age and often got in trouble with my views. As I got older, Satanism and other paths were natural to reflect my views and questions. As for music, the turning points were the Misfits and Samhain. Because of them, I originally picked up the guitar, and I remember thinking that if I ever could play just one riff or one song from them, I couldn’t ask for more. Later on, I practised playing some Slayer, Motörhead, Deicide, Dissection, Mayhem, Sarcofago, etc. and found out that I can, and I need to make my songs. You can hear many influences in our music, there’s death, speed/thrash, black, and I’m talking about the black metal of the 80s with Front here. Even punk and rock elements are present in our music, as long as they transfer the primal, untamed power. There’s something wild about the raw power of high gain metal. The art itself is fascinating when you combine the “black” [satanism] to “metal”, and when you are in the “call”, and you can pull out and create something from the “unknown”.

Kaosbringer: You could say that we didn’t choose black metal. It all just happened naturally. Being genuine and true to ourselves is something sacred to us.

I have never started to dissect and translate the meaning of my texts. My view of life is Luciferian, and those are written from this point of view. Some texts are drawing inspiration from historical events and some from life itself or whatever that may be. All in all, it is true, “the beauty is in the eye of the beholder”. So it is up for the listener to read them and make up their interpretation of them.