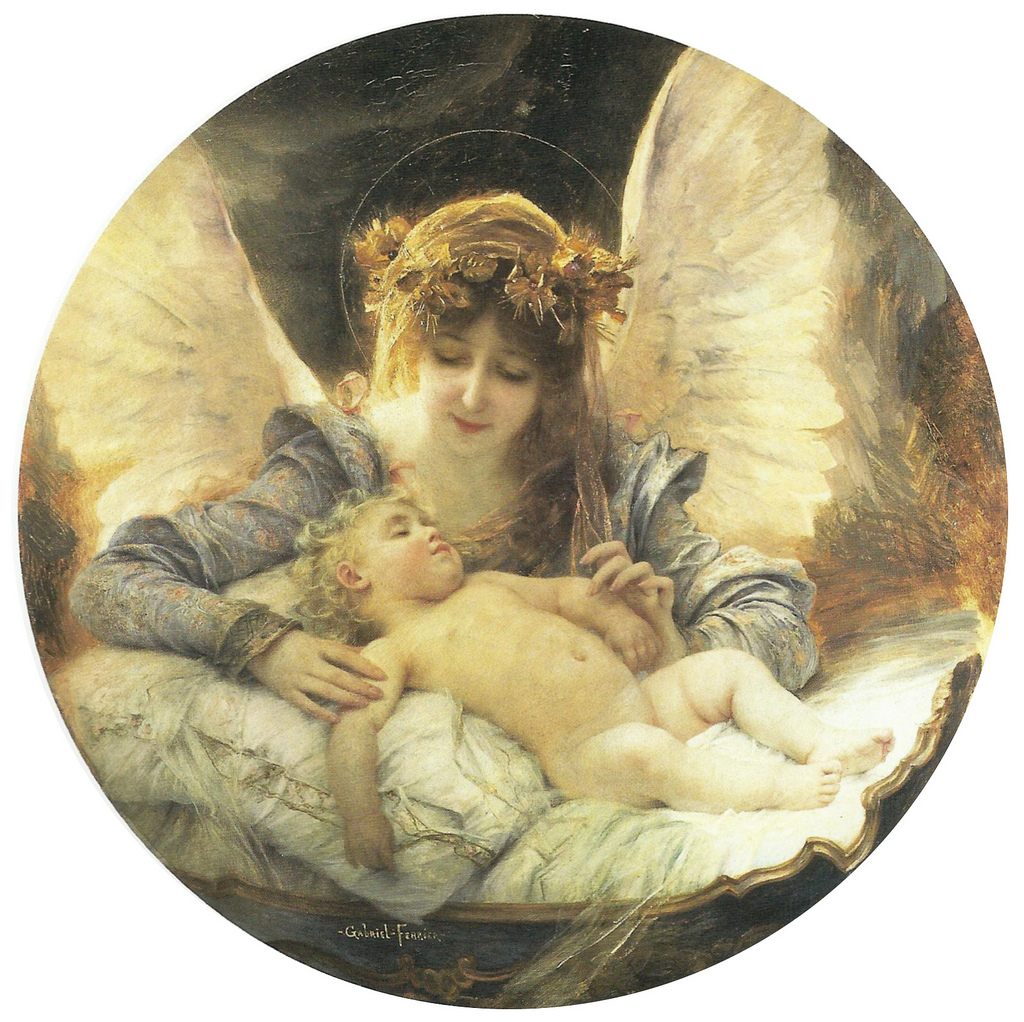 Gabriel Ferrier is an academic painter, portraitist French ( 29 September 1847 in Nîmes – 6 June 1914 in Paris). Prix de Rome in 1872, he was a professor at the National School of Fine Arts and a member of the Academy of Fine Arts. He was born in in Nîmes father a pharmacist. Entered the École nationale supérieure des beaux-arts in Paris, he was a pupil of Ernest Hebert and Isidore Pils . He exhibited at fairs in 1869. Winner of the first great prize of Rome in 1872 to paint a “flood stage”, he stayed at the Académie de France in Rome between 1873 and 1876. Back in France, he specializes in celebrity portraits, representing the personalities of the time of the Third Republic. In 1883, he traveled to Algeria where he reports some Orientalist paintings. It offira one of his paintings orientalist her friend Martha North-Siegfried (1866-1939) who later founded the Pythagorean Library of Strasbourg and the Red Cross in Alsace. He gets a gold medal at the Universal Exhibition of 1889. He later became a teacher of drawing in schools of the Legion of Honor and teacher at the School of Fine Arts, succeeding Jean-Léon Gérôme.