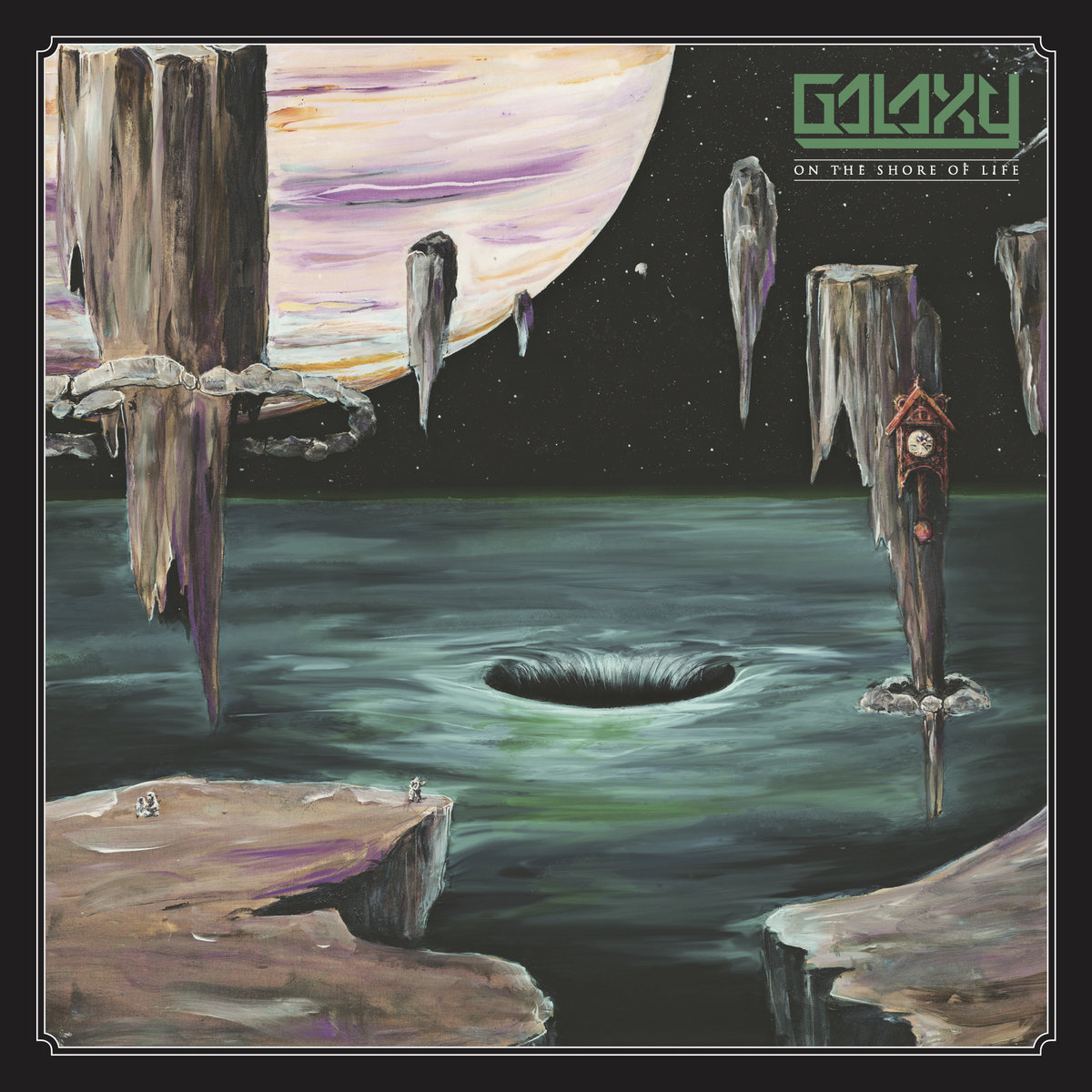 On the Shore of Life with Stu Callinan, Phillip T. King

Stu Callinan: ‘On the Shore of Life’ follows our debut EP, ‘Lost From the Start’. This time around, we expanded more on our sound and took it to darker places, which was certainly more dynamic and adventurous. Writing began in late 2019, and it all happened rather fluently. We didn’t initially set out to write another album, but song by song, we knew we were finding our true sound and had to continue the process. In terms of the creative process, I generally find inspiration in records of old and new, subconsciously being influenced by those sounds, or I gather inspiration from the surrounding environment I’m in. I come up with riffs, formulate a song with some demoed mapped drums, and then send the song to Phil. He writes lyrics, vocal melodies and phrasing and sends back a near-complete song. We then workshop it together, and I record his vocals, and we’re done, in a pre-production sense. Gather the best and hit the studio. This time it was Holes and Corners out of South Melbourne.

Phillip T. King: The main lyrical concern for Galaxy is travel, both physical and mental. The “journey of life”, as they say. My sci-fi interest comes through in parts. I love the escapism and fantasy of heavy metal, but I am also generally fascinated with life and death and the concept of time; how humans react to the passage of time. Inspiration comes mainly from literature and film and filtering personal experience through that.

Stu Callinan: I don’t have any fixation as such or have anything romantic to add to this, it’s literally when I get a chance to play my guitar, and something sounds good, I develop it. I’d love to hit a rural, isolated cottage studio for three months and write records, but the reality is, I pick up the guitar in the hours (or minutes) of the day I’m gifted with the time that allows it. Generally, when I write, it all happens rather quickly. I won’t write for three months, and then I write that one song (this time it was ‘Valentine’), and off I go, the album was written quickly and efficiently again. Just a matter of capturing the creativity, Phil, sometimes within a week, has vocals back to me; we work so well together it’s a real treat and the most joyful part of being in the band.

Phillip T. King: For me listening to and making music is very much a magical thing, and anyone is capable of it; as listeners and participants, it does awesomely unite us. My personal philosophies I like to express through my lyrics but hopefully not irritate the listener by being too obvious or ridiculous. I was about ten years old when I heard Metallica’s ‘Ride the Lightning’ through my brother’s bedroom door. I will never forget that moment; I couldn’t describe it, absolute magic. At the age of thirteen, when I heard Judas Priest’s ‘Victim of Changes’, however, that was the moment I knew I’d be in this for life.

Stu Callinan: Music makes me tick. Other than my family, music is why I operate as a human. I feel that music is limitless; I feel free within it, making my brain fire with life and opportunity. Important to the world? I’m not sure when I think of the world; I think of the popular masses. What is ‘popular’ is hideous; I think the general population is influenced negatively by the noise of popular music. I mostly listen to black metal, and yes, many a spiritual experience is to be had within that genre for me. I generally listen to music in headphones, so I think music is used to unite ‘us’, no. I don’t write to unite people. I hope our listeners will gain more than just pure entertainment from our music. I’d hope they’d contemplate on it or gather some strength or form some reflections from it, but hey, the bridge riff in ‘Bargaining’ from reports is largely pure entertainment, and I’m ok (and stoked) with that too. Check it out.