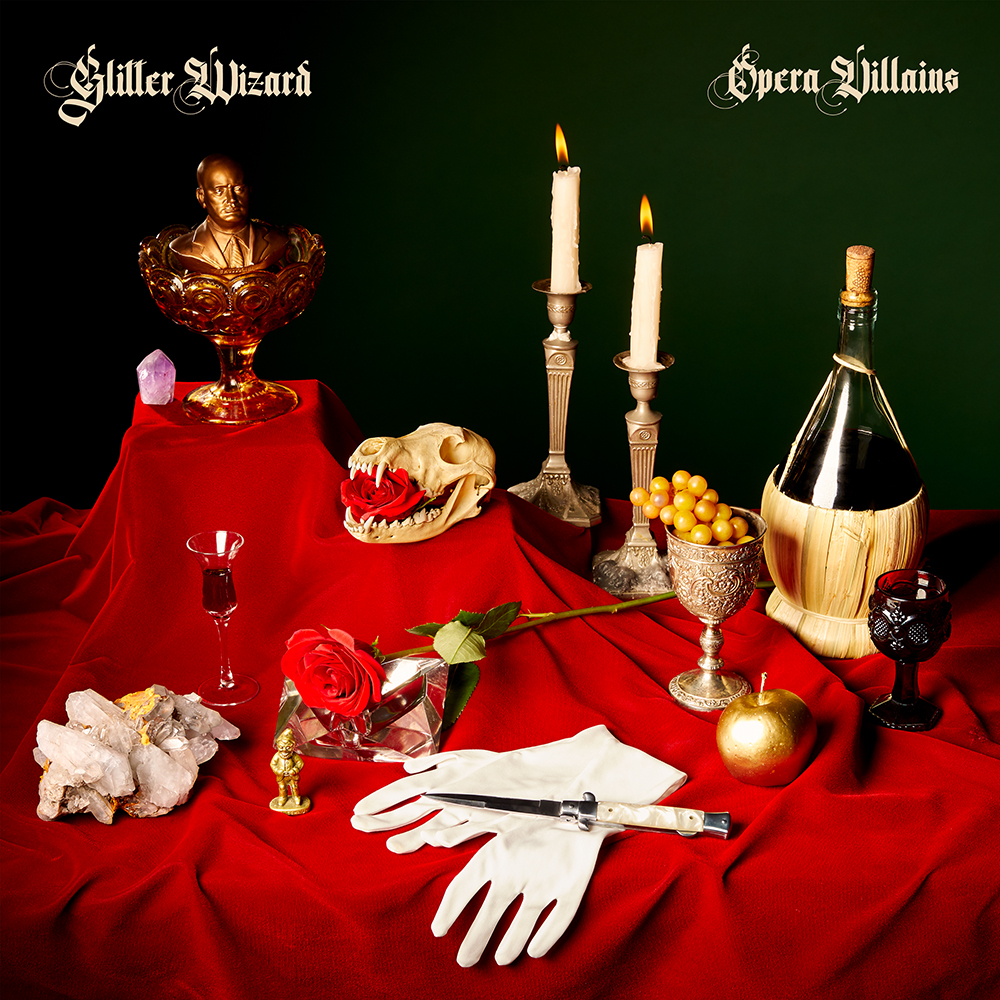 San Francisco’s Glitter Wizard have been playing heavy glam rock for over a decade and just released their fourth studio album ‘Opera Villains’. We have been together for around eleven years at this point. We had a few line-up changes in the beginning, but the current crew has been together for nine years. We have released four LPs, three 45s, toured Europe three times and played many great festivals like Roadburn, Desert Daze, Burger Boogaloo, Desert Fest, Muskelrock, and Psycho de Mayo to name a few.

Our latest release is ‘Opera Villains’ which came out on Heavy Psych Sounds. While much of the album has the same hard rock tone of previous albums, we decided to experiment more with the format and included several songs and interludes that give the album a more dramatic feel. We all have a wide range of musical tastes and try to weave a lot of different influences into our music. Most of our biggest influences come from proto-punk and metal. Anything that rocked in the late 60s through early 80s.

I am a professional illustrator, so I do all of the artwork for the band. We put together a great crew for the ‘Opera Villains’ photoshoot. Our buddy Rob Williamson did the lighting and photography, and Janiece Gonzalez did hair and make-up. For the front cover, we wanted to set the stage for a story but let the viewer determine what is going on. I like to think of it as a meeting place for the opera villains to discuss their evil plans. Most of my inspiration comes from film and literature, especially science fiction and fantasy. The title for the album came from a discussion about one of our favourite 80s movies, but I will let you try and guess which one.

I did not set out to have a lyrical theme with this album (as compared to our last one), but I unintentionally seemed to have included a villain in every song. Perhaps the “opera villains” were guiding my unconscious the whole time.

I don’t think it metal was ever “dangerous”. I think metal is funny. At least the good stuff is. Dressing up in studded leather and singing about dragons is fun and goofy and only appears dangerous to outsiders. If you take heavy metal too seriously, I think you’re missing the point.