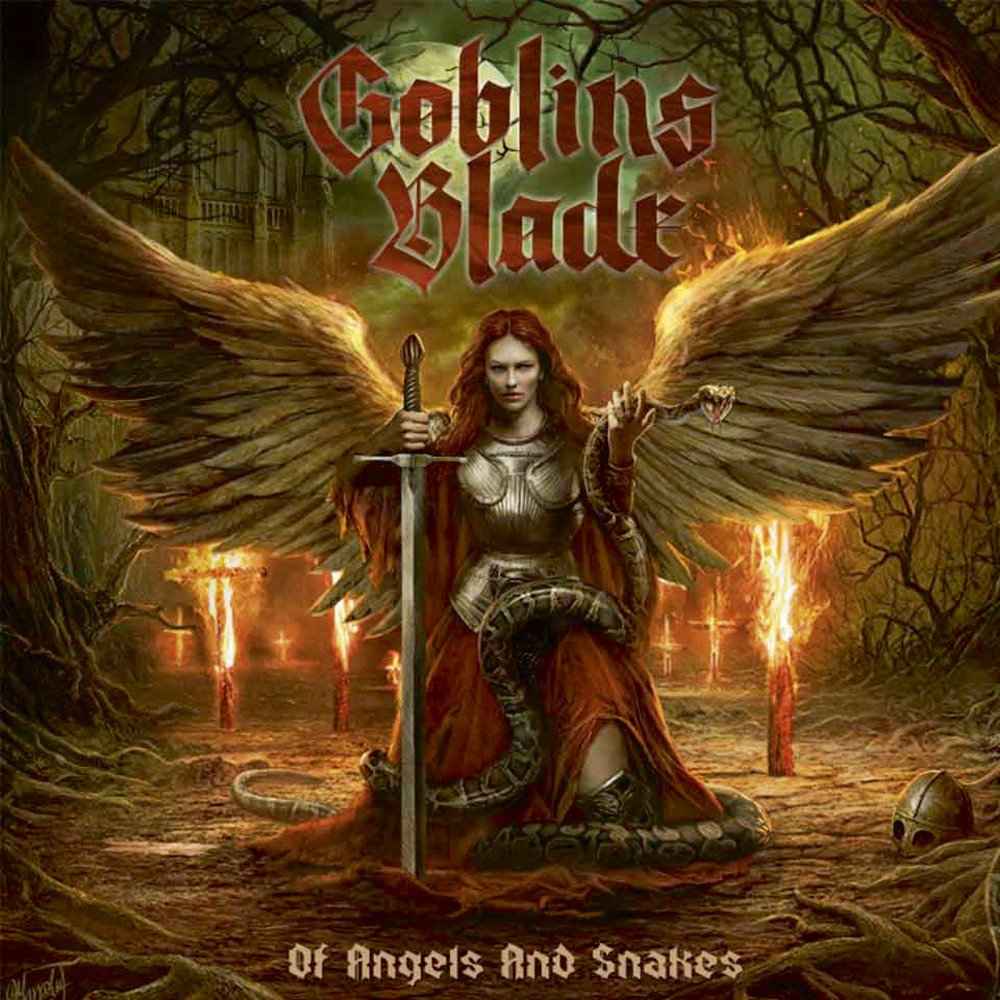 Of Angels and Snakes by Jörg M. Knittel

I founded the band in 2018 and thought about a suitable band name for a long time. It’s really not easy these days to find a good-sounding name that hasn’t been used yet. Then one day I listened to the band Heathen who have a song called Goblin’s Blade on their debut album. So I thought it would be a great name for a band. I left out the apostrophe because it looks better that way.

Our new album ‘Of Angels and Snakes’ it’s about the old theme of good and evil. As a synonym the angels and the snakes. It’s not a concept album, though. I think it fits very well. It sounds like heavy metal. We are mainly influenced by US power metal bands like Metal Church, Omen, Helstar and Savage Grace. But there is a bit, Judas Priest, here and there, too.

I grew up with bands like Iron Maiden, Judas Priest and Accept. Then they came the US power metal bands like Metal Church, Sanctuary or Savage Grace along. Since then I love this style of music and it quickly became clear that I wanted to play this music myself. That hasn’t changed until today.

We have no specific preoccupations. Sometimes there are pure fantasy stories like ‘The bell is broken’, but also from time to time real topics that move me, for example in ‘Snakes from Above’, which is about child abuse. Many lyrics are deliberately kept a little more open so that everyone can make their own thoughts.

I think everyone can define the term dark arts for themselves. For me, a perfect example of dark arts would be the album cover ‘To Mega Therion’ by Celtic Frost. H.R. Giger was brilliant. I also like epic covers very much, Rainbow ‘Rising’ is a perfect example.

When the album title ‘Of Angels And Snakes’ was fixed, I thought about which artist could do this well. Then I came across Dusan Markovic, whose work for Steel Prophet, Jag Panzer and Mystic Prophecy I really liked. I definitely wanted a female angel with a snake in hand. Dusan had a free hand with everything else and that worked brilliantly. The cover looks classy and goes perfectly with the music.