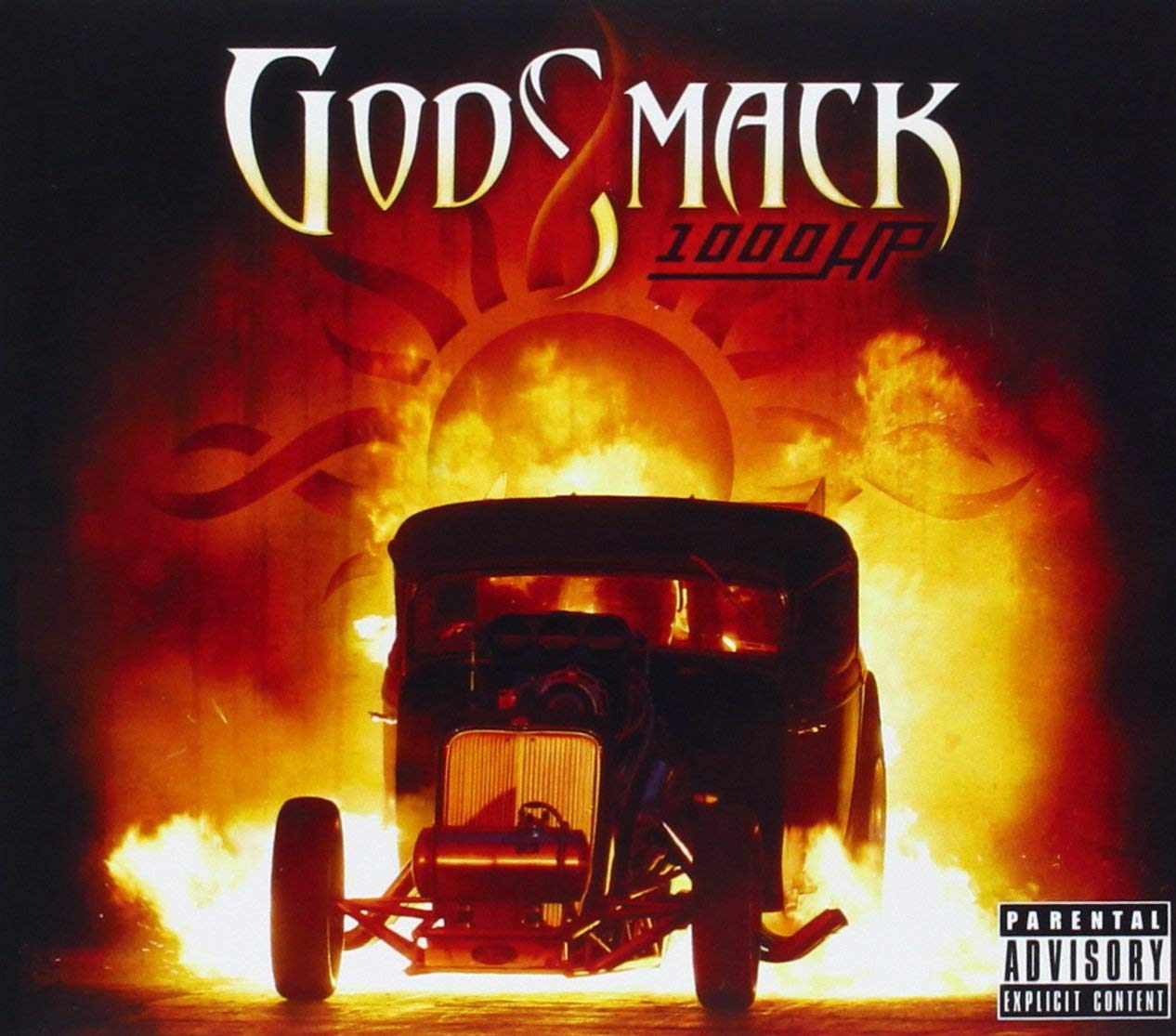 Godsmack is one of the heavy-hitters of metal music. Sporting three consecutive number-one albums and a worldwide fan-base, Godsmack have more than earned the respect of even the most high-brow rock/metal critic. It’s no surprise that so many of the people who attended the last day of Download were excitedly talking about the band’s furiously pumped performance. Heavy Music Artwork caught up with Sully Erna in the press area.

Andy (HMA): We’re here on the final day of Download Festival with Sully Erna of Godsmack, a band that needs no introductions.

Sully Erna: It’s been a great man. It’s our first time here, it took us quite a while to get to this festival, unfortunately, but we are here now. It was really everything that people said it would be. It’s a great crowd. It’s a really cool experience to see all these bands come together, and it’s so good for the fans to be able to get such an eclectic array of music. I think it’s pretty cool, I wish they’d have more stuff like this in the States.

Andy (HMA): Why do you think it took so long? You guys are a platinum-selling band after all.

Sully Erna: Well, unfortunately, I hate pointing fingers, but we had a really hard time with the support team and our record label back then. We came through here with some of the biggest bands: Metallica, Black Sabbath and so on, but we weren’t getting the support that we needed. As people know it’s very expensive to tour in Europe for American bands if you don’t have a proper support team with you. We had to make some changes and now we don’t want to look back to the past.

Andy (HMA): Are there more European tours in store for you in the near future?

We plan on coming here a lot more frequently now, at least a couple times a year, and continue to build a fan base. We really do feel like we have a good brand and that the people here enjoy what we do. We would like to be able to get the same stage production we have back in the States over here at some point and show this audience what we really do in a headlining status. So that’s the goal: onward and upward.

Andy (HMA): When playing something like Download, do you find it challenging to fit all the songs you would like to play in a set? Considering that time is limited and you’ve got to be really on the dot.

Sully Erna: In this specific situation it’s a little bit tough because we have thirty minutes. So that’s about six songs, and you’re supporting a new record so you’ve got to do a couple of those, and then you try to pick one song from each record that was maybe the strongest song and give people a little bit of a mixture of everything you did over the years. That’s the best you can do in thirty minutes.

Andy (HMA): Are you pleased with the reviews and fan feedback on your last album?

Sully Erna: Yeah that one seemed to really go great. Somehow they’ve seemed to have related it back to the energy and emotion of the first album. Which was kind of cool, and that really became the theme of the record: taking it back to the early days and being a band again. As you grow as a band you go through all of these things where you’re really excited and then the band starts to take off and blow up, and then you’re really proud of that and then the business gets in the way and you learn about all this crap. It really can distort the perception of music and what you’re supposed to be playing music for, which is the love of music. It was nice to come full circle and bring it back to the music. To play and write and record stuff that we really enjoyed playing.

Andy (HMA): Do you have any insights about music promoting and production? Considering that the industry has changed so much in the face of new technology and things are digital now more than ever.

Sully Erna: Yeah well, that’s where this world is going. Music, in general, is very cyclical, rock especially is very cyclical. As you know right around 2003-2004, it really started to go in a weird downward direction. The attendances were low and rock music, in general, was kind of taken over by urban and pop. Now I think that has had a pretty good run, and now I’m starting to feel an upswing in rock music, which is great for us and great for the rock bands out there.

As far as where this world is going with music, I’m a big fan of analogue. I always have been. When I go home I still listen to vinyl records. The thing I think I’m most proud of is that this band, we don’t run any tape, we don’t run any Pro Tools. It is four guys on a stage playing their instruments. You could see a great show or you could see a really bad show, but it is what it is. To me, there is beauty in that. I love listening to old bands. The Janis Joplin and the Hendrix-es, they hit a note and they don’t quite get there and they crack a little bit. There’s brilliance in that. It’s too bad, people today are polishing it too perfectly.

Andy (HMA): So what do you feel about the tendency in modern rock to really amp stuff up with effects?

Sully Erna: I love to play with effects and when you bring them on tastefully it’s a good thing, it could add a lot of flavour to the music. We try not to overlap things so much that we can’t perform it live. The one thing that we really take a lot of pride in is trying to deliver the songs as you hear them on the CD, if not better.

Andy (HMA): What are some other bands that you are excited to see at Download?

Sully Erna: Well first let me say I was really excited to see Billy Idol. I just think that guy is so cool. Unfortunately, we can’t stay too much longer. Once we’re done we have to catch a flight to Bulgaria and continue the tour.

Andy (HMA): I was going to ask about that. You’re headlining at Burgas, right?

Sully Erna: Yeah, Burgas. We’re doing Moscow, Russia, we’re doing a few Russia dates, and we’re doing Romania. We are bouncing back and forth to France, and Belgium, and Luxembourg. We still have some travelling to do.

Andy (HMA): Are you looking forward to Bulgaria?

Sully Erna: Oh my God, I have to tell you right now. Out of all the countries that we’ve been touring in Europe, I am really looking forward to Bulgaria the most.

Andy (HMA): I hope you enjoy it. I don’t think you’ve played a show there.

Sully Erna: We haven’t. I have a solo band that I do, I put out a record called ‘Avalon’, my cello player is a classically trained cellist from Bulgaria. She’s told me so much about it over the years, she’s got me so excited to go to Bulgaria now. I know a couple people out there so I’m just really looking forward to it.

Andy (HMA): I hope you enjoy it. Last question: does travelling all over the world affect your family life and the people close to you? How do you juggle those things?

Sully Erna: That’s a very long answer, but I’ll give you the short version. It can be very challenging, it can be very difficult, and unfortunately, this is the nature of the beast. It is a very bittersweet relationship with music because you’re a true musician and a true artist you really do have a passion and a love for it. But you also love, unconditionally, your children and your significant others. The keyword for making that work is a balance. Give what you give when you’re out here 100%, then when you go home you shut this down and you give them 100%. It’s the only way to balance it out.

Andy (HMA): Thank you so much for your time, Sully. Hope you have a great tour.