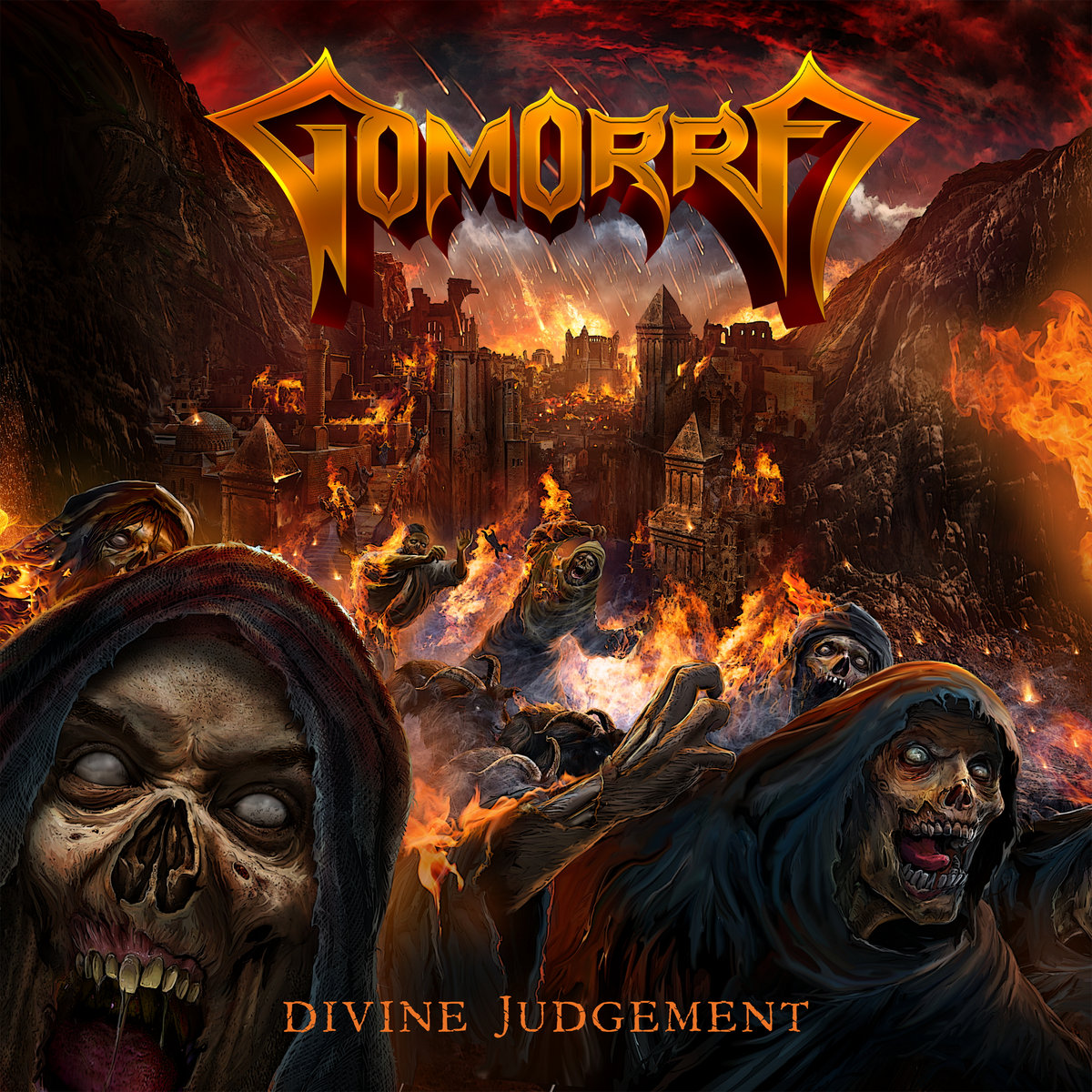 Gomorra is something like a fairy tale story. The name can also be found in the Bible, and for me, the Bible is also something like a fairy tale. It’s not that easy to tell but in the end, it is a name with a big background story from the most popular book in the world and I’m proud to play in this band with this great name! A good friend gave us the idea and I’m totally happy about it.

‘Divine Judgement’ is telling a story about the people who are living in the city of Gomorra. It’s the story close before the end is coming and it’s also the story about the people. Not only bad people were living in that city, but no also normal ones, like everywhere else. If it really happened or not, every city, family or religion has normal people and idiots to offer. What mankind is like. The music fits perfectly with the title, I think.

My music influences are from Slayer to ZZ Top, full spectrum. I love the playing style of Yngwie Malmsteen but also from John Schaffer of Iced Earth or Eddie Van Halen. In the end, it’s a mix of everything. But I’m also not the only one composing, we are always working together as a band, for every title or for every theme.

No philosophy but for me, US power metal is definitely the most powerful sound of the genre. But I’m also a big thrash metal fan since a was a child.