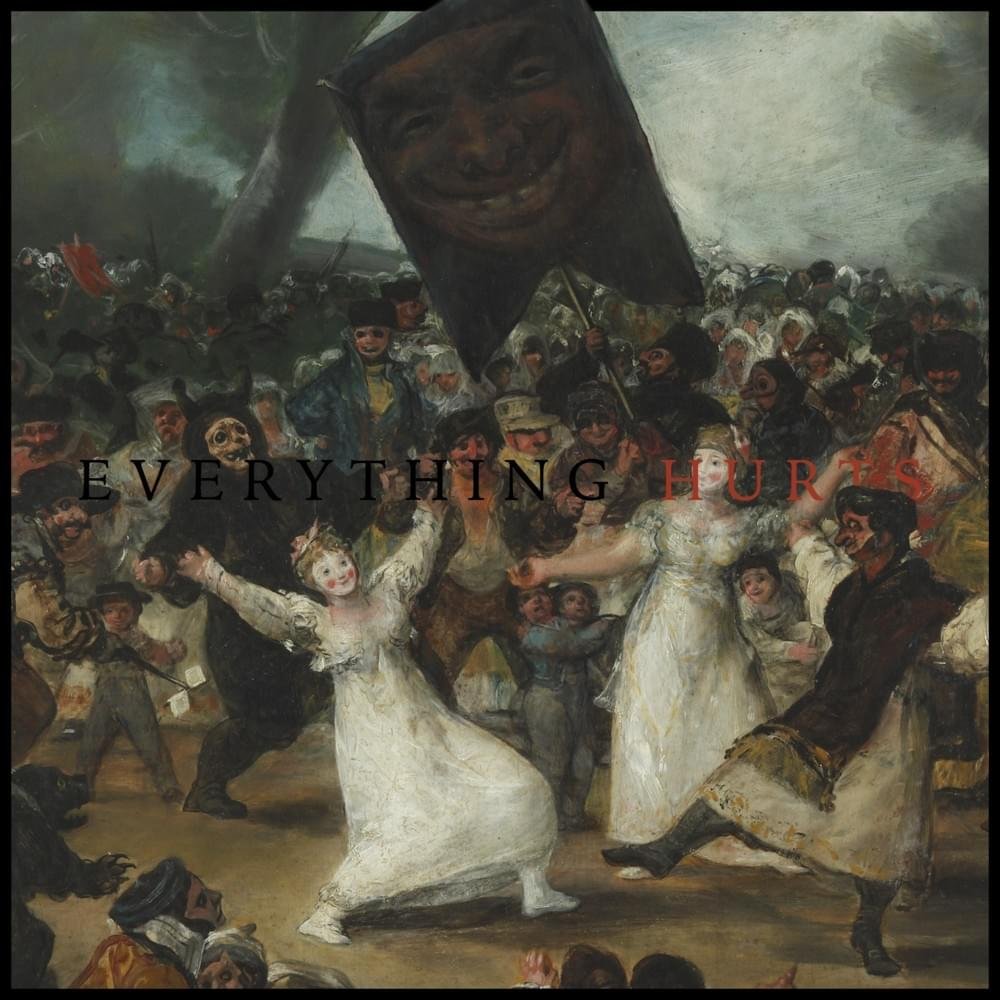 Grayscale Season is a four-piece band from Kungsbacka, Sweden. Drawing inspiration from bands like Deftones, Converge, and The Acacia Strain, they play groovy metalcore. To your question, what is Grayscale Season? Not as often as one might think! We live in Kungsbacka, which is a 20-minute drive from Gothenburg, and here, as in London, it’s always gloomy, and if it’s not raining, it’s snowing.

‘Glitter’ is the first single for the album “Everything Hurts”. When we wrote that song it turned out really heavy, especially the low C part at the end. It’s a really dumb song, super easy to play, standard structure, and then it just becomes stupid low with the C. So to balance that out we wanted to give it a name that highlighted the contrast from the rest of the album. Then the outro, this Bossa Nova-feel was the cherry on top.

We are all born in the 90s, so we have the 2000s to thank for our taste in music. Rather than being another “Gothenburg sound” band, or just playing plain Metalcore, we have always strived for finding a balance between heavy music, groove and melody. Sounds like I’m describing the “Gothenburg sound”, but we are way too Americanized for that… In the end, we are just a product of our surroundings.

We don’t strive to change people’s minds. We want to connect, not throw our opinions in other’s faces. People get fed enough of that already from traditional and social media. In the end, our songs are about things that we feel and the thoughts we have. Themes on Everything Hurts reign from suicide, drug use, anxiety, loss, love and to the determination that it takes to climb Mt. Everest.

About Dark Arts. that makes me think of Harry Potter. But on a serious note, we care deeply about our presentation and the aesthetics. How well versed in the dark arts, I cannot say. But there was a mantra during the making of Everything Hurts. It’s just that. Everything Hurts. “No Pain, No Gain”. Growth comes from diversity and many times from struggle. I might want to hear the story of a man sitting in a corner smiling, but I’d much rather talk to the other person crying in the next.

We found a painting from Francisco de Goya called The Burial of the Sardines, dated to c. 1812-1819. It currently hangs in the Real Academia de Bellas Artes de San Fernando in Madrid. To quote Wikipedia; “The title is posthumous, referring to the culminating event of a three-day carnival in Madrid ending on Ash Wednesday. Masked and disguised revellers are seen dancing their way to the banks of the Manzanares, where a ceremonial sardine will be buried. Goya does not illustrate the fish in the painting, nor the large doll made of straw, called a pelele, from which it hung; the centrepiece is the darkly grinning “King of the Carnival”. Immediately when we saw this painting, we just had to have it. It felt like it matched the tone of the album. There’s something about the grimy but still celebratory nature of the art that really speaks to us.