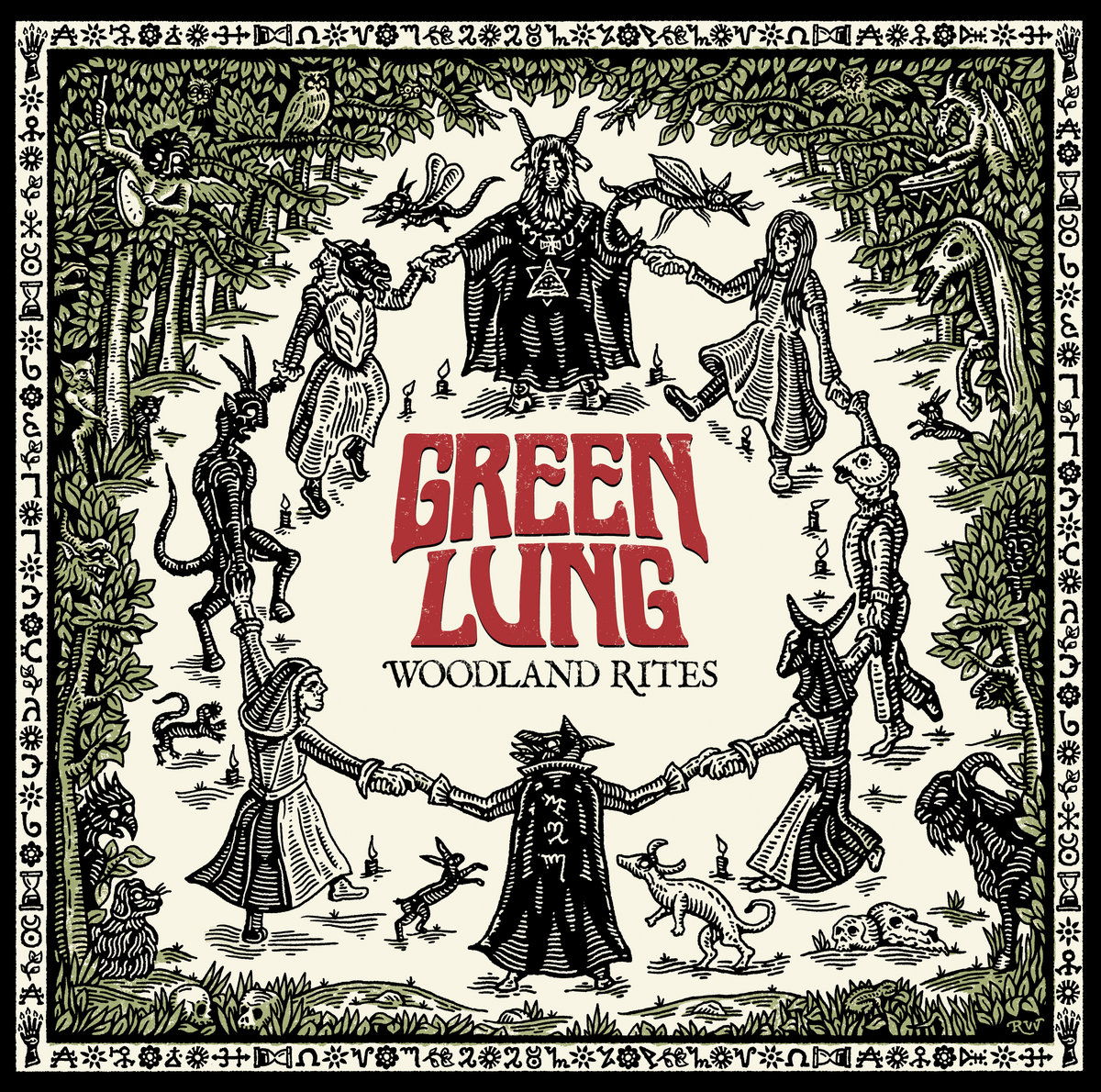 One of the leading lights in the UK’s heavy underground scene, Green Lung’s sound harks back to the golden days of psychedelic rock and proto-metal, injecting those classic sounds with occult venom and punk energy. They released the critically acclaimed debut album Woodland Rites in March 2019, and have toured and shared stages with the likes of Conan, Conjurer, Primitive Man and Puppy. In 2020 they will be touring the UK and Europe and playing festivals such as Desertfest, Bloodstock and Hostsabbat. Our music can be described as old English Black Magic Doomed Rock & Roll.

‘Woodland Rites’ is our debut album – we’d been a band for two years before recording it, and the writing process was fairly quick. Our guitarist Scott writes the backbones of the songs, then I (Tom, vocalist) write the vocal melodies and lyrics over the top. It’s not a concept album, but we wanted the whole thing to feel like a coherent whole, and really think about the way it flowed, especially when tied together with the lyrical and visual concept.

We’ve always wanted our lyrics to have a distinctly British sensibility – we were fed up of heavy rock bands in the local scene singing about driving through highways in the desert when they haven’t been further than the M25. We’re obsessed by that strange time in the early Seventies when British ‘occulture’ reached the mainstream, and lots of our lyrics take inspiration from films like The Wicker Man, Witchfinder General and Blood On Satan’s Claw. But we try to tie that sensibility to modern political or personal themes, rather than just use it as background.