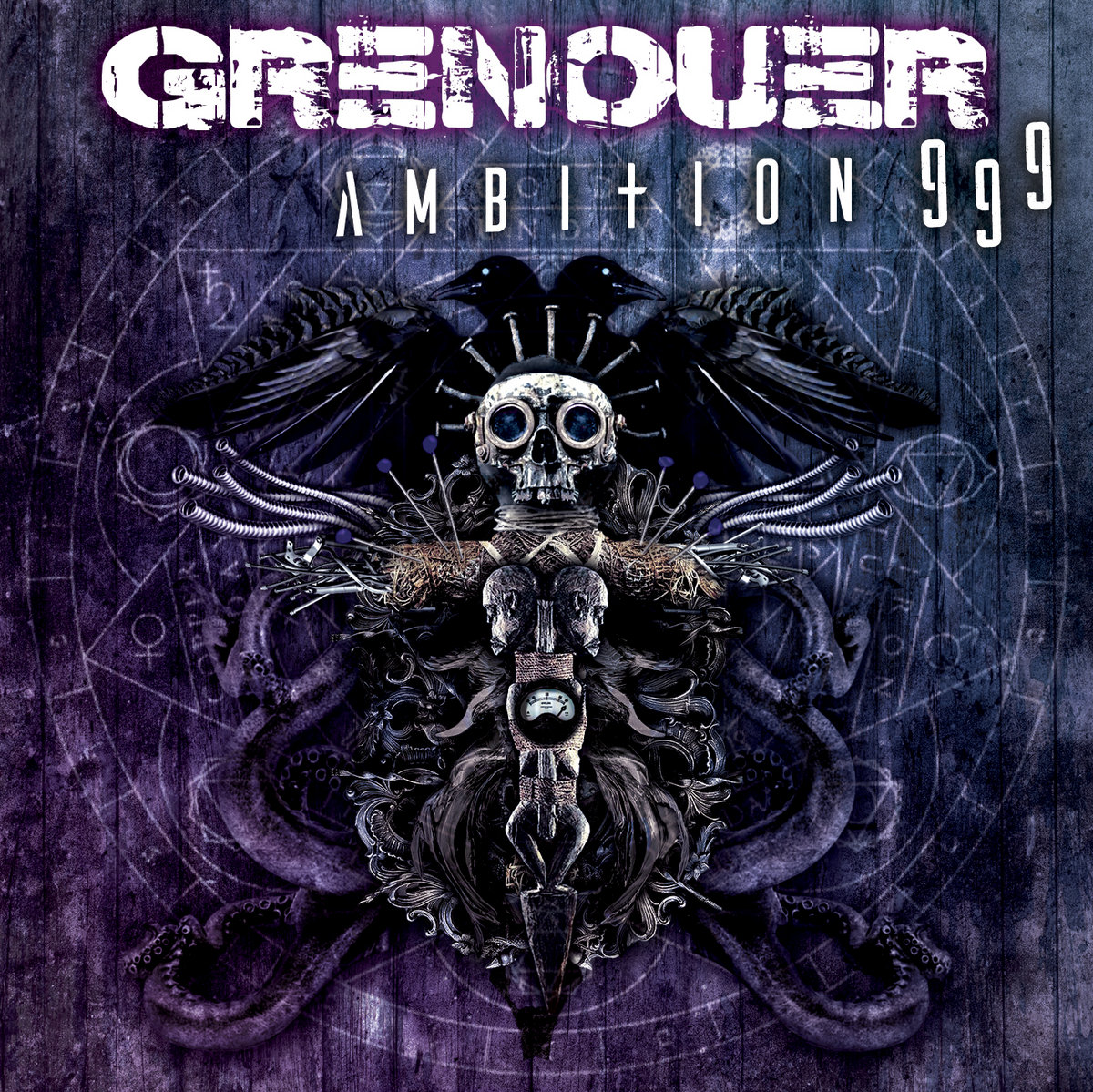 Grenouer latest release is already not quite new. I am talking about the deluxe edition of the album ‘Ambition 999’, which includes bonus tracks and a DVD, and it has been a year and a half since it saw the light. The apparent reason for the absence of any new music released is the global disease outbreak. I know that some musicians benefited from the gross intermission and record and a lot of new material. Still, in our case, Grenouer just couldn’t proceed with the new songs because of closed studios at first and continued turmoil then, when so many things just still do not get back to normal. Even though we have more than 20 new songs, the band, at the time being, is stuck somewhere between recording and mixing. Therefore, I still have to discourse upon ‘Ambition 999’. Contemporary melodic metal is firmly based on traditional rock music, not markedly extreme, not sophisticated, and a long record indeed, over 1 hour of pure music. The title implies that this is Grenouer’s 9th full-length album, suggesting lots of symbolism underneath. The word ‘ambition’, a fierce and crucial desire to achieve, is not only about music. It is something that might keep a person protected from being manipulated. And, isn’t that title a proper linguistic blend?

I got into heavy music a lifetime ago. I was a teenager. The 1980s were an amazing period to get into music, hard rock, heavy metal, and thrash. Later on, it could be heard on the radio and TV, and it felt like my cup of coffee. And, it is so nice not to grow up, because heavy always means breathtaking, entertaining and different from anything else, both to listen and to play. In addition to listening to bands, it was trying to understand the scene, read the press, watch documentaries and interviews, get any information, and believe me, that was a true challenge in the expiring USSR. I mean, the music from the west was not forbidden anymore. Still, everything was incredibly expensive due to a shortage of records, magazines, posters, VHS, and magnetic tapes. You had to be vigorous, ingenious and enterprising about getting access to exclusive things, and it was about forming your community. I think these early days of being a devoted music fan remain the foundation stone of me being a devoted musician today. Maybe a high level of simplicity is the root of sincerity. Creativity should be fun, if you are too severe, you tend to forget the secret of genuine enjoyment, and you are likely to become boring and dissatisfied.

The lyrics also got to be airily written whenever possible. I like Pink Floyd or Queensryche concept very much, but I have never prioritised lyrics over the music. I write lyrics according to the rhythmic patterns, rhymes and words comfortable to sing and remember. Considering that heavy music has certain clichés, there’s no need to reinvent the wheel. I stick either too strong emotional states, social themes, something sick, dark negative or, quite the opposite, excessively positive, and normally lyrics sides with riffs.

The latest album was released twice. Both versions have convincing front covers done by Jobert Mello from Brazil and Vladimir Chebakov from Russia (now the Czech Republic). Vladimir’s version is based on his painting named ‘Louhi The Witch’. I think that both artworks match the title ‘Ambition 999’, the album’s general mood, and make a statement. The method of cooperation with artists depends upon tasks, timing and other variables, but I hope that our discography looks recognisable.