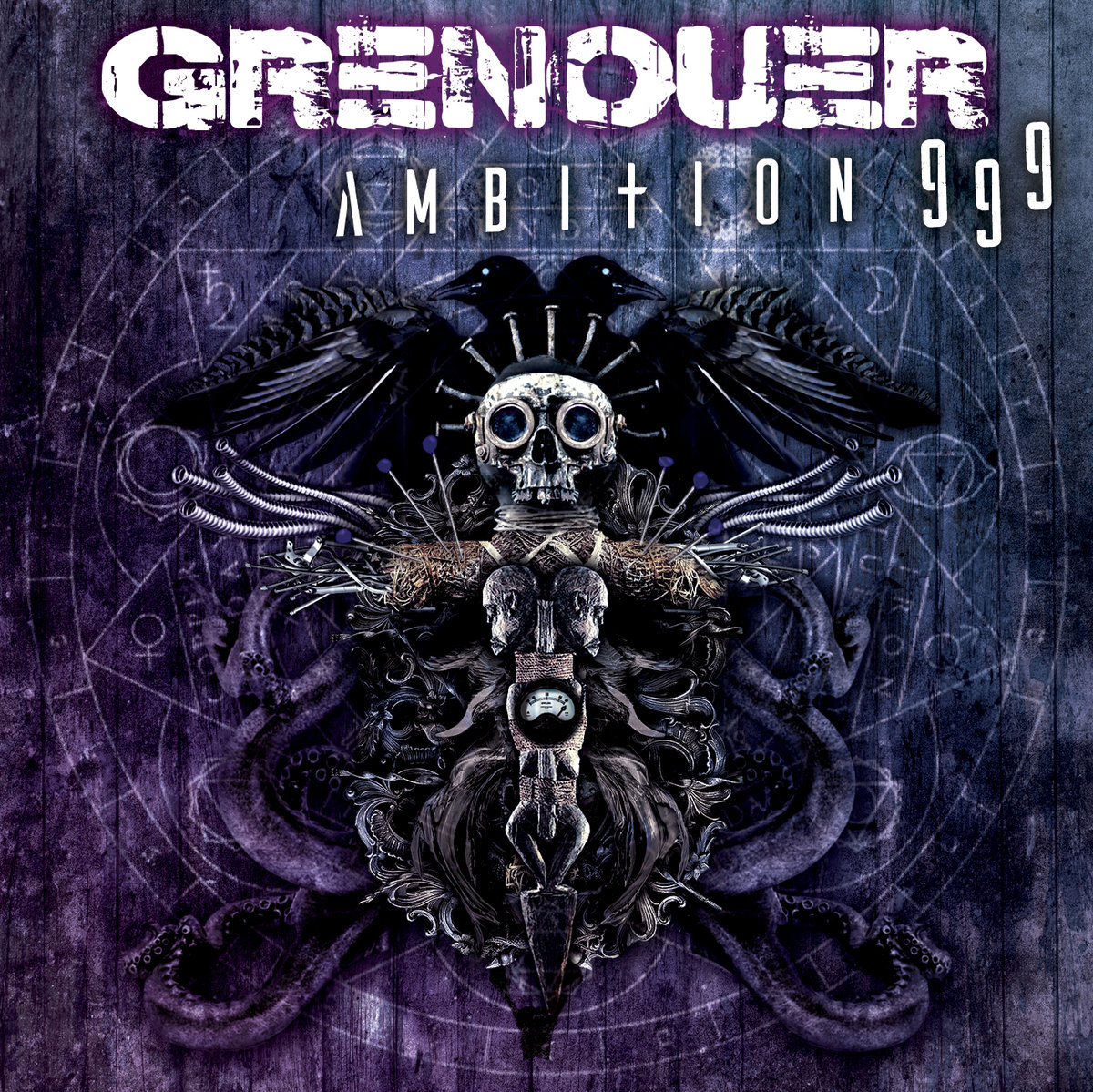 Grenouer is a Russian metal band, that was formed already in the early 90s. Initially a death metal combo, Grenouer gradually evolved into radically different, decidedly melodic forms of metal. Grenouer never chanced to experience a meteoric rise to the top of the charts, yet always kept recording albums, releasing them worldwide and playing live. The band is about to release a 9th album called “Ambition 999” through Greek label Sleaszy Rider Records.

These days the band is quite melodic but unquestionably metal. I discovered heavy music in the 80s, being a teenager, completely unaware at first, how different metal might be, bigger than the universe. Black Sabbath, Kiss, Def Leppard, Venom, Kreator, Death, Napalm Death, Immortal, Ministry, Slipknot, Tool, Mastodon, Mnemic, Textures, Periphery… each band is so contrasting, just like chalk and cheese, so I tend to believe that Grenouer cannot be strictly categorized. During the whole 90s we were too focused on traditional metal to step into the new millennium with the craving for something different, not very different at first, yet eventually offbeat. That means we fixate on proper songs now without a discussion of terminology. Guitar riffs together with drums, bass and melodic vocal lines – fair enough?

The new album turned out a long one and time-consuming. We estimated to record the album really fast, however it took the band several years to bring it to an end. The production got started at Astia Studio (Finland) under supervision of Anssi Kippo, the producer most famous for his cooperation with Children of Bodom. Lots of production path-breaking tricks took place, including live sound recording. However, on return Grenouer resolved to refurbish and to reproduce the album almost from scratch, I even rewrote some of the lyrics and raised the issues of song structures and diverse rearrangements. The album, that also saw lots of guest appearances, was ultimately finalized with the producer Giuseppe ‘Dualized’ Bassi (Fear Factory, Mnemic). The outcome presents itself a 55-minutes release esoterically entitled “Ambition 999” and I hope that it fully satisfies expectations.

The lyrics are quite personal, I am dealing with my own observations, fears, inner turmoil, however, never forget that it shouldn’t be the wild stream of consciousness. Well, it’s rock, metal, and my name is nothing close to Walk Whitman. Themes and topics need to be just sincere and catchy. Let’s also consider that I am not a native speaker, so, using English, I have to provide something coherent, avoiding twisted symbols. This doesn’t mean being primitive, I cordially welcome you to my elegant interpretations of the outside world.

Grenouer has obtained broad experience of cooperation with various artists – Mickmo, comics artist from Kansas City, Juha Vuorma from Northern Finland, Didier Scohier from Belgium, Simone Sut from Italy, not to mention Russian artists, so every time we obviously presume, what feeling the front cover artwork might acquire. It is not a must though to turn it into a categorical illustration. The picture should convey thoughts, reactions and probably even questions. I don’t mind someone claiming that the image doesn’t fit the music or the album name, or someone giving me a full explanation of the artistic concept, which in reality might be completely different. Our mission is far from all-encompassing presentations, it is just one way or another. Brazilian artist Jobert Mello (Sledgehammer Graphix jobertmello@gmail.com ) suggested us something that immediately felt right for the new album. I reckon this front cover as the collective vision of the 2010s, technology mixed with prejudices, tattered aspirations. The year 2000 was promising a lot if felt like science fiction knocking on our doors. In reality, to a certain extent, we are facing a massive throwback, when gadgets do not save from rigid dogmas. The rest of the artwork, booklet inlay, was accomplished by Simone Sut (New Breed Studio simone.sut@gmail.com) and there we expressed the idea of long-running studio process, in a very metaphorical way.

Books and movies do shape our lives, yet I never estimate them as a direct source of inspiration. Indirect only. We can easily write what can be called a religious song, a political song or a mystical song, yet it is always based on broad contexts. Back in 2004, we released the whole album about wars and still didn’t mention any particular armed conflict. I bet everyone can read between the lines, therefore, why not to speak allusively.

Grenouer is certainly not a teenagers’ band anymore, we are not rebels, not experimentalists, not groundbreakers. It is self-understanding, the drive of grown-ups, who enjoy being grown-ups and manage to get away from delusions. Yet, the pilgrimage continues and we are not going to disperse to the four winds, and that’s fun, not the Sisyphean toil. Speaking about the style, I like to call it Adult-oriented Metal, and the good definition of aesthetics could be Positive Urbanism. Like the majority of contemporary arts.