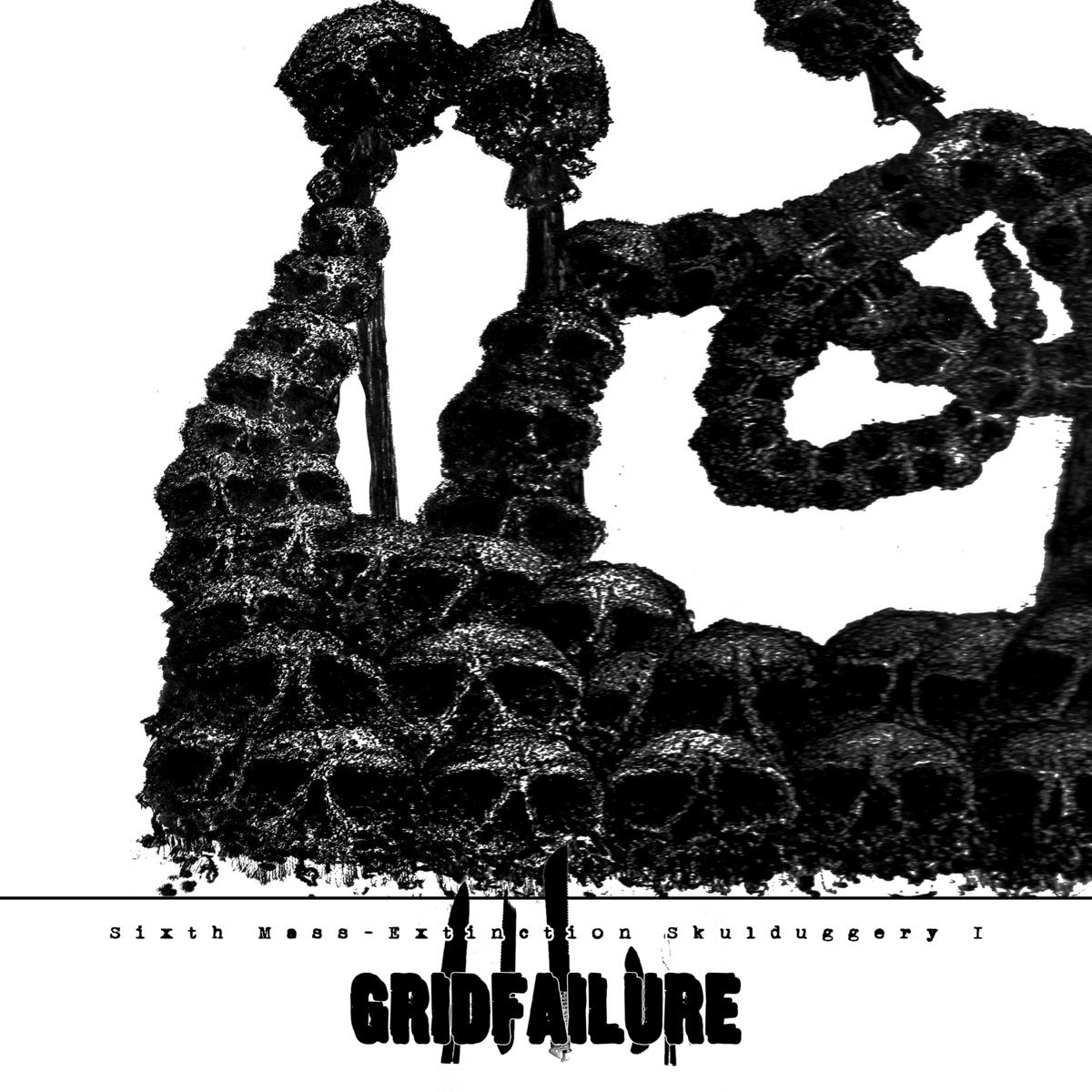 Initiated in early 2016, based in the Lower Hudson and New York City sectors, Gridfailure is the creation of one David Brenner. With an improvisational and confrontational approach, a demoralizing and dystopian vision, the outfit often infuses many outside collaborators’ works but is the material is always wholly performed on and orchestrated by Brenner. In less than four years, the project has yielded nearly two-dozen DIY releases, mostly full-length albums, but with a multitude of collaborative albums, several splits, EPs, singles, and more on the list. Disorienting, self-created videos have accompanied songs from many of the records, which also serve as a projected backdrop for the outfit’s improvisational and confrontational live shows, which have included solo performances as well as sets with a rotating lineup of collaborators. The outfit will release up to ten titles in 2020.

It’s a tortured experiment rooted in the realms of dark ambient, harsh noise, dark hardcore, horror scores, and, more, but the project continually infuses elements of industrial, jazz, punk, world music, folk, and any style which presents itself through a specific concept or collaboration with one of the many other collaborators and artists who take part. The objective of the material is generally to instil unavoidable paranoia, demoralizing gloom, and inescapable wrath upon the listener, and to be a border-free creative experiment for myself. I do carry my political beliefs into many of the recordings, but generally by more surreal and abstract design. Paranoia, revenge, downfall, repeat.

I released six titles in 2019, including two live collaborative performances, a split EP, a collaborative album, and an instrumental album with a wide cast of collaborators, in addition to the first installation of the Sixth Mass-Extinction Skulduggery concept series at the apex of this piece. There are five total albums in this sequence, encapsulating some of the oldest, earliest material recorded with the project as well as new music being created as the series unfolds. Some tracks are fully performed by myself, some have several collaborators. Some of these collaborations have transpired and were recorded in live sessions in-person, while most of them were sent in from friends across the country and beyond, so there are many recording tactics involved. Additionally, I recorded many of the field recordings and even sections of vocals, guitars, percussion, and more in actual harsh weather events including blackouts, downpours, and snowstorms.

The series is based on the manmade Sixth Mass-Extinction which is already underway; record wildfires, rising sea levels, and massive species extermination are all signs that this is likely true. My series is focused on the demise of humanity we can expect as this process unfolds. The first three albums, Sixth Mass-Extinction Skullduggery I, II, and III, focus on the repercussions of warfare, famine, disease, survival, nightmares, and more on human relationships. As resources are depleted, so are morals, and these are tales of nature overtaking mankind as humans raid, overthrow, murder, and eventually consume each other. This all comes to fruition in the fourth and fifth albums, dubbed Teeth Collection and Drought Stick; sort of the after-effects, and mankind’s final, dying days. On

Teeth Collection, the content is dark, woodsy, tribal and world music-influenced album, heavily focused on tribal wars, cannibalism, and murder. Final album Drought Stick is a dry, guitar-drenched record with tales of organ trading, experimental intoxication, mass-murder, and the final disintegration of society as the survivors pray for the Earth to consume all who remain and end the suffering we caused. I hope to have the entire series released in the next two years.

Musically, Gridfailure is an immersive experience for me; it’s basically my testing ground in learning new instruments, it’s where I basically learned how to record and edit, make my first videos, and so on. The vast options of having a project with no true barriers or preset expectations are a constant inspiration to try things. My friends who take part and contribute are always a source of inspiration, as they all have their own talents which usually outweigh my own, which makes it very rewarding to work with folks who want to share their time and work with me on this venture. But lyrically, I just write whatever comes to mind when I’m creating a song. If it’s not appropriate for the concept at hand, I’ll use it elsewhere and start anew. Some lyrics are very straightforward and some are more poetic, but there’s almost always a certain duality or inner/personal meaning beyond the title or implied focus.

I have designed the covers for nearly all of my releases, besides a few collaborative albums which have employed outside artists. However, all of them have been created through manipulated photographs I’ve taken, usually layering or merging several photos. The  Sixth Mass-Extinction Skullduggery series titles are the first Gridfailure albums to employ hand-drawn artwork, which I have also done myself. I switched from the high-colour photo manipulation to stark black and white pen and ink drawings for the series. This Sixth Mass-Extinction Skullduggery I cover shows coils of skulls piled and wrapped like tentacles, with spears holding them in place as an effigy, a Leviathan-esque depiction of one group of humans displaying the overthrow and demise of another. I drew dozens of small skulls through stippling/pointillism with black ink on a whiteboard, not exactly planning out what I was doing until I was underway. The piece that ended up on the cover of the digital version is different from the section that is on the cassette version I’m putting into production. I’ll have similar black-on-white drawings for the next two instalments, and those elements will show through as part of the cover art for the Drought Stick and Teeth Collection albums with additional drawings and imagery pulling it together, or perhaps in a sense even further apart. Much of this is still to be determined and drawn.

I think of Gridfailure more as an art class or “how to make horror sounds” than theory, a band, or a structure of any sort. I have sampled movies, I am immersed in cinema as a personal interest, and I scored an independent short horror movie which is currently being submitted to film festivals and should see release later this year. Horror and cinematic constructs are part of my entire sound and the project’s depiction. I was raised in the church, did my rebellious punk thing, and have long ago abandoned the overhanging thought that anybody is watching long ago. I am free of any spiritual guidance or belief system. I am a pessimistic realist to the most finite interpretation.