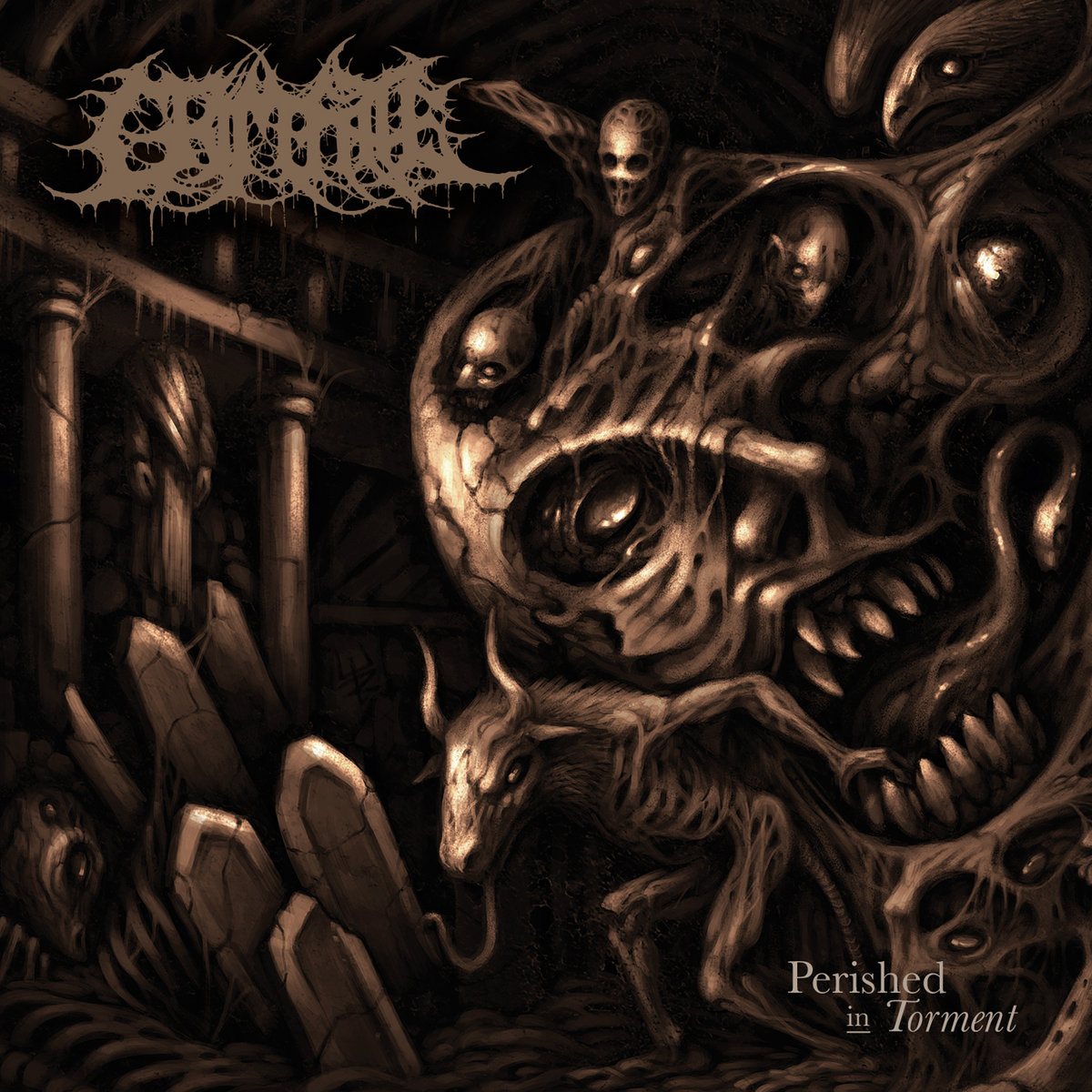 Grim Fate was born in 2017 to create some dark, brutal and doomy death metal. Thus the first demo, ‘Decomposition’, was released the same year, followed by an EP entitled ‘Emerging From the Crypt’ released in spring 2018, just when the band got in touch with Xtreem Music which shown interest in signing them. Any lovers of good old Finnish death metal in the vein of Demigod, Purtenance, Abhorrence, with a good dose of Bolt Thrower, early Asphyx and Incantation, will for sure adore Grim Fate.

The record has been out for some time now, so looking back; it was a nice experience. We wanted to create some dark and doomy death metal. Slow pounding rhythms, but also some creepy melodies, since that’s the stuff we like. We just started writing stuff, and along the way, it became clear that the album would be even more dark and slow than we expected. And the last song we wrote became almost 11 minutes one epic peace with even acoustic parts. Even though this meant we had to skip some other songs, the song would fit the album’s flow. It was nice to see that the album more or less wrote itself. Also, soundwise we went for a dark path, but I’m not sure if we took it a step too far. Still, I’m proud of the songs.

I would highlight how there is way more going on than you would initially get on the first listen. There are some nice little details in the music. Also, it’s kinda hard to digest the music because of the slow tempo, but there are nice melodies present. There’s not anything to avoid, the album is what it is, and for sure, it has flaws, but we are humans, so it’s part of it.

For the lyrics, death and decay all the way. Rotting corpses, the annihilation of humanity, endless suffering, the end of the world and more apocalyptic filth will come at you. For us, the words must fit the music. Together it paints a dark sonic picture.www.facebook.com/grimfatedeathmetal