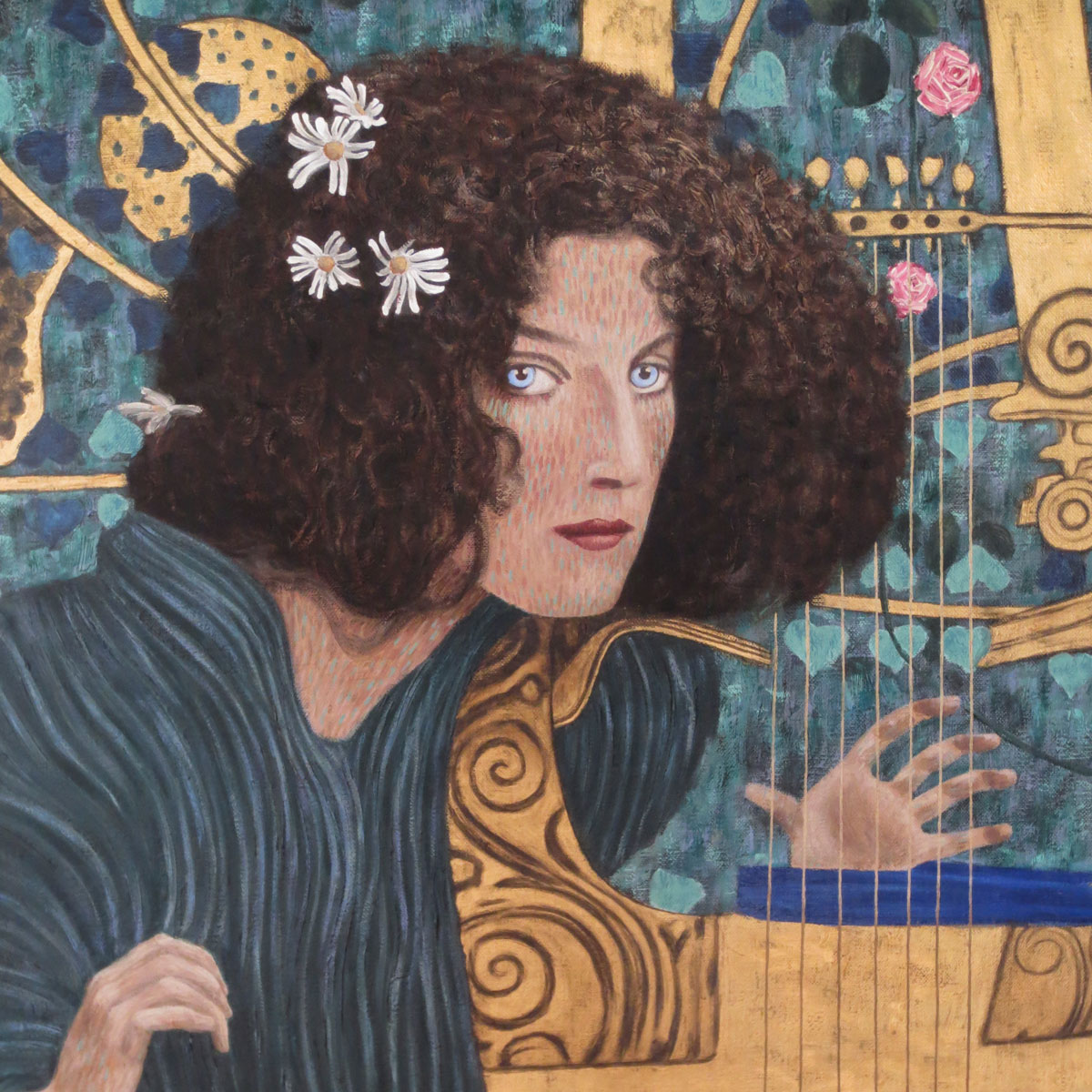 “Gustav Klimt first made himself known by the decorations he executed (with his brother and their art school companion F. Matsch), for numerous theatres and above all (on his own this time) for the Kunsthistorisches Museum in Vienna, where he completed, in a coolly photographic style, the work begun by Makart. At the age of thirty he moved into his own studio and turned to easel painting. At thirty-five he was one of the founders of the Vienna Secession; he withdrew eight years later, dismayed by the increasingly strong trend towards naturalism.

“The coruscating sensuality of Klimt’s work might seem in perfect accord with a society which recognized itself in those frivolous apotheoses of happiness and well-being, the operettas of Johann Strauss and Franz Léhar. Nothing could be further from the truth. Far from being acknowledged as the representative artist of his age, Klimt was the target of violent criticism; his work was sometimes displayed behind a screen to avoid corrupting the sensibilities of the young. His work is deceptive. Today we see in it the Byzantine luxuriance of form, the vivid juxtaposition of colors derived from the Austrian rococo – aspects so markedly different from the clinical abruptness of Egon Schiele. But we see it with expectations generated by epochs of which his own age was ignorant.

“For the sumptuous surface of Klimt’s work is by no means carefree. Its decorative tracery expresses a constant tension between ecstasy and terror, life and death. Even the portraits, with their timeless aspect, may be perceived as defying fate. Sleep, Hope (a pregnant woman surrounded by baleful faces) and Death are subjects no less characteristic than the Kiss. Yet life’s seductions are still more potent in the vicinity of death, and Klimt’s works, although they do not explicitly speak of impending doom, constitute a sort of testament in which the desires and anxieties of an age, its aspiration to happiness and to eternity, receive definitive expression. For the striking two-dimensionality with which Klimt surrounds his figures evokes the gold ground of Byzantine art, a ground that, in negating space, may be regarded as negating time – and thus creating a figure of eternity. Yet in Klimt’s painting, it is not the austere foursquare figures of Byzantine art that confront us, but ecstatically intertwined bodies whose flesh seems the more real for their iconical setting of gold.”

From: “Symbolism”, a Taschen art book by Michael Gibson.