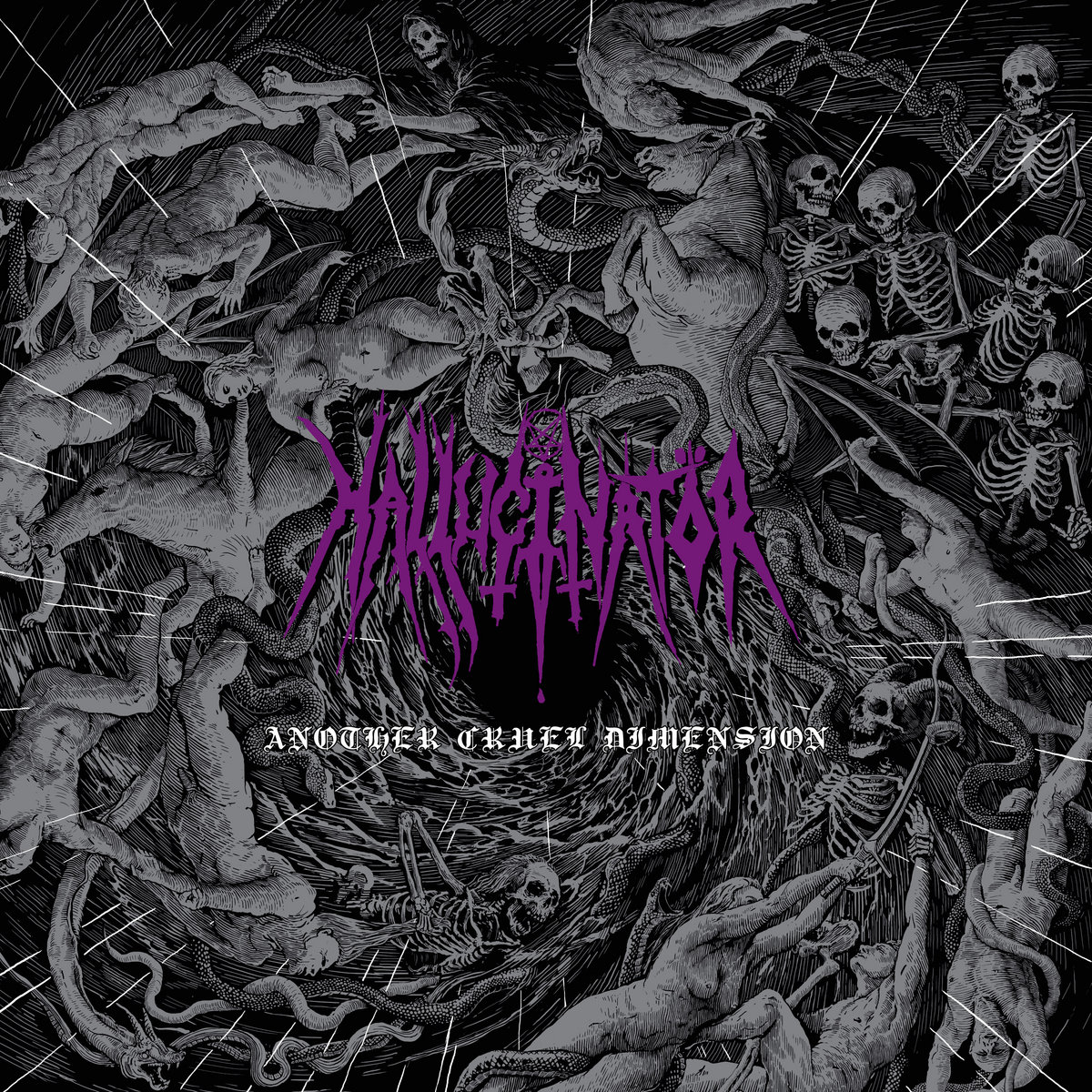 Another Cruel Dimension by Eric Stucke

Hallucinator formed in Oakland in 2014 from the members of local death metal bands Caffa, Dead Man and Limbs to create fast, dark, primal death-thrash inspired by obscure bands of the mid and late 80s. Since then, they have shared the stage with bands like Master, Sadistic Intent, Power From Hell, Whipstriker, Aggression, Mortal Skuld and many others and lit up stages and floors across West Seattle to Mexicali.

‘Another Cruel Dimension’ is the culmination of everything Hallucinator has been writing for five years. Recorded at the “Secret Bathroom” by Justin Divver of Dearth/Funeral Chant, we wanted it to be heavy, vicious and devastating while still being epic and memorable. Friend of the band and drummer for Necrot/Mortuous/Vastum, Chad Gailey, offered to record his new record label Carbonized Records, and the rest was history. The band took off on a west coast/Mexico tour to promote the album and gained many new followers, and then the pandemic hit, forcing the cancellation of all live plans for 2020.

There is only one Hallucinator record so far! I would highlight the powerful synth instrumentals, the wild solos and our painstakingly fierce cover of R.A.V.A.G.E. (pre Atheist) ‘On We Slay.