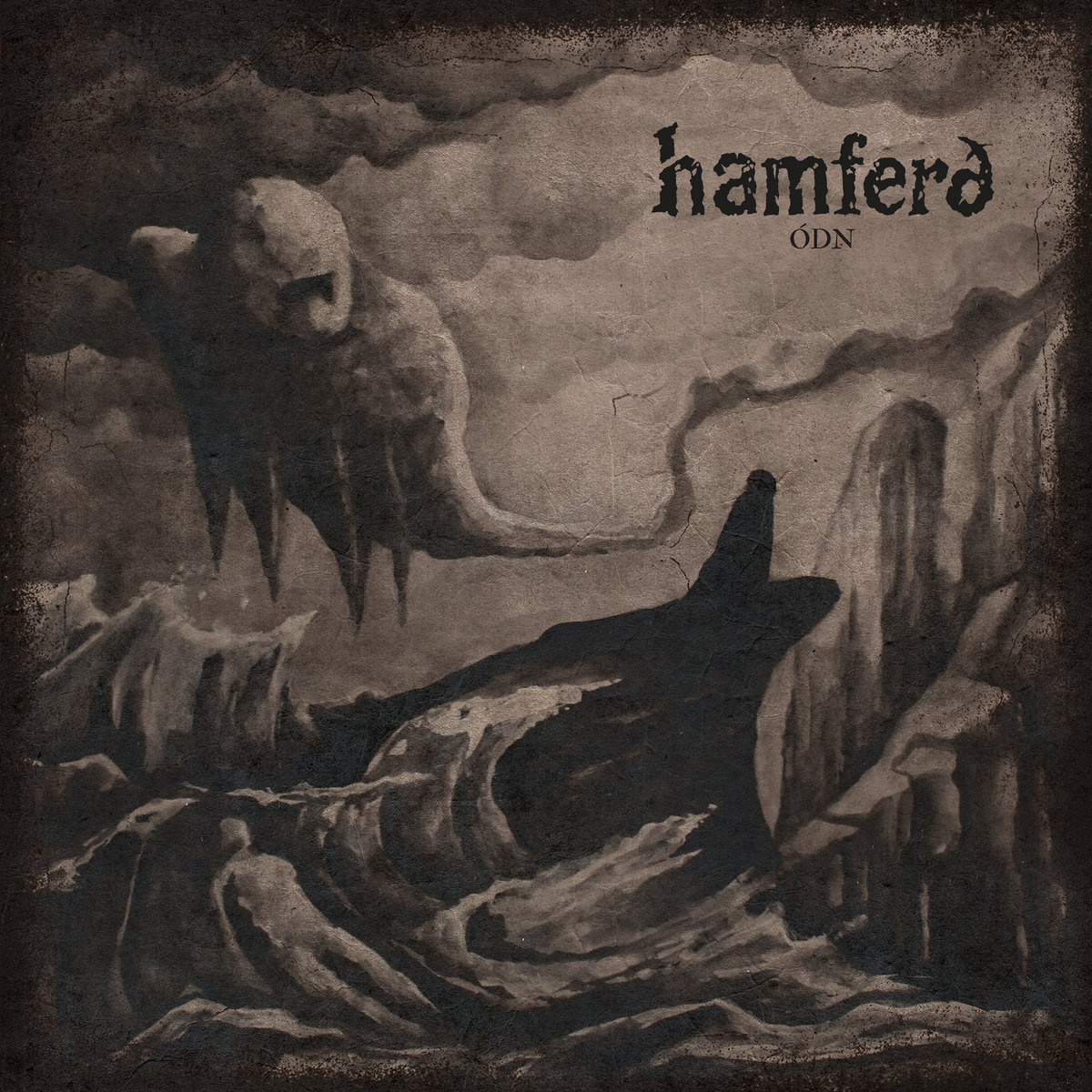 TK: Hamferð is a doom metal band from The Faroe Islands. The music which we write is heavily inspired by our surroundings as well as the history and culture of The Faroe Islands, which we feel gives us a unique sound. There is a certain Faroese tone, a sort of melancholy, which is quite prominent in the work of many

TK: Our latest release ‘Ódn’ is a unique release for us since both tracks on the EP were recorded live. The title track is the first song Hamferð ever wrote. Our original guitarist John Egholm got the idea to write doom metal in Faroese, so he put the band together and wrote the song, which is eight minutes long. It was then performed at a local battle of the band’s competition, which was Hamferð’s first-ever show. The song has been a staple of our live show ever since, but for some reason, it has never ended up on one of our records. We managed to get a really good recording of it at our release show in 2018, so we decided to release it.

The other track on the EP is a stripped-down version of ‘Deyðir varðar’, which was recorded live during the total solar eclipse on The Faroe Islands on March 20th 2015. The song was originally written for the ‘Evst’ album. We have experimented with performing stripped-down versions of a few of our songs, and ‘Deyðir varðar’ is one which we feel works very well in a smaller arrangement. The atmosphere and length of the song fit perfectly to the length of the solar eclipse, which is why that track was chosen. We ended up being very happy with the recording, and it became a viral hit on youtube the first week after the eclipse, so we were happy to have an opportunity to release the recording on vinyl as well as the digital streaming platforms. The video recording is available and easily found on youtube, so if you like the recording I’d recommend watching the video, we’re very proud of it.

JA: So far, our lyrics have generally focused on regret and dealing with character flaws and past mistakes, and at the centre of our stories is always the idea of powerful but imperfect love. A sort of quiet melodrama that is deeply rooted in Faroese myth and literature. The events take place in a version of the Faroe Islands that is rooted somewhere in the recent past, where societal norms were stricter and promoted simplistic views of the human condition that were at odds with the characters’ struggles.

JA: Faroese myths, literature and art have played a huge part in forming our idea of past life on the Faroes, and we are very inspired by the massive challenges people have had to overcome just to survive on these rocks. There is a true duality in Faroese nature, as it holds treacherous but bountiful oceans, a mild climate but unpredictable weather, beautiful but unyielding landscapes. These surroundings are reflected in our societies. Men risked their lives to feed their families fish, birds or whale meat. Women worked hard in their homes or on the fields, raising children and clinging to the belief that God will bring their husbands, fathers and sons home safe from the sea. It was quite an extreme way of life compared to today’s standards, but there was no questioning of it. We feel it’s quite important that we internalise this part of history, and that’s probably the greatest inspiration for Hamferð as a whole.

TK: Every artist draws inspiration from a wide variety of things, both consciously and subconsciously. We all listen to a lot of music, a few of the guys are movie freaks, a few of the guys are quite interested in politics etc. I’m quite aware of my musical tastes and techniques changing slightly over time depending on the people I work a lot within the studio. All these things make it important for us to try to avoid having too much in the way of direct influences. We are quite clearly inspired by our surroundings, but we try to create something unique out of it, if that makes any sense.