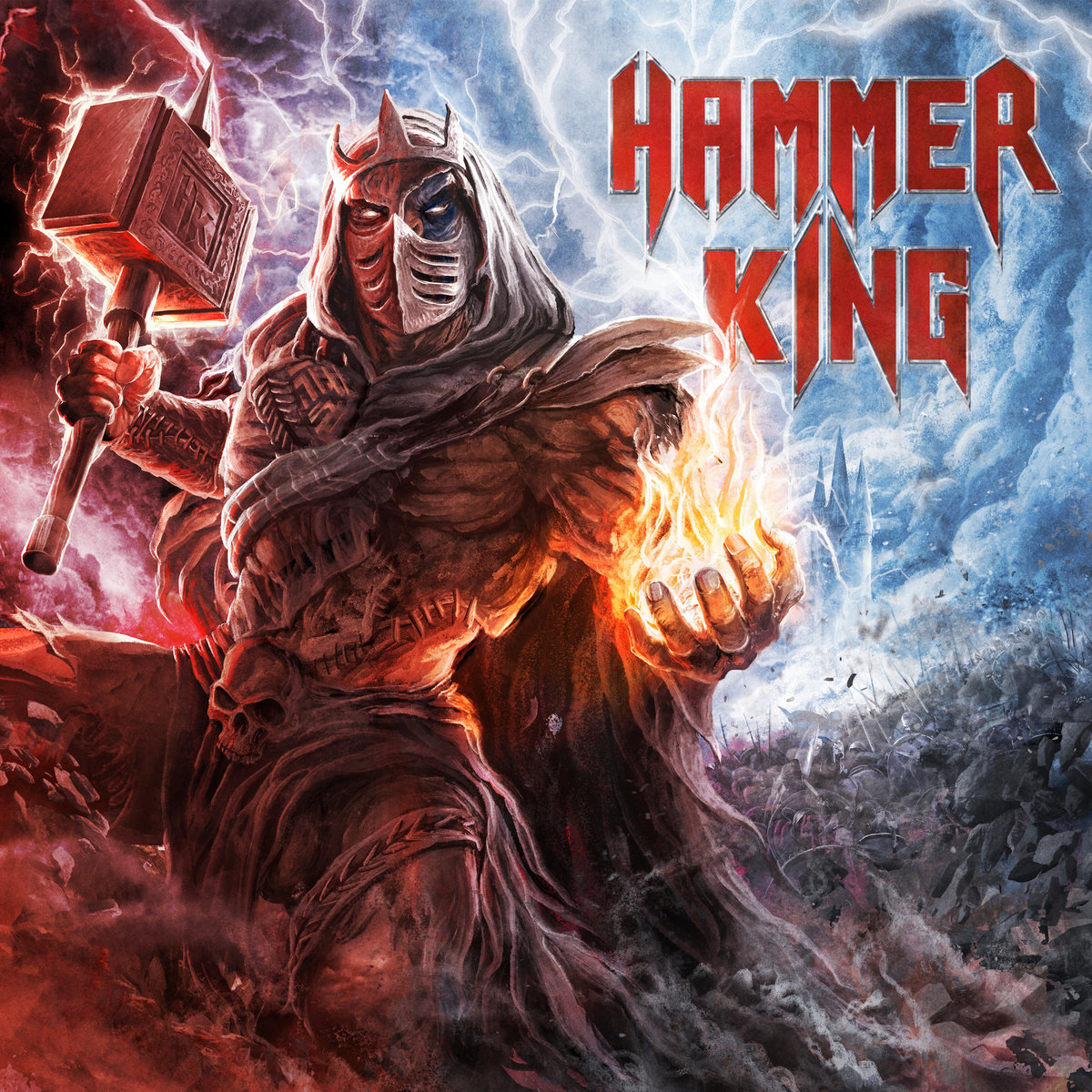 I believe that creating new music is natural for us. As you may know, we live in the kingdom of the Hammer King, who is a very fierce ruler. As we owe him our lives, we can’t escape his ever-present demand for new songs, and therefore we feel the urge to write new material constantly. Gladly, we enjoy it anyway! The process is always pretty much the same: One of us receives the music from thy majesty, the Hammer King, and brings it to our rehearsal space at Castle Rockfort. We jam on the parts, arrange them and afterwards record them with just one microphone in the room. When the arrangement is more or less definite, we record a proper demo with all the drums, bass and guitar parts, the finished lyrics, and all vocals and choirs. Once we have gathered all-new songs, we enter Studio Greywolf, and a while later, we start all over again!

We have a very strict order in which we handle the working process, the creative and the technical side of it: First of all, we receive the music from thy majesty, then we jam on the bits and pieces until we like the arrangement in its rough form. We frequently record that with just one microphone in the room. It’s a very good mike, and the room sounds killer. Furthermore, we have the perfect spot to place the microphone as well. Then we cut demos of the songs on which we work out all the details – the shouts, the choirs, the melodies and the solos. Once that is finished, we enter Studio Greywolf to produce the album. Afterwards, we start all over again.

Plain and simple: Music is freedom and revolution; it is the universal language that brings people together and brings peace. It’s either the King’s Hammer or music, but we unify people and make them part of the kingdom wherever we go. I was gladly raised in a house full of great music as especially my father has always been into heavy music. Ever since I started breathing, everything and anything from Rainbow and Deep Purple to Colosseum and Frank Zappa, from Wishbone Ash to Iron Maiden and from Judas Priest to Queen and Helloween. So it was natural for me to stay in that lane. Warlock’s Triumph And Agony was my first Metal album, and I started being an active heavy metal fan with Helloween at the age of thirteen. Before that, I had already been a Queen and Billy Idol fanatic since I was ten years old. It has not got any less ever since, only broader. When I saw Queen and Billy Idol on German TV, I instantly knew that I needed to be a musician, and when I heard Helloween’s Michael Kiske on the radio, I knew it would be heavy metal.

Music is, indeed, the universal language of the world. We may have different tastes in direction, but ultimately, we all love music. It is a spiritual experience, especially with heavy metal. You can only feel the power and the spirit in metal. There is no other way. Therefore, we can strongly contribute to people’s lives when we reach out to them by playing music. Of course, we also spread the message of thy majesty, the Hammer King. And here we go full circle, as the King is a fierce ruler, we have to spread his word. Thank you very much for the nice interview! God bless the King. May the King bless all of you!