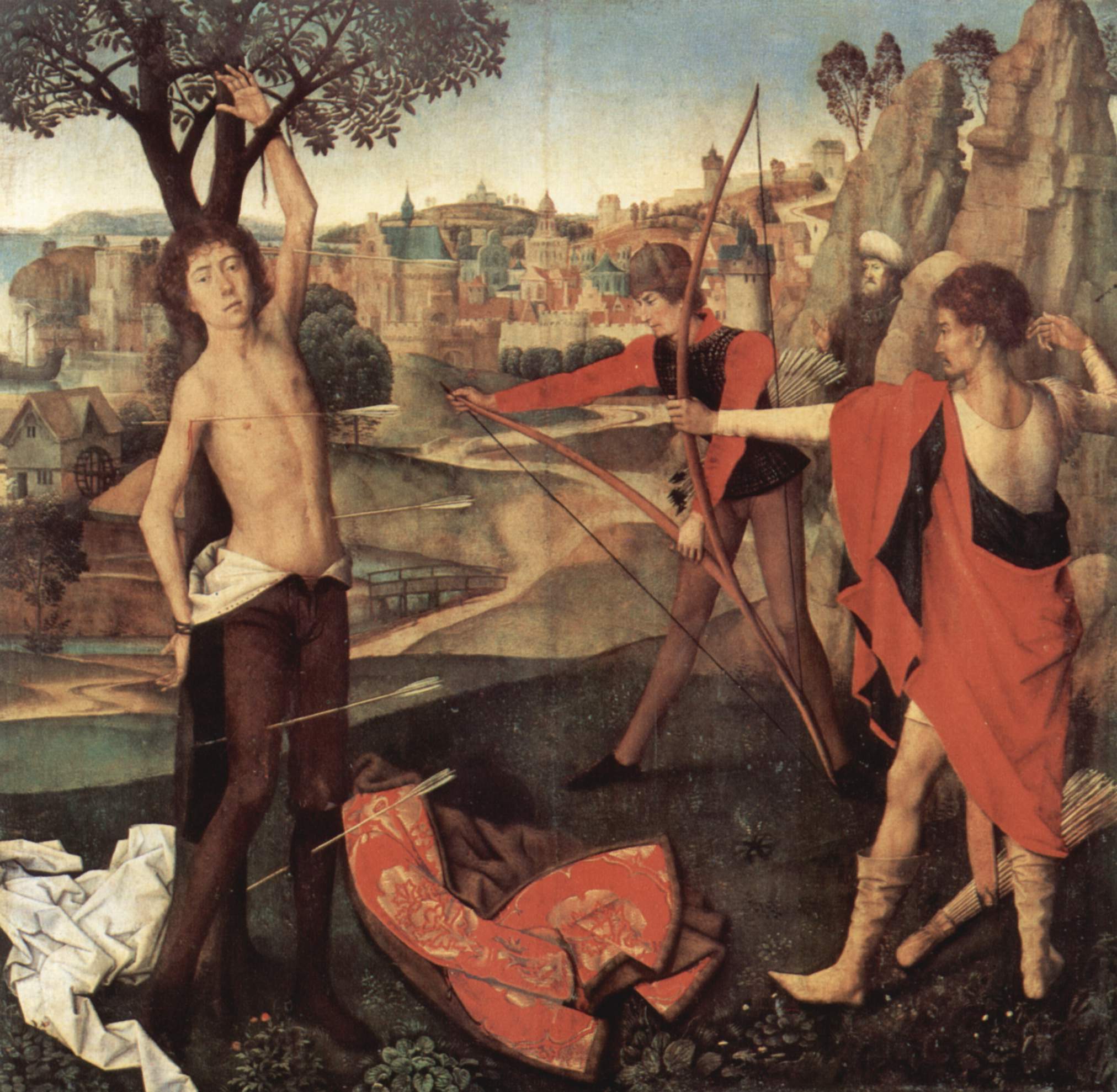 The School of Bruges was ever popular in the fifteenth century. It got off to a flying start with the incomparable art of Jan van Eyck and was continued by his successor, Petrus Christus. The formulaic but appealing painting of Hans Memling was conservative, technically highly skillful, and spiritually reassuring. His was the other side of the coin of later Netherlandish painting as represented by the work of Hugo van der Goes and Rogier van der Weyden, whose paintings may display anxiety or aristocratic introspection.

Born near Cologne, where he probably received his first training, Memling may have gone to Brussels, where he worked with van der Weyden; he would then have gone on to Bruges, where he became extremely and deservedly successful. His was and is an art that proclaims, “All’s right with the world,” a message that appealed equally to Northern Italian, and Spanish patrons through its sweet equilibrium. At the peak of his career, Memling may already have assumed a certain nostalgia, close to a Gothic revival approximating, in the happiest sense, a Burgundian deja vu that allowed the foreign patron or collector to associate himself or herself with a more modest variant of the opulence and substance of ducal high life. Often working for Italian and Spanish clients, Memling was also open to such Renaissance elements as a new sense for abstract form, and for the characterization of the Child that was close to these foreign sources. His Madonna and Child, painted for Benedetto Portinari, was originally a diptych flanked by a portrait of the donor. His patron saint, Benedict, was seen on the cover of the altar (both now in the Uffizi).

An impromptu throne has been made from a bench for a Madonna and Child Enthroned, a cloth of honor draped behind the subjects. While it is unquestionably beautiful in detail – in such features as the flowers in an Italian ceramic vessel, or the wonderfully painted open holy book and a vibrant landscape – this picture no longer hangs together, as if the artist selected random motifs from his pattern book but could not quite create a unifying setting.

Even before the impact of the later Italian Renaissance was felt in the Lowlands, the art of the Northern region had become exhausted from within. Neither conviction nor invention sufficed to sustain the achievements of the masters of the past.

From: Colin Eisler, “Masterworks in Berlin: A City’s Paintings Reunited”