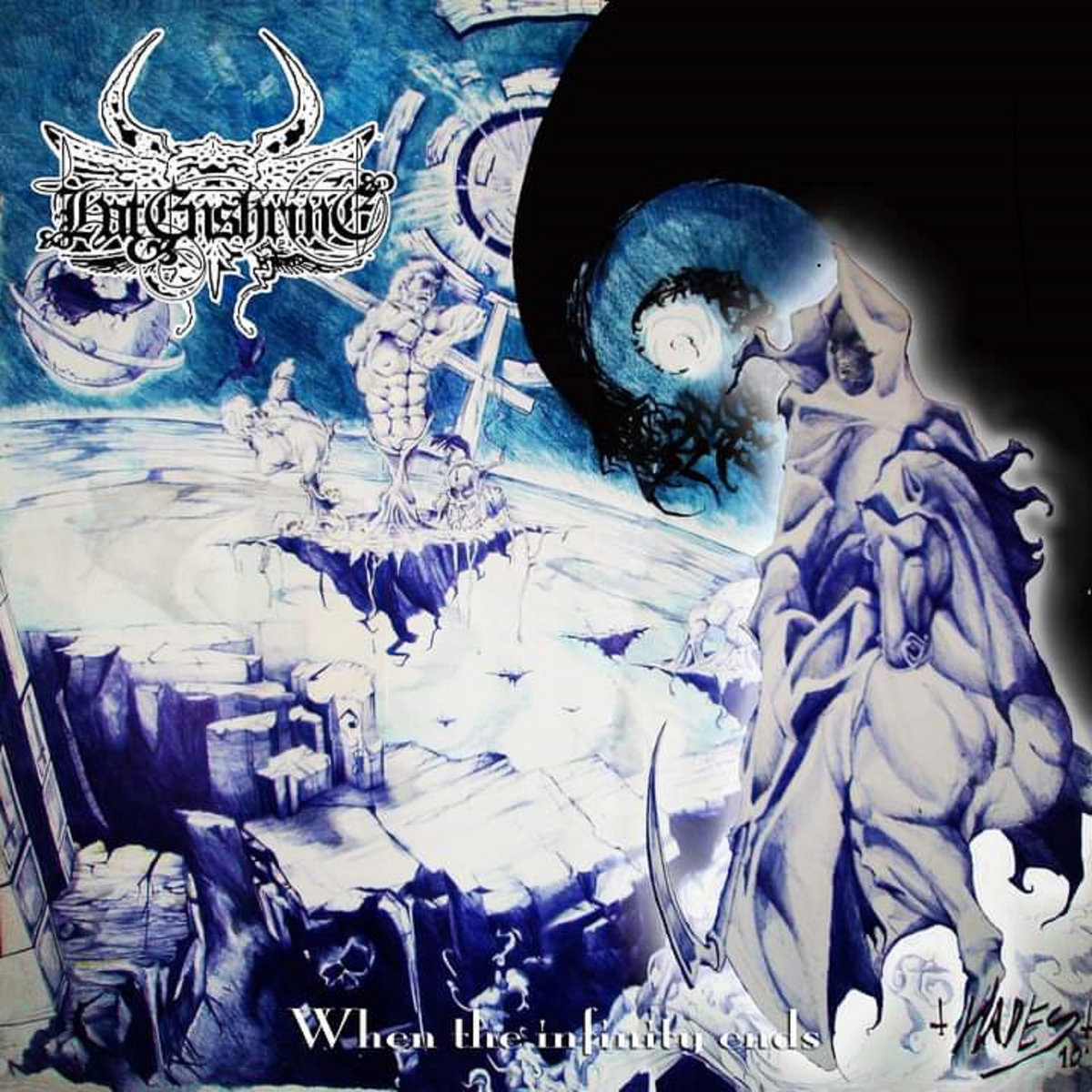 The band was born in 2011, created by Davide ”Hades” Castiglione (vocals, guitars) and Vænix (drums). Two words, ”hate to name the band” and ‘’enshrine’’ meaning ”enshrining the hate”. In 2014 Hades collaborated with Aeternus (drummer from Handful Of Hate) to create the crushing debut album titled ”When The Infinity Ends”. The style proposed is Avant-garde Black Death Metal. Avant-garde because there is guitar research in the compositions and riffs.

My name is Davide Hades Castiglione, and I’m the vocalist and guitarist of my band called HatenshrinE; I take care of everything from the artwork of my band to writing the songs and lyrics. If I had to define my music, first of all, I would say it is metal, for the simple fact that I love Metal from Power Metal to Grind, from Prog to Death and from Black to Heavy Metal, but I listen to all genres of music, from blues to jazz, from classical music to hip-hop and pop. However, the genre of my music I would define as a Death Metal played with a Black Metal spirit with a search for melodies that will begin to be heard from my fourth album onwards. My lyrics talk about everything, from myself to esotericism and this infinite link between me and the afterlife world; I have had continuous links with the otherworldly world since I was born.

I designed my artwork; it’s an old job I had done on 17/18. The drawing is entirely done by hand, with pen and pencil, apart from the silver shade in the protagonist (Apocalypse), which was added later. I am a fan of Dan Seagrave and all album artists such as Immortal’s ‘At The Heart Of Winter’, Emperor’s ‘In The Nightside Eclipse’ and Dali. The concept of my album started with the title of my album, ‘When The infinity Ends’, and I wanted to play on the oxymoron between “infinity” and “ends”, then represent and make sense of how the infinity should end. My artwork is represented in space, and the protagonist (apocalypse) brings an end to everything and is wrapped in a black coat, which concludes “the whole”’ created by bats that in a vortex between them create the night and a sort of time stop.

I am very inspirational, and especially I play because I like it. Otherwise, I would make music that I don’t like. I can stay a month or two without creating a song but can create songs or an entire album within 5/6 months. There is inspiration at the base, especially to find a happy and peaceful state to have fun.