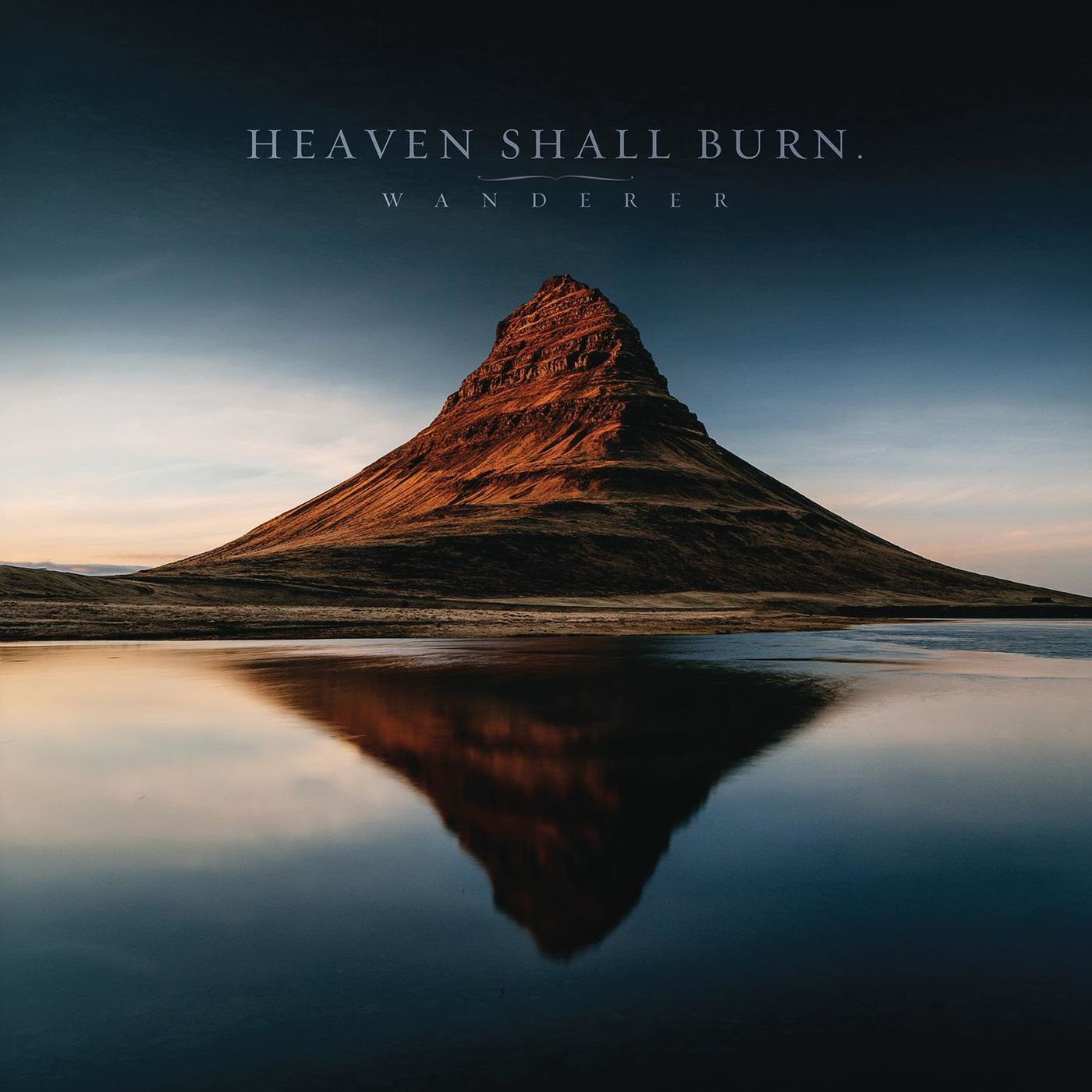 Heaven Shall Burn open the visually stunning booklet for their eighth studio album, ‘The Wanderer’, with a quote which sums up the overall idea of the album: During confusing and troubled times you occasionally need to retreat from all the madness that surrounds you. This allows you to gain new perspective, energy and focus so that you can attack change with a refreshed and strengthened mindset. Modern life has become so complex that sometimes choosing simplicity and solitude can give you the strength to conquer the chaos around and within you. ‘The Wanderer’ isn’t merely offering interesting historical and political stories, but also serves as a travelogue of a journey into one’s inner self. A search for a safe haven for our daily stress as well as an outlet for negative feelings and aggression. For its breathtaking artwork, HEAVEN SHALL BURN sent their friend and photographer Christian Thiele on a quest and asked him to capture the beauty of mountains, plains and shorelines.

“He seeks distance to change his perspective

In freedom and seclusion he arranges his thoughts

Strength and power he regains in nature’s shielding bosom

Yet he experienced that from no wayfare you return the same

He knows that nothing will change until you change yourself

And therefore every revolutionary is a wanderer.”

HMA: When the time comes to record a new album is there a particular mindset each of you has to enter in order to perform and create the sound and words you want to?

Maik Weichert: There is no special mindset we have to enter. Maybe some sick, black metal bands, you know, they need to get into their psychopathic state to record, or something like that. We are not a band that has an image, or something like that, you know. We don’t need to, I don’t know, to change personality to record the stuff. We are ordinary guys and there is no special mindset. I mean, of course, we are also lazy so your mind has to be set to be hardworking in the studio, of course. This kind of stuff, you know, I don’t go on the football ground and scream the whole weekend for my team when I have to sing on Monday. This kind of mindset, but not the mindset that says “oh, okay I’m this dangerous metal musician now and I’m going to do this aggressive music” so that is nothing we do.

HMA: Can you expand on the quote “every revolutionary is a wanderer”?

HMA: I believe HSB is deeply involved with social injustices. Can you tell us what kind of activism is the band involved in?

MW: When we were kids, you know, we did a lot of stupid, cruel stuff to bring the ecological revolution forward. Nowadays we’re kind of grown up. We’re more like spiritual arsonists. We secure the home front for those who fight on the front so we, now we rather collect money for our friends and try to educate people at our shows and also in our lyrics and everything. If there’s a demonstration going on somewhere, of course, we take part. Also, collect names for petitions and stuff like that.

HMA: The guitarist, Alex, he has a lot of stray cats by him.

MW: Oh, yeah. Oh, yeah. Oh, the guitarist, Alex, on his farm, like he’s taking care of some stray animals like cats and everything. I mean, that won’t change the climate problems we have or something like that but, of course, in these small patterns, we do a lot. Yeah, that’s true.

HMA: I think you collected also money for a donkey sanctuary?

MW: Yeah, we did. Yeah. I love donkeys so, yeah we are supporting this donkey help organization in Germany as well. Yeah.

HMA: Where do you get the inspiration for your lyrics? What social ills need addressing in your immediate surroundings?

MW: There’s a lot. The injustices that have to be addressed are, there’s a lot. You just have to turn on the TV and watch the news, but something that comes to my mind, which I really really want to change is the development that in our societies profits are privatized and all losses are going on the public account. Communities, for example, and cities they have to pay for swimming halls and, I don’t know, ice skating halls and libraries and all that stuff. All that stuff that costs money and benefits the people, you know, that brings money like all these energy companies and water companies, yeah also the trash companies and stuff. It’s privatized because you can make money with that. That is a really, really big problem I think. It also leads to, I think, social injustice and stuff like that. Yeah.

HMA: Your sound has been described as uncompromising, punishing and melodic. Do you make a conscious effort to be as brutal and aggressive as possible with your music?

HMA: Lastly, can you talk about your artwork concept?

MW: The artwork concept. You see a lot of really beautiful nature photos in the artwork and there is certain lines from our lyrics are brought, or are connected, with these pictures. For example, there is a very, very beautiful dawn-like picture. Seeing that picture I thought, for example, of the line “no light of dawn will shine upon their false red flags” in the song They Shall Not Pass. Going through the booklet you can see the sources of inspiration for the lyrics and stuff like that and our friend Christian Thiele was sent to some certain places where I got inspiration for the record. Of course, he also shot a lot of other beautiful places we didn’t send him to, but that was the basic idea of the artwork.