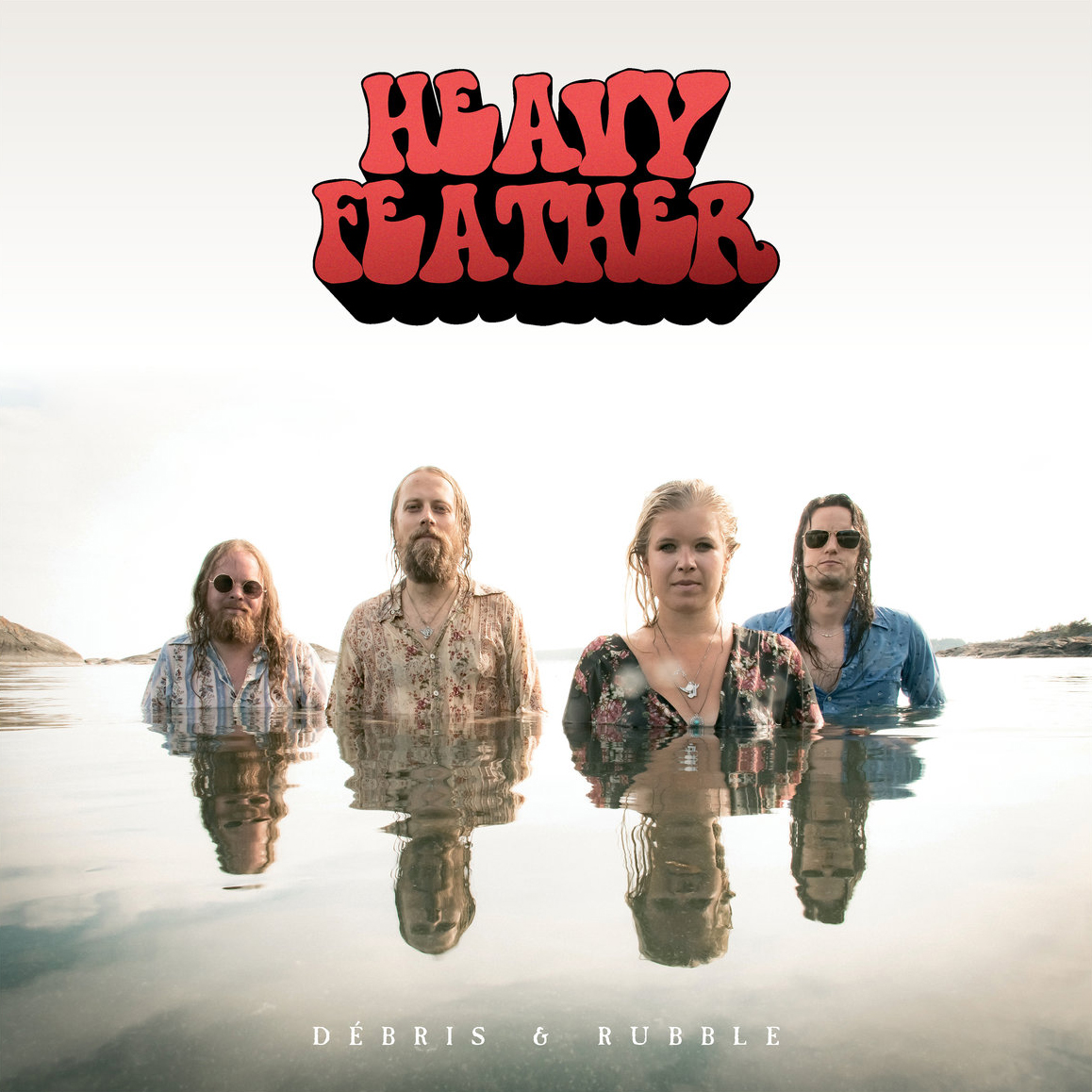 My history started with the blues. I loved it since I was a kid. Then, when I was around eighteen years old I started my first band that was really influenced by Led Zeppelin and Jimi Hendrix. When I was a bit older I moved to Stockholm and started to participate in the blues scene. I loved it and it really developed my voice and stage personality. The best school I could ever go to. I’ve been touring for around seven years, mostly with my band Lisa Lystam Family Band, I am twenty now, and for the last three years, I have been more interested in singing more rock music. I’ve been singing with Siena Root for one and half year and that has been giving me a lot. Heavy Feather started to grow already two years ago. It is my dream band and the music we play is exactly the music I wanna sing.

My background is in the blues, just like Matte, Even though Matte were touring in a Metal band all around Europe before he started with the blues. Ola and Morgan have a background of listening to old rock, pop and blues music from the 60s and 70s as well so for us, our genre came really naturally. We wanted to build our music on the old traditional way of playing. But for us, It’s very important to also get inspired by new, modern music as well. But I think, because of our background we cant get rid of that “old-school” feeling. Some might think it to dusty but I’m afraid we can’t do it any other way, haha.

We started this band around two years ago, maybe even more? It started really smooth and with no big goals for the future. All of us in Heavy Feather was touring a lot with other bands so, in the beginning, we didn’t find the time for this new band to get bigger. But then after a while, we had an emptier schedule and Heavy Feather started to feel more “real”. Finally, we had some time to focus on it! We drove out to a cabin in the woods and wrote almost the whole record (draft) in one weekend. Everything felt so easy and we understood each other and our creative goals. After that, we all thought that we really had to record this and make a real album. We rehearse and when we felt ready we went into the studio (In Stockholm, No Regrets Fonogram Studio) and recorded it in 4 days.

The front pic for our debut album is a picture with us in the water, with our clothes on. It was taken by the photographer (and our 5th member) Lo-Emma Nilsson. We were making the music video for “Where did we go” and the last scene is us walking into the sea. We had a killer time making that video and Lo-Emma snapped a quick picture of us. When we saw it afterwards we all really loved it and decided to use it as the cover picture. We all look a bit messy but for us, that picture felt honest. It’s a great memory and by looking at the album we will always remember that warm summer day.

Our music will take you back in time and give you that immortal feeling. But also some hope for the future. Rock isn’t dead. It develops and keeps on living more than ever. Sometimes you just have to look for it a bit. Even If you never been to a rock concert I think we will be able to convince you. We love to be on stage and we love to play together. With that feeling (and with some high volume) I think we can convince anyone.

For our first album, I wrote all the lyrics. It’s a mix of real events from mostly my life but also some made-up stories. I like to write about relationships but it doesn’t have to be romantic ones. One song is about the crazy neighbour that sends me scary notes (Dreams). Another one is about my mother that was very worried about me when I had a rough time (Hey there mama).

For me, it’s been very exciting writing these lyrics. I put my pride aside and I just write about the first things that come up. My goal was not to overthink it too much and I think I succeeded at least with some of the songs.