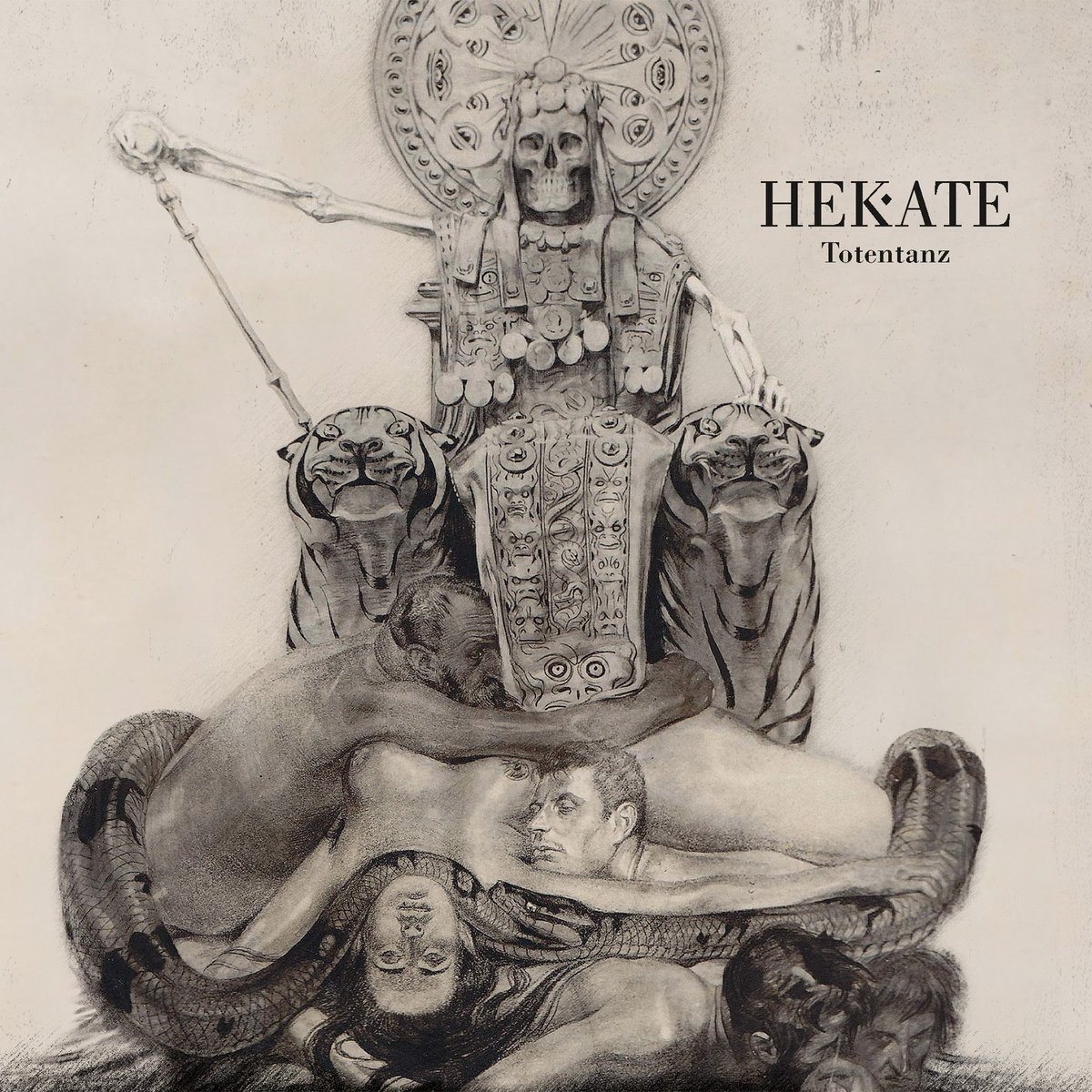 Hekate was founded in 1993 in Koblenz (Germany), has since released seven albums in changing the cast. The origin of the band lies in the darkwave scene, whose elements are always found in the music. In our music, we want to touch on the hidden desires, longings and dreams of the listeners. The confrontation with ancient myths and legends suggests the roots of our band and our cultural background.

As you can see, we like to spend seven “magic” years to give birth to something new. Our current formation consists of five people for more than ten years. We often similarly create new music. Axel and I write the lyrics, Jörg, Achim and Dirk excellently compose the music, like in ‘Totentanz’. Sometimes we select poems, like ‘Mondnacht’ from Joseph von Eichendorff, a Romantic poet for the lyrics or choose existing songs, like “die Gedanken sind frei”, an old German song from the beginning of democracy.

Our new album ‘Totentanz’ deals thematically with the transience of being, the love of life that drives us all, and the certainty that ultimately we will die. The “memento mori motif” runs through the theme of the album. In general, we love themes from the field of mysticism, romance, fairy tales and legends. But you will also find lyrics that deal with personal feelings and thoughts. Even works of art inspire us very much and of course the beauty of nature. In addition, we love to talk about feelings: grief, love, fear and of course the good old eroticism.

The cover of the new album shows the last picture from the Totentanz series by the German Art Nouveau artist and symbolist Franz Stassen, which has never been published before. The album belongs a special art book, which contains illustrations from the series ‘Apocalyptic Landscapes’ by Hermann Wöhler, a symbolist and representative of magical realism, who only painted in secret and is only now being discovered posthumously by the art world. All representations come from Axel’s personal Symbolism art collection. He loves to collect fine art, and this inspires us very often. All albums show pictures that we choose ourselves. And because Dirk is not only a very good musician but also a gifted graphic artist, we can also design the covers and booklets ourselves.

I feel much freer. Probably because I got older and gained more experience, including sad ones. And they allow a better “view”, and more experience guarantees more inspiration for lyrics. In addition, the music becomes more experimental. New sounds are tried out, such as a hang in the song ‘am Meer’ or a Jew’s Harp in ‘Lucifer Morgenstern’. I’m also trying to play the church organ for my enjoyment, and so we recorded the song ‘The Old King’, with the organ in the church of my hometown for the bonus CD.