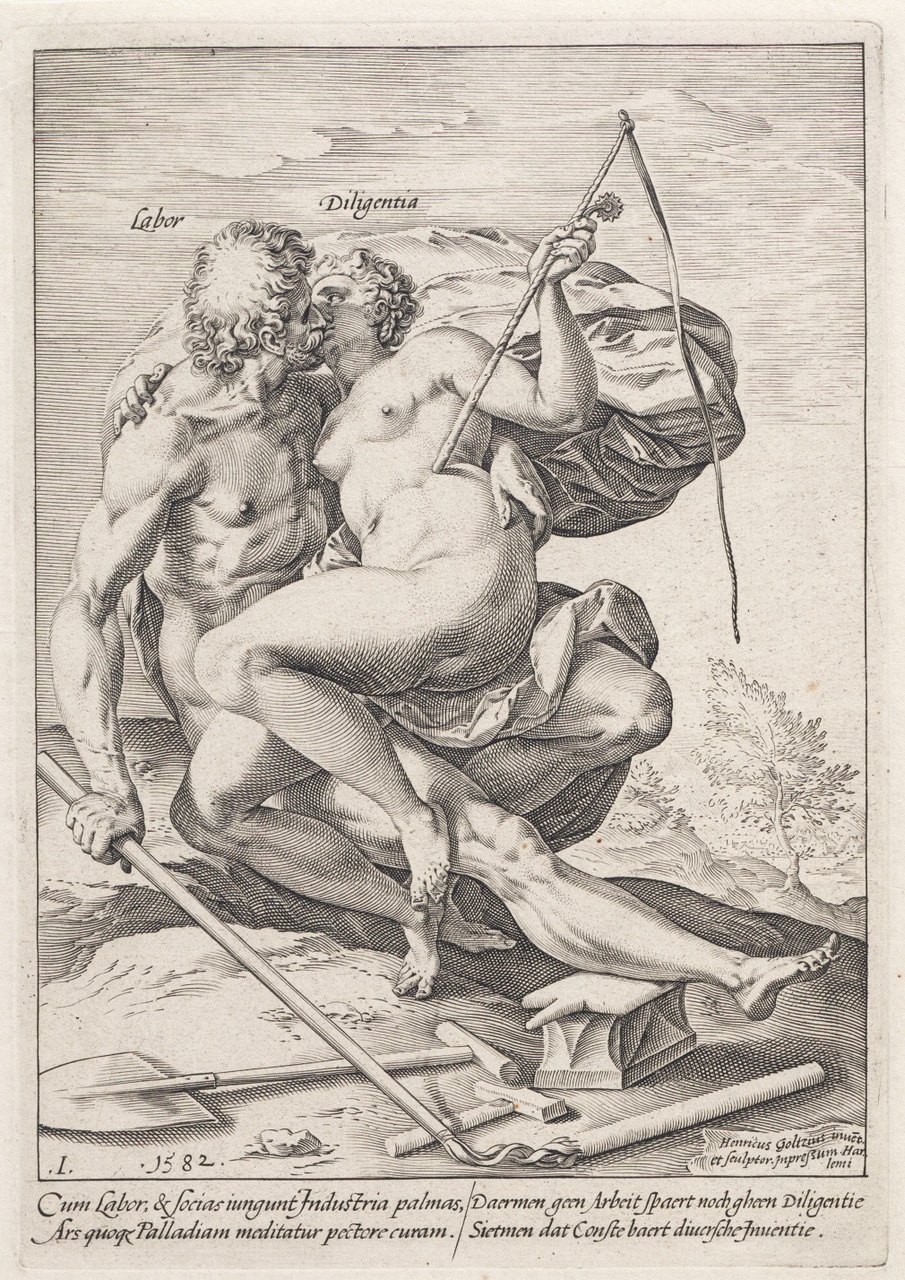 Hendrik Goltzius (January or February 1558 – January 1, 1617), was a Dutch printmaker, draftsman, and painter. He was the leading Dutch engraver of the early Baroque period, or Northern Mannerism, noted for his sophisticated technique and the “exuberance” of his compositions. According to A. Hyatt Mayor, Goltzius “was the last professional engraver who drew with the authority of a good painter and the last who invented many pictures for others to copy”. In middle age he also began to produce paintings.

Goltzius was born near Venlo in Bracht or Millebrecht, a village then in the Duchy of Julich, now in the municipality Brüggen in North Rhine-Westphalia. His family moved to Duisburg when he was 3 years old. After studying painting on glass for some years under his father, he learned engraving from the Dutch polymath Dirck Volckertszoon Coornhert, who then lived in Cleves. In 1577 he moved with Coornhert to Haarlem. In the same town, he was also employed by Philip Galle to engrave a set of prints of the history of Lucretia. Goltzius had a malformed right hand from a fire when he was a baby (his drawing of it is below), which turned out to be especially well-suited to holding the burin; “by being forced to draw with the large muscles of his arm and shoulder, he mastered a commanding swing of line”.

At the age of 21 he married a widow somewhat advanced in years, whose money enabled him to establish an independent business at Haarlem ; but his unpleasant relations with her so affected his health that he found it advisable in 1590 to make a tour through Germany to Italy, where he acquired an intense admiration for the works of Michelangelo. He returned to Haarlem in August 1591, considerably improved in health, and worked there until his death. His portraits, though mostly miniatures, are masterpieces of their kind, both on account of their exquisite finish, and as fine studies of individual character. Of his larger heads, his life-size self-portrait is probably the most striking example. Goltzius brought to an unprecedented level the use of the “swelling line”, where the burin is manipulated to make lines thicker or thinner to create a tonal effect from a distance. He also was a pioneer of “dot and lozenge” technique, where dots are placed in the middle of lozenge shaped spaces created by cross-hatching to further refine tonal shading.

Hollstein credits 388 prints to him, with a further 574 by other printmakers after his designs. In his command of the burin, Goltzius is said to rival Dürer. He made engravings of Bartholomeus Spranger’s paintings, thus increasing the fame of the latter – and his own. Goltzius began painting at the age of forty-two; some of his paintings can be found in Vienna. He also executed a few chiaroscuro woodcuts. He was the stepfather of engraver Jacob Matham. He died, aged 58, in Haarlem.