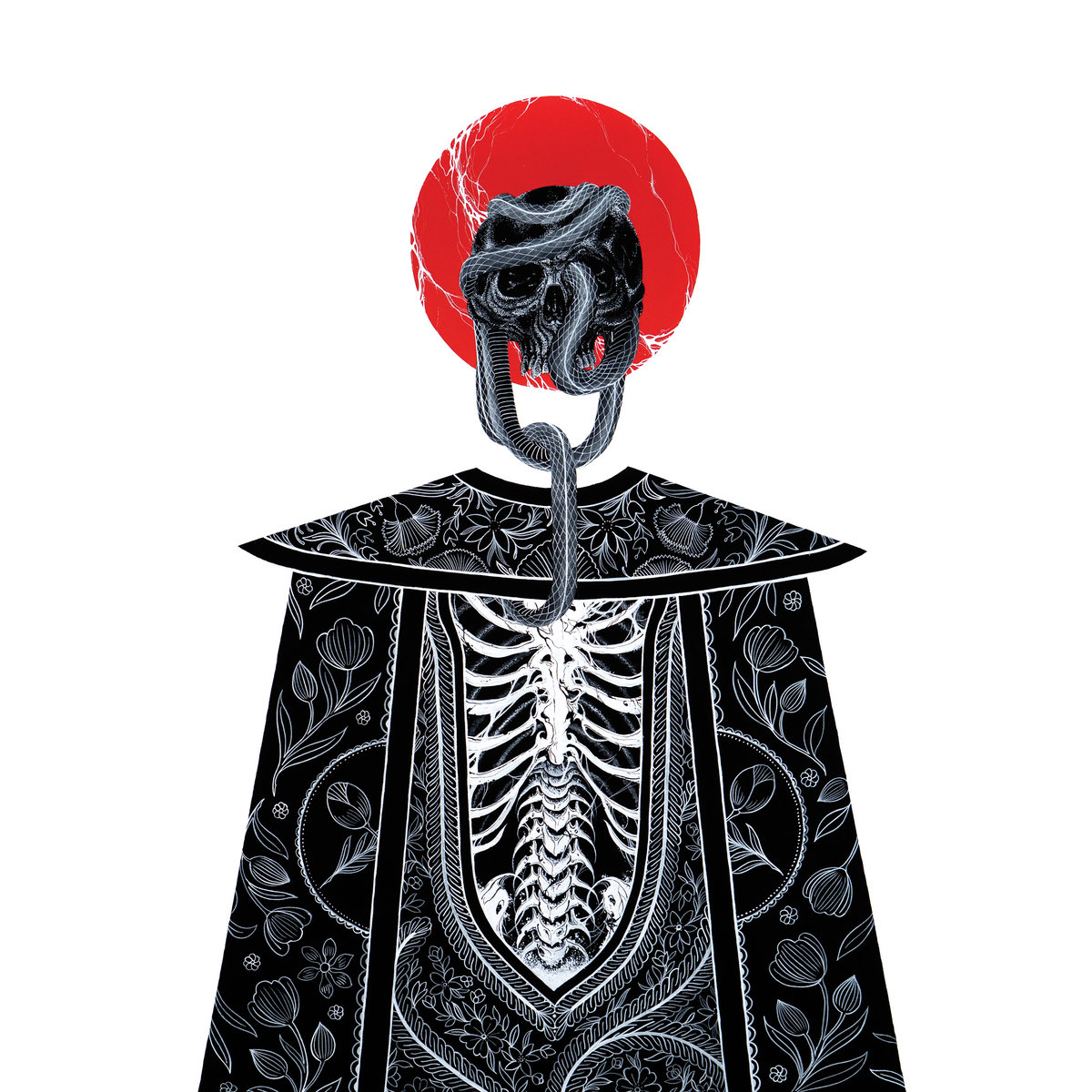 Formed in 2016, Heretical Sect is a reclusive collective fixated on the physical and spiritual genocides of the Southwest. Heretical Sect exists as an entity to communicate the unique perspective of the American Southwest. But not in sound or sonic style, instead of focusing on the historical, personal, and cosmological narratives of the region and coupling those perspectives with death-doom and ferocious black metal. Haunting lead melodies guide the listener to a path of tortured guitar work and pummeling rhythm as each passage builds into an atmosphere of total anguish, underscored by vocals torn from other dimensions and channelling generations of suffering.

The concept for the album is important but in no way dictates the listening experience. It is more of a guide for us as artists to create cohesion in vision and atmosphere. We write music collaboratively, and the diversity of input and spontaneity is important to our sound. We also record our music live without any tempo guide. So we intentionally exaggerate the pushing and pulling of time to either create a maddening frenzy or a sluggish malaise of riffs.

Maybe we can create something memorable or inspire for our listeners. But really, I feel like I do it for myself. It is really about the exorcism of inner diabolical forms. It is the alchemy of vicious pain into productive, cathartic energy. The first three Bolzer EPs are some of my favourite art from a band. That band will always be an example of creativity unchained. Visuals and sounds were creating a seamless experience.

Spending time in nature is a serious influence and inspiration. I read history, sci-fi and fantasy a lot. I hope to have those influences intersect in an informed way. I am not a trained musician, so visual images have always guided my ideas of sounds more than anything else. I like to have visions of a place or idea that inform the sound.  Our music isn’t cinematic in the traditional sense, but I hope it consistently conquers visions.

‘Rapturous Flesh Consumed’ is centred around the perspective of Salvador de Guerra, a Catholic priest responsible for torture and genocide. The lyrics attempt to provide some sort of fictional reasoning for his actions. This album represents the gateway into a mind riddled with religious madness, conflating mortification and dismemberment with cleansing and redemption. Not only were people’s bodies being destroyed, but their belief systems and cosmology were under siege. This existential threat coupled with earth-shattering revelations of belief is a captivating realm of exploration. Our place within the universe informs our actions, and we wanted to be within the cataclysm of cosmological collapse.  Native Americans were subjected to every possible indignity from slavery, mutilation, plague, torture and death. It is one of the most horrific situations in America’s past that is often overlooked. www.hereticalsect.com