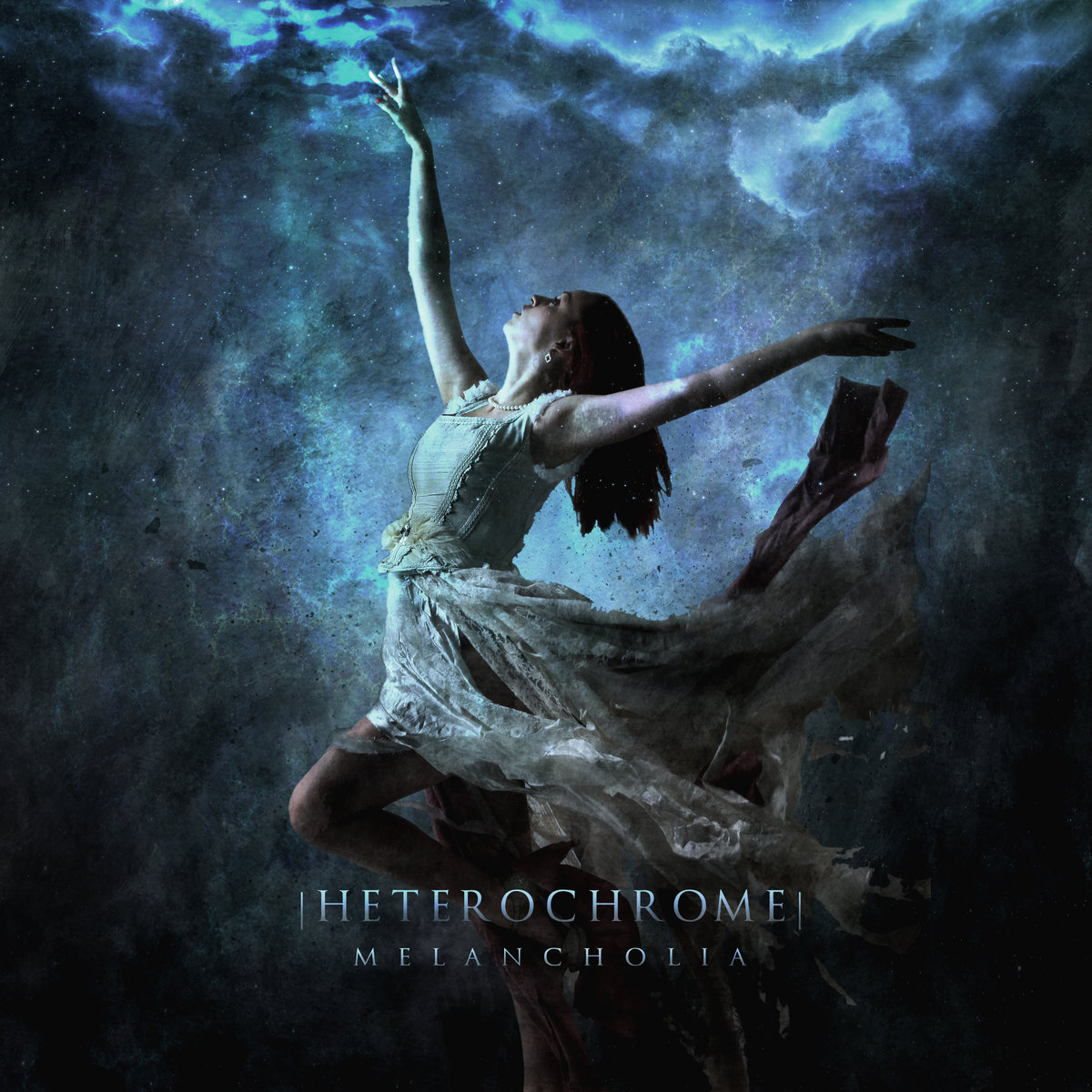 Optimism in the face of adversity

Heterochrome started working when Mohammadreza Rezaei and Mida met each other and collaborated in writing the music they liked as the lead guitarist and vocalist back in 2014. They wrote songs and jammed with various musicians. The band started forming when Mohammad Mirboland joined the band as the drummer. Armin Afzali joined the band later on in the band rehearsals. The recording process for the debut album started in 2016 at the Chaotic Waves studio in Tehran. After months of recording, Danny Klaven produced and engineered the album from February to July 2017.

We think of ourselves as storytellers. We try to tell stories we relate to or we think people can relate to, through our music. The power behind a story can help a lot when you’re trying to talk about how you feel, or what you’re experiencing and going through at certain points in your life. As for the political view, we unwillingly get involved when we make metal music with a female vocalist in a country where both of those things are considered to be a crime, but we try to steer clear of any religious stands.

Making music is about sharing your deepest thoughts and feelings. It’s about making the world see life through your eyes, and that goes for any kind of music. As for metal, it can sometimes get even more intense, maybe because there are very few things limiting you and your creativity. And it also has a lot to do with your background, the music you listen to, the stories you read, the things that happen in the society around you and how they affect you. When it comes to metal music, making your tune has everything to do with who you are and how you interact with the world around you. We all have had to go through a lot to be here and to be able to make music, face challenges that put us down a lot of times, and it felt good to be able to write about those challenges in our other songs. We had to go through many studios until we found one that let us record the female vocals, and the producers inside Iran do not even have a grasp on metal music, which forced us to find a producer abroad (Danny Klaven). We can’t ever have a live performance as long as we are in Iran which makes it harder for us to get our voices to producers and labels, and to get gigs outside of our own country. These obstacles force us to think outside of the box, to use methods never used before and this moved us to an uncharted territory.

All the troubles we go through, the social life we experience living in a metropolitan city like Tehran, all the underground parties, the terror of having a female singer who might get caught any second, it all inspires us to write more and more. The starting point of the composition usually contains a mental image, scenario or even a sentence that makes perfect sense when coupled with our personal life and feelings. We can point out ‘Melancholia’s’ last three tracks, Purgatory, Paradise and Inferno. When we (Mida and Mohammadreza) first started writing, we knew we wanted three songs with these exact names. It Originally came to us when Mohammadreza mentioned Dante’s trilogy, and growing up in a Muslim country you get to think about and develop ideas on all three concepts. So we wrote about a person experiencing all those states one after another. We get inspired by the hidden life style and being mistreated underdogs. You will definitely going to hear more of that in our upcoming albums.

We make progressive music, and since we do not have the visual aids of a video clip and cannot publish any videos and images of the band members, we have to be as conceptual as possible, making sure our music paints the right image without getting us in trouble and we try to attribute to the feminist aspect of the band in our artworks. We collaborated with two talented visual artists for the artwork and album packaging respectively, Caelan Stockermans and Hanif Parande who made this easier for us. We also try to use technical elements such as adding ambient sound effects, creating dynamic diversity and shifting from distorted and harsh to clean and calm spaces in lieu of visual representation.

Inspirations that made you make art: Feminism, depression, facing oppression and not being able to conform with our society, the result of which is us being shunned from a lot of organizations, have taught us to roll with the punches. All these important aspects have greatly inspired us to make our voice heard via our music. We were inspired to make a music video for the track ‘Cage’ but an independent band has financial obstacles that inhibit a lot of our inspirations. We are optimistic that we can one day share it all with the world.

We try to talk about real life issues, things people deal with on a daily basis. And though we have a rather surreal way of approaching these concepts, we can’t really consider it fantastical. And since we are fans of a handful of bands with fantastical themes, you can say we enjoy and appreciate the music they make but we haven’t decided if it would be the right fit for us yet or not.