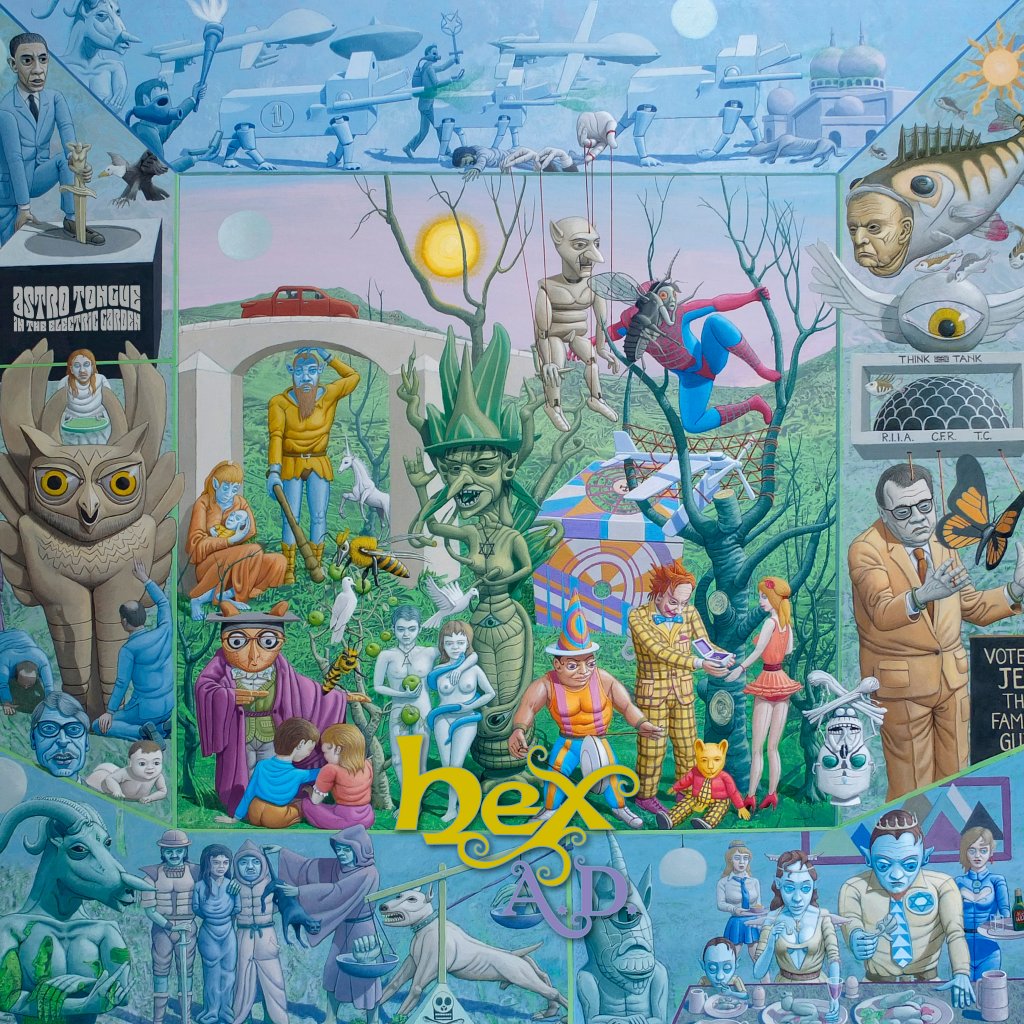 Astro Tongue in the Electric Garden by Rick Hagan

The band name was inspired by the album ‘Hex’ by Bigelf. At first, the band was only called Hex, but it became quite obvious quickly that there were other bands out there with the same name. So to avoid confusion I added Anno Domini as a way of reflecting the curse of modern times and how we are ruining our beautiful planet.

I like fantastical titles that make people think. Sometimes these weird titles just present themselves to me while walking along the beautiful Norwegian coastline. That title was one of those. It was initially a little different, but after the themes of the songs started to come together, I changed it to tie in with the late 60s psychedelic – scene in London and the club The Electric Garden where Hendrix, Cream and Pink Floyd played some of their early shows.

We are a heavy rock band, straight and simple. Our inspirations are easy to spot for any fan of heavy music! Hehe! Magnus is a Deep Purple fanatic and has grown up knowing the band personally. Jon Lord was a frequent visitor at his dad’s place and Magnus even played a few shows with Jon after he quit DP. Mats is a massive fan of everything heavy and might be the biggest thrash-fan in the band. Arry shares a lot of my background with bands like Sabbath, King Crimson and Maiden. We have toured the world together with artists like Paul Di’Anno Blaze Bayley and Ripper Owens. Our musical experiences from playing a lot of Maiden-material has been a huge influence on this album. Especially in songs like Old Bones and Deadly Nightshade. We are obviously inspired by movies and history as well. Lyrically I tend to write about dramatic historical events or paint a dark and mysterious painting with my words.

Music is an art to me and has to come naturally. My riffs and melodies are inspired by the music I love, and sometimes I tap into a style or a sound that I want to hear myself. In a way I have created a band I would love to be a fan of. Doom or riff-based slow and dark music was introduced to me in the autumn of 1995 when I was 13 years old, and from then on that creepy tonality became very natural to me. I wanted to hear it, and I wanted to write it. There’s something magical about slow heavy music. It touches me in a way a lot of other kinds of music doesn’t

Sometimes the words become secondary to the melody. The words need to have percussive values and a nice ring to them first and foremost. I’ll even compromise the meaning of the lyrics if a word or sentence fits with the sound and melody. I want the words to fit the music, and tend to lean towards mystical themes absolutely, but on a song like ‘The day the sky exploded’ I went all out sci-fi.