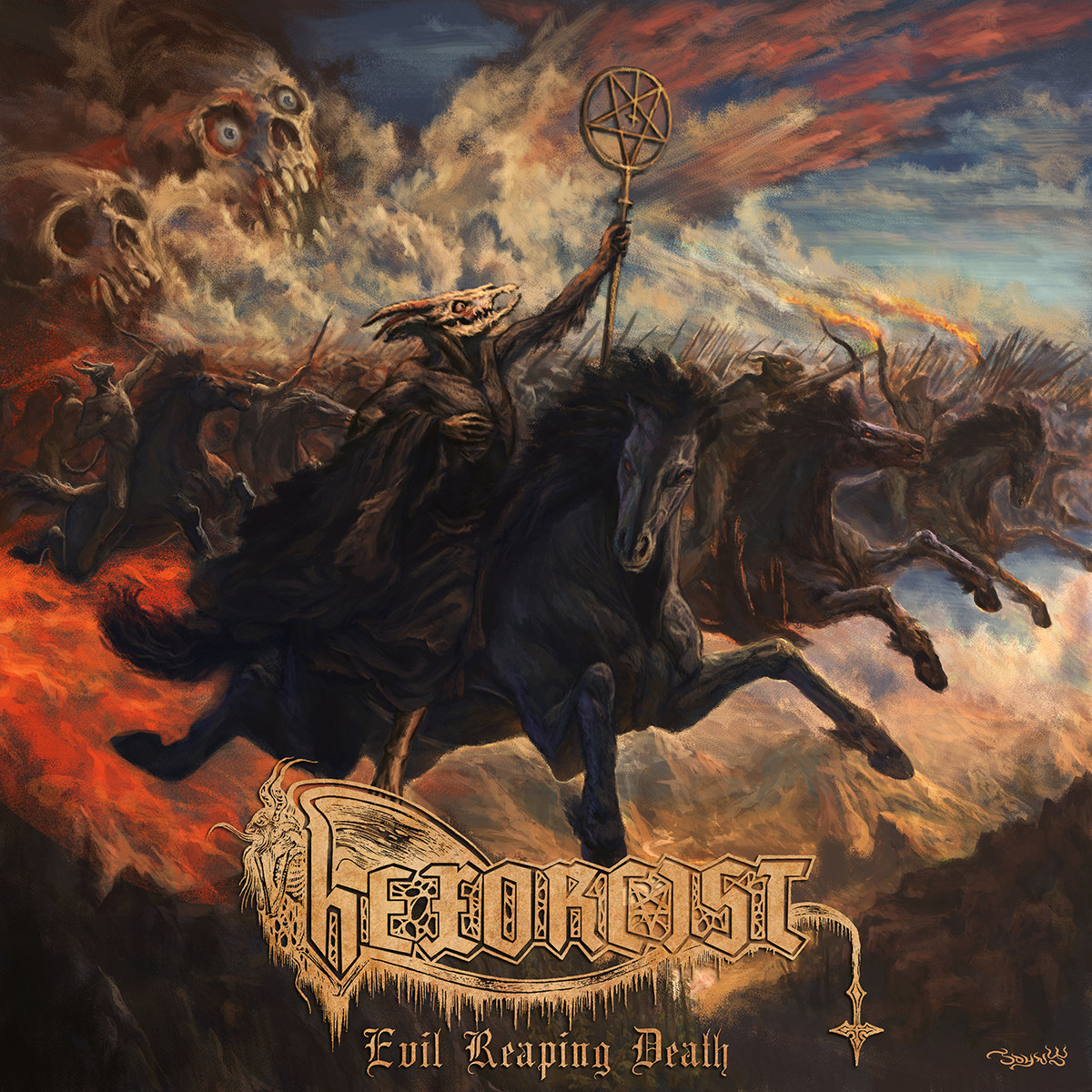 Hexorcist was formed in February 2019. We started working on new material immediately, and by the end of the year, we had recorded part of the demo and had some of the songs that would comprise the full length. Everything took longer than anticipated to finish because we had a few members leave. For most of 2019 and 2020, the guitarist and I rehearsed and came up with new music.

In ‘Evil Reaping Death’, we tried to capture the feeling of discovering evil music and that nostalgia of early death metal. We didn’t set out to do anything “innovative” or “cutting edge”, just our interpretation of what thrashing black speed death metal is to us. We saw the album as a whole and tried our best to work on it as one piece of music and a certain vibe instead of a collection of songs. Our vocalist did a phenomenal job adding music to ‘Unblessing the Reverent’. Our guitarist took a lot of time choosing intros and setting the mood sitting for hours during the mixing process. We didn’t know what to expect, and the result was a lot better than what we strived for.

Our lyrics are about blasphemy, revenge, the exalted parasites that dwell within the astral plane, suffering, the complete disembodiment of Christianity, the glorification of evil. Actually, most of the album’s lyrics were written all in one night in a stream of consciousness in almost a “blackout” state of inebriation.

There’s no specific mindset; we approach recording as a very expensive rehearsal. We rehearse songs a lot before going into the studio, but there is still a lot of improvisation once we start recording. For example, many solos on the album are improvised in the studio. For the record, we wanted a minimum of ten songs. We recorded twelve songs and used two of them for an upcoming split.

Life has absolutely no meaning whatsoever; our duty is to give life meaning. As for the music: As ridiculous as this may sound, we are defenders of the faith. We play this evil heavy metal/death metal for no other reason than to contribute to the massive number of international metal offerings throughout the years. We create music that we would like to hear, like many bands before us. As far as beliefs, two of the band’s members are devout occultists, but that has little to do with the “music aspect” (maybe it’s reflected more in the lyrics); we are headbangers, and we make music for headbangers.

For me, it started with Cannibal Corpse’ The Bleeding’. I got a copy of the CD around 97 and couldn’t believe how heavy it was compared to other stuff I had heard. From there, I started getting familiar with black and death metal, and it changed the way I thought about music. Favourite albums are Morbid Angel’ Altars of Madness’, Merciful Fate ‘Don’t Break the Oath’, Possessed ‘Beyond the Gates’, and Darkthrone’ A Blaze in the Northern Sky’. What changed my life was once I started playing and making metal. I picked up drums because my friends had a band and didn’t have a drummer. That was the moment I knew I could never stop playing metal.

We are not fans of unification of any kind. We have no interest in bringing anyone together under any premise. Our music can be considered entertainment; after all, that is the specific role of a band, is it not? With that said, we would never cheat our fans or ourselves and give any less than 100% of what’s expected.