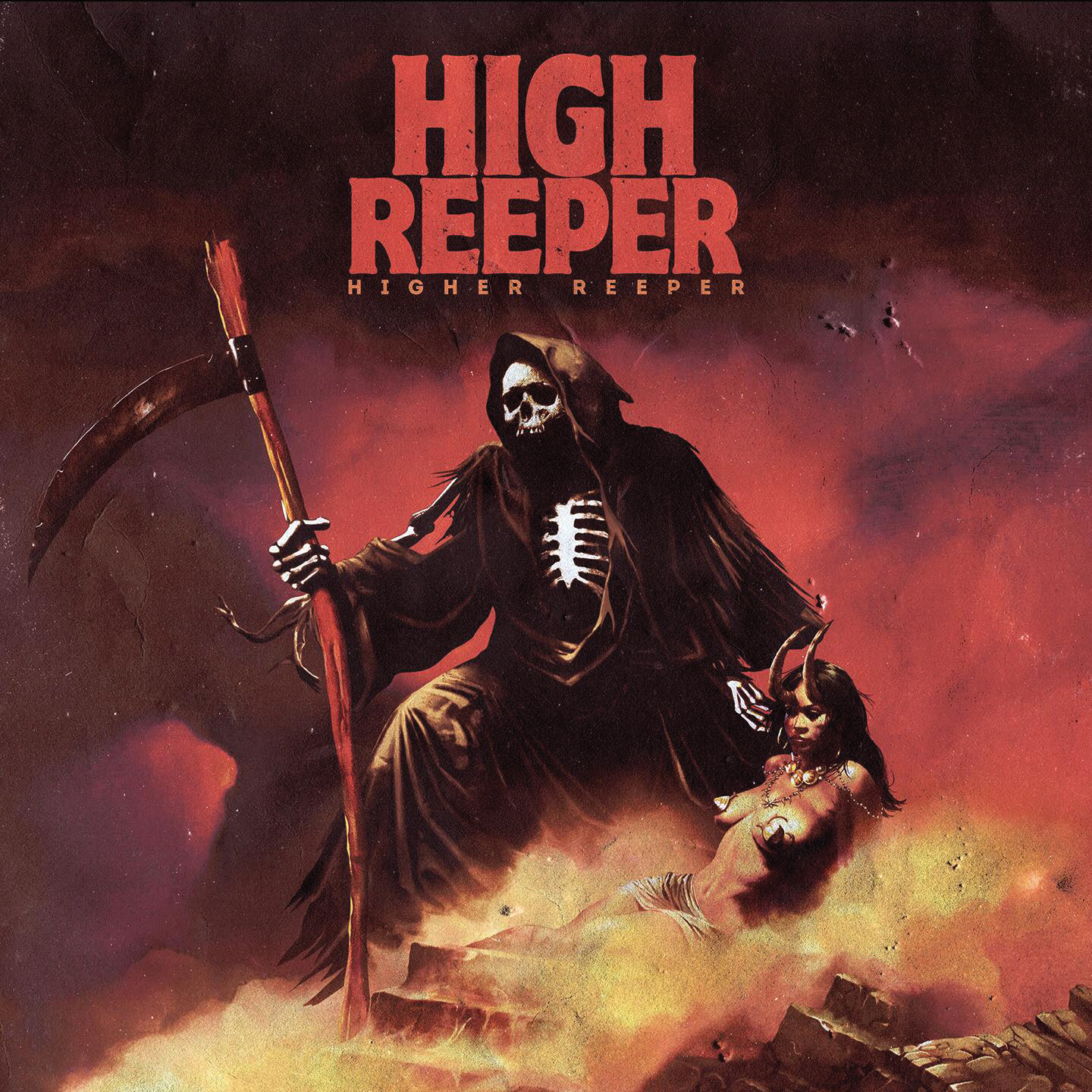 Formed in 2016, High Reeper is made up of Zach Thomas, Justin Di Pinto, Andrew Price, Pat Daly and Shane Trimble. Originally started as just a studio band, it rapidly became apparent that these songs were meant to be heard live and loud. The band made their debut in the Philly/DE stoner rock scene in early 2017 with success which was followed up by the recording of their self-titled debut in May. With a sound deeply rooted in modern stoner rock while still giving a nod to the earliest Sabbath records, High Reeper’s first offering is driven by pounding rhythms, thick guitars and soaring, screeching vocals.

For their second record, the addition of Di Pinto on drums helped focus their sound in an even more powerful direction. The result is a new record with riffs that are even heavier than before that explore new directions, including the ballad “Apocalypse Hymn”. After a successful 2018 European tour that included Desertfest Berlin, High Reeper once again toured Europe in 2019 visiting ten countries as well as an appearance at Desertfest London.

We started the band in 2017 just as a studio project for fun and it kind of took on a life of its own and we somehow ended up with a record deal and started touring. Definitely was not the intention but we are quite happy about it. We all have known each other and played with each other in various projects for years so that makes things pretty easy.

The first record was made for fun, we didn’t make it thinking that it would be released we just made it for something to do. With this record we made it with a purpose and having had one record under our belt, we had a much better idea of how we wanted to sound. We, of course, love all the classics from Sabbath to Uriah Heep and anything else that really rocks. Zach is also super in touch with the scene and new underground music in general and I know for sure he really loves Power Trip. That’s the best answer I can give without writing five paragraphs. I’m the bass player but I know that for this record that once Zach (our singer) had the lyrics for the first song, he then was able to kind of build the record around that. It’s loosely that side one of the record is the chaos of the world ending and that side two is kind of the aftermath of that event.