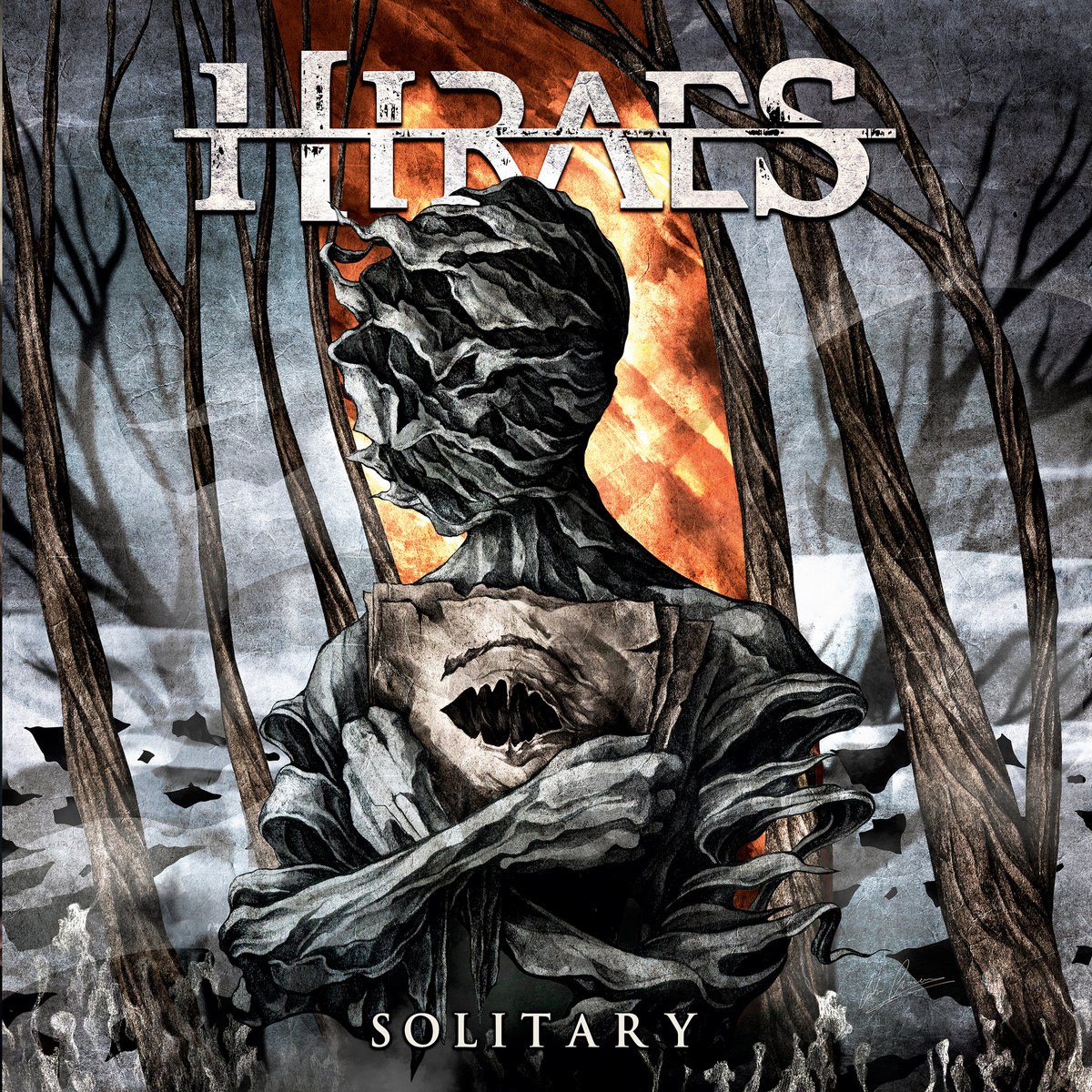 Lukas Kerk: Our debut album, ‘Solitary’ has been released on June 25, 2021, via Napalm Records, and it can be described as an album that combines many typical Melodic Death Metal elements but is also open to influences from other genres. As the album came into being during the ongoing pandemic, it was not always possible to work on it as a whole, which was not that bad because our workflow was not that we write the songs together in the rehearsal room. Usually, as the main songwriter, I write the songs on guitar and send a demo version to our drummer Mathias, who arranges the drums with me and records them for a first guitar-drum demo afterwards. This demo is then sent to Britta to develop her vocal lines and lyrics. This guitar-drum-vocal-demo-version of a song is mainly ready to be recorded in its final version.

Britta Görtz: Lyrics I tried just to let out what was triggered through the music. I didn’t know or plan what I wanted to sing about. The flow was there, and the lyrics turned out to be quite personal. Though most of them are pretty dark, they all have a positive outlook, a light at the end of the tunnel in it. Going through difficult situations is hard, but it also lets you feel your strength and reminds you of what you’re capable of. For example, the lyrics of the song”Solitary” describe the feeling of being on your own, being alone, taking care of yourself alone and being the only one responsible for getting shit done. It can be quite raw and, at times, a cold feeling, but it is also empowering. It lets you feel your strength and power and proves that you can rely on yourself and your abilities. Your inner voice might have known that already, but sometimes big challenges can be very intimidating.

Usually, you start to run towards the finish line as soon as the label has a deadline. It is not as romantic as maybe some people think it is. At least my experiences aren’t. For me, working under a certain amount of pressure lets me dive into the creative process deeply and solely. My whole focus is fixated on this one thing, this album, no distractions. I am a busy person (by choice), and writing an album is more of a sprint than a marathon for me. It can be good for the creative flow when you have just enough time to finish everything but no extra time to overthink.

Lukas Kerk: I would say no. We are all very open-minded and do not have any fixation on a special sector, neither about life nor concerning our music. We love making music together, being on stage and simply having a good time. It’s always not that easy to remember how it all started because it was rather some sort of creeping process than one central album, event, or something like that. It must have been in my early youth when I was somewhere around 12 years old. At that time, I got in contact with “harder” music like Hard Rock, Punk and Metal. But I have to say that already in my childhood – thanks to my dad – I listened to bands/artists like AC/DC, Gary Moore, Pink Floyd, The Exploited, Dead Kennedys etc. I also listened to more “extreme” bands from genres like thrash, black, and death metal during my youth. This kind of music really fascinated me, and at the age of thirteen or fourteen, I switched from classical to electric guitar. The first metal songs I played on guitar were from Metallica and Slayer. And so, I immersed deeper and deeper into the whole metal genre both in terms of listening to it and trying to play songs from different metal genres on guitar.

Britta Görtz: Music is a mood setter or a mood enhancer to me. Music is also a shoulder to lean on, a best friend to cry to and a memory trigger. I wouldn’t call it a spiritual experience but an emotional outlet and intake. Life without it is unimaginable for me.