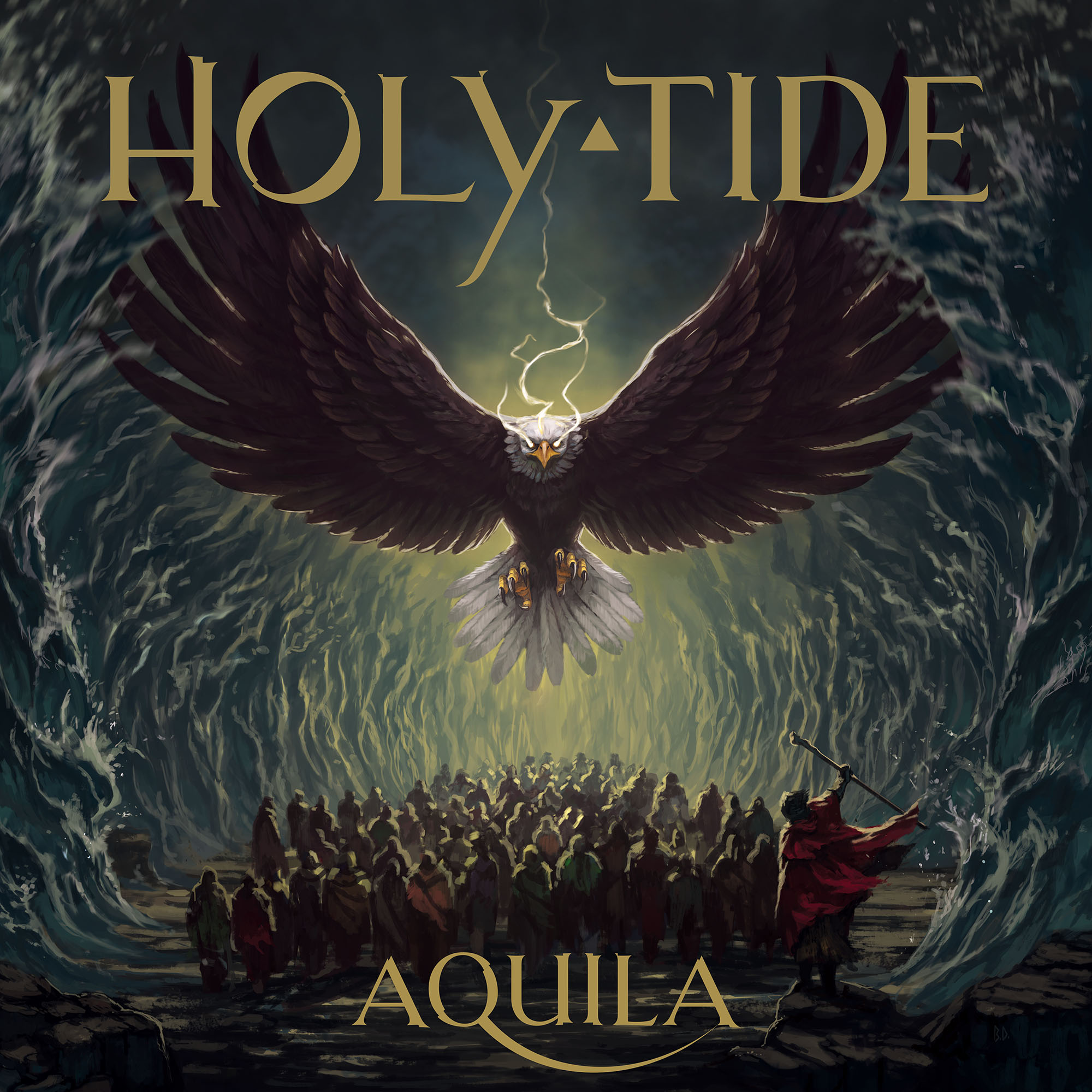 I am Joe Caputo, born and raised in Italy. I am a bass player and composer. I started to play bass at the age of 15. My first “encounter” with Heavy Metal, as for most of us, was like a strike of lightning! I remember listening to Black Sabbath, Iron Maiden, Anthrax and, those bass lines just shook me inside! After a few months, with my savings, working as a waiter, I bought my first bass guitar, and since then, it has been an unconditional love between me and this beautiful instrument.

When I decided to start Holy Tide, I was in a “turning point” of my life. I had quit the band I was working with for years, as well as all the other projects I was involved in as a session musician. I moved to Lake of Como with my wife, where I found peace to write the songs for the debut album. I needed something “true”, a band where I could write without being influenced by other musicians, something that could mirror my real feelings as an artist.

I think that each one of us is born with a gift and a purpose. Since my childhood, I’ve always been sensitive towards emotions of all kinds and I’m sure that artists in general, have a different perception of the world, making us “exposed” to all sorts of deeper feelings… I guess that’s why “normal people” consider us freaks! Music or art, in general, should be pursued by everyone who has a calling for it, NO MATTER WHAT!

I’ve known Biagio D’Alessandro (the artwork artist) for quite a long time, and I’ve always liked his work. He basically makes art for video games. So, when I called him, asking if he was interested in doing the artwork for my album, he was very happy about it, as, I guess, was something new for him (also considering that he likes heavy metal). I told him what was the concept of the album and explained that I wanted an Eagle (Aquila, means Eagle in Italian, which is the title of the album), flying above the crossing of the Red Sea. The Biblical event when Moses guided the Hebrews out of Egypt. I like to give space to the artists that I work with, so, I told him my idea but also that he was 100% free to pursue his inspiration. So, after a couple of weeks, Biagio sent me the first draft of the artwork, and I was absolutely happy about it. I believe in God, and my inspiration to write my music and lyrics comes straight from the Bible