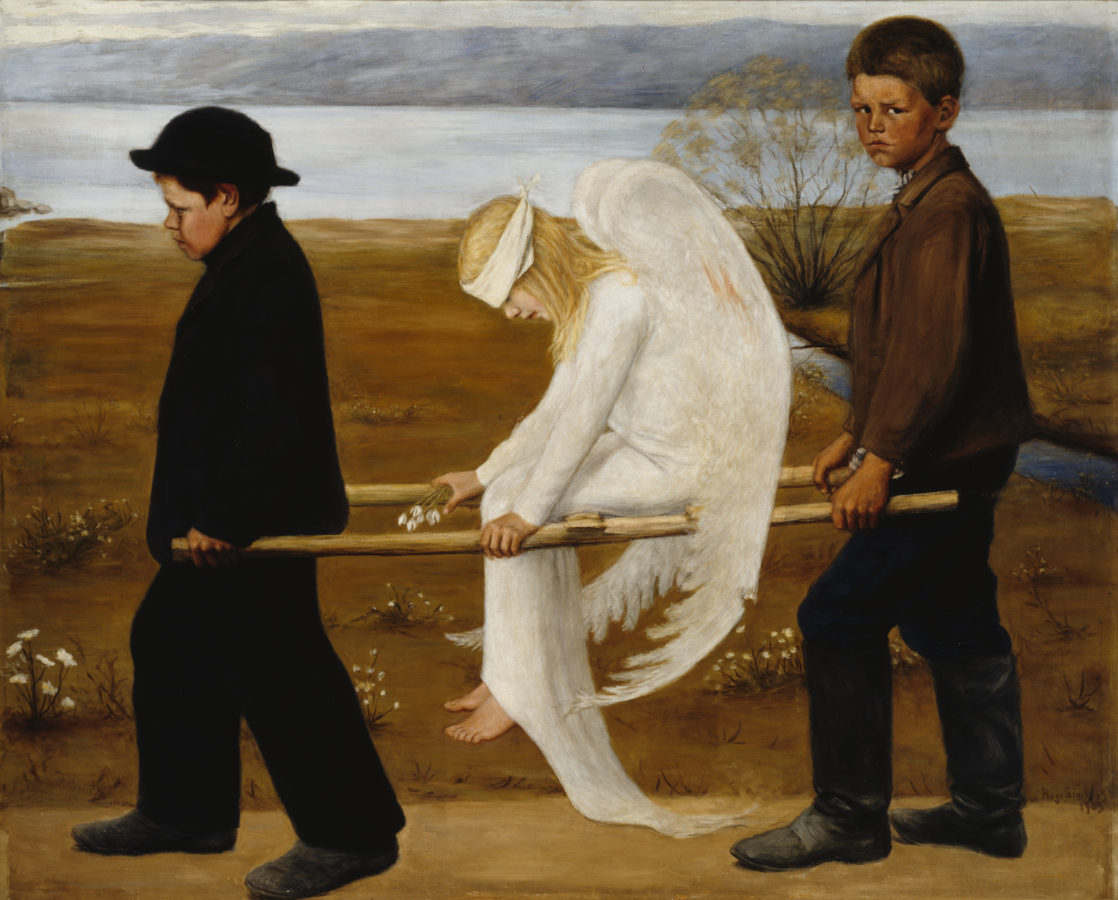 The two characters Simberg used most frequently for his art are the “Poor Devil” and Death personified. Simberg’s paintings emphasize mainly topics macabre or supernatural. A good example of this is his painting Kuolema kuuntelee (“Death Listens”). The painting depicts Death, personified as a skeleton wearing a black coat, listening with a bowed head as a young man plays the violin. In the background, there is an old woman lying on a bed, pale and apparently sickly. There is a suggestion that Death is there for the old woman, but that he is pausing so the young man, possibly the dying woman’s son, can have time to finish his violin playing.

Hugo Simberg’s frescoes at the Tampere Cathedral Simberg’s famous painting The Wounded Angel, too, is somewhat gloomy, its titular character appearing in the shape of a winged angel with a bandaged head, borne on a stretcher by two somberly dressed boys, one of whom looks toward the viewer with a serious expression. The painting is the best known of the artist’s works and is especially famous in Finland. The Finnish symphonic metal band Nightwish released on 11 August 2007 their latest music video, “Amaranth”, which is based on this particular painting. Simberg was a print-maker and photographer as well as a painter. One of his early photographs, named ‘Guido, Fish Boy’, shows a boy sitting on a rock, looking out to sea. He made photographs and drawings of naked pre-pubesent boys, some carrying large wreaths. Images of wreath-carrying boys (frontal nudity not quite visible) are a motif of Simberg’s frescoes in the Tampere Cathedral, painted between 1905 and 1906.