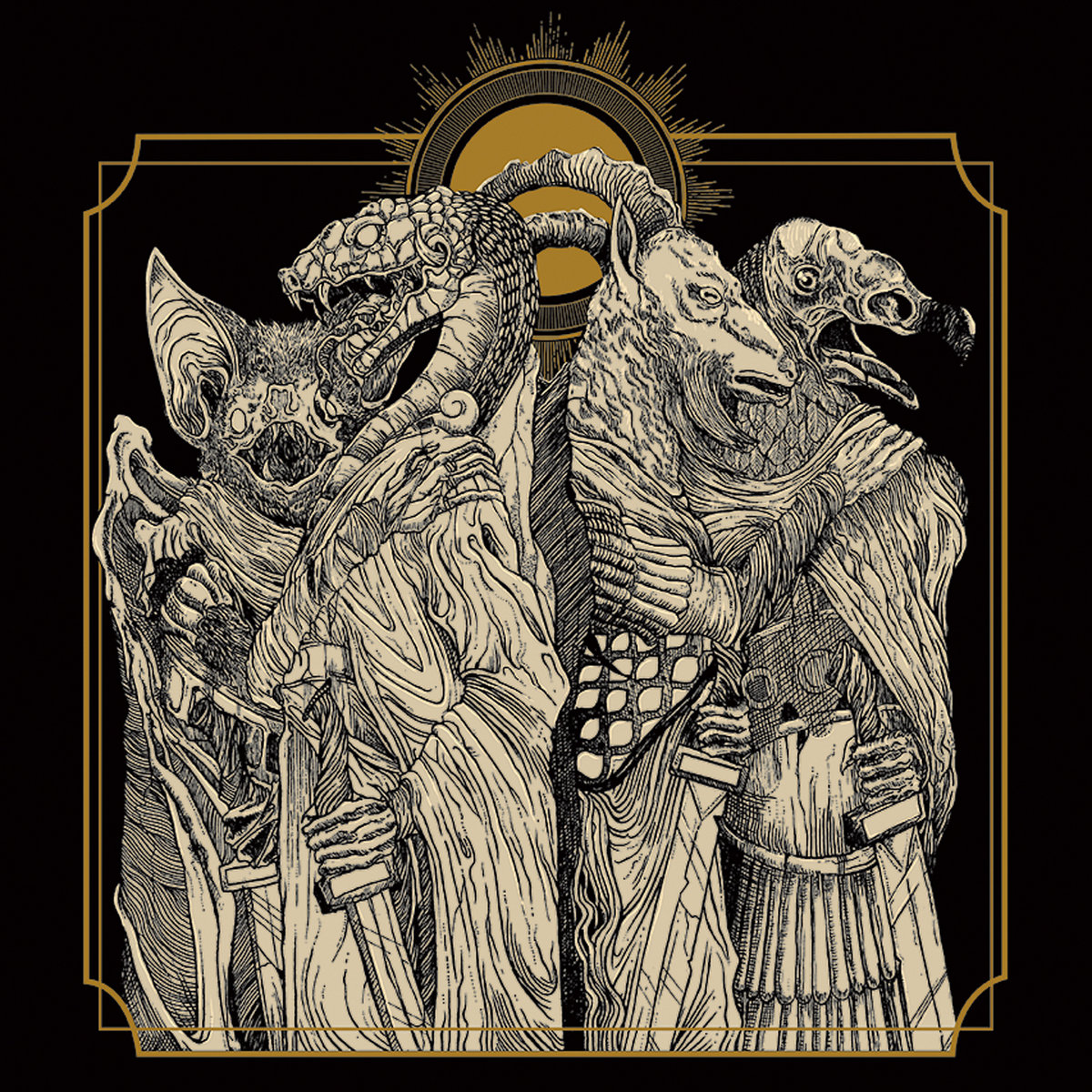 Idolatria is forged in 2013 by the mastermind B.S. Hircus. In 2015, with a powerful mixture of War and hammering Black Metal, the first full-length ‘Breviarium Daemonicus Idolatrorum’ is released. Direct and straightforward as the message: a proclamation of visceral hatred towards the Vatican and the Christian God. As soon as M.T. Iracundus joins the band, the composition for the second album begins. ‘Tetrabestiarchy’ is unleashed in September 2020 for Signal Rex. Surrounded by eerie atmospheres and a new contemplative sound, Idolatria dwells into history and mythical grounds, exploring new untouched horizons.

HMA: Could you give us a rundown of your band profile?

B.S. Hircus: Marduk has always been my main influence, and I wanted to create something akin to that power and violence. Extreme blast beats from start to finish were the main focus to deliver this constant devastation… constant as the burning flame of Hell! With ‘Breviarium Daemonicus Idolatrorum’, we reached our goals and expectations, but we were eager to release something far sinister: that’s when we started working on ‘Tetrabestiarchy’.

M.T. Iracundus: We started to consider the band as a small enterprise. We abandoned that DIY mentality, which only works for some kind of releases. With small and aimed investments, with thought collaborations, very satisfactory results were obtained. We sought out some well-known professionals, like Cold Poison for the artwork and Steven Lockhart for the master. We wanted to push this album to its full potential.

M.T. Iracundus: It has been a very long and delicate work, both from a musical and a conceptual perspective. We drew inspiration from the new Icelandic scene (Misþyrming, Sinmara, Svartidauði), the Polish one (Mgła, Outre, Blaze of Perdition) and finally from various necessary acts like Portal or Deathspell Omega. I think ‘Tetrabestiarchy’ is a compendium of many Black and Death Metal aspects; there are many classic moments, quite old school… meanwhile there are many modern features too, experimental and almost progressive. Interestingly, we recorded the drums: we used a huge hall from an 18th-century villa near our town. The big and chaotic reverb is the very soul of this album; it is something quite peculiar you don’t stumble upon that easy nowadays.

B.S. Hircus: The lyrics have much evolved from the beginning, but they’ve maintained the same concept. At first, they were a simple blasphemy against God and the Catholic religion; later on, they transformed into a blasphemy surrounded by mythology and history. Furthermore, the hatred shifted from a personal perspective to a more metaphysic plane: an ancestral and divine aversion. Living in Italy, we clearly see how the Church controls the weak with lies and deceit; many people have drowned in this theatre of bullshit. We oppose this system, supporting Satanism and many other black arts! Satan is a figure who lets you escape from this filthy prison and brings you to a new reality.

HMA: Do you have a fixation?

B.S. Hircus: Idolatry means extreme reverence for objects or images which possess divine powers. Everything we create is built upon this spiritual concept. Movies or politics are merely human creations, meanwhile, religion is a pact between men and superior entities… so it’s something far deeper and profound we want to explore.

M.T. Iracundus: I am a very big fan of horror and splatter movies, from classics by Carpenter to something more conceptual like Martyrs by Laugier. Obviously, spirituality is an essential element. In the last years, Chaosophy has become a very important part of my life, but I still seek different symbologies from various cultures to integrate with my spiritual path. In the end, all these elements are combined together into this project, influencing the image as well as the lyrics.