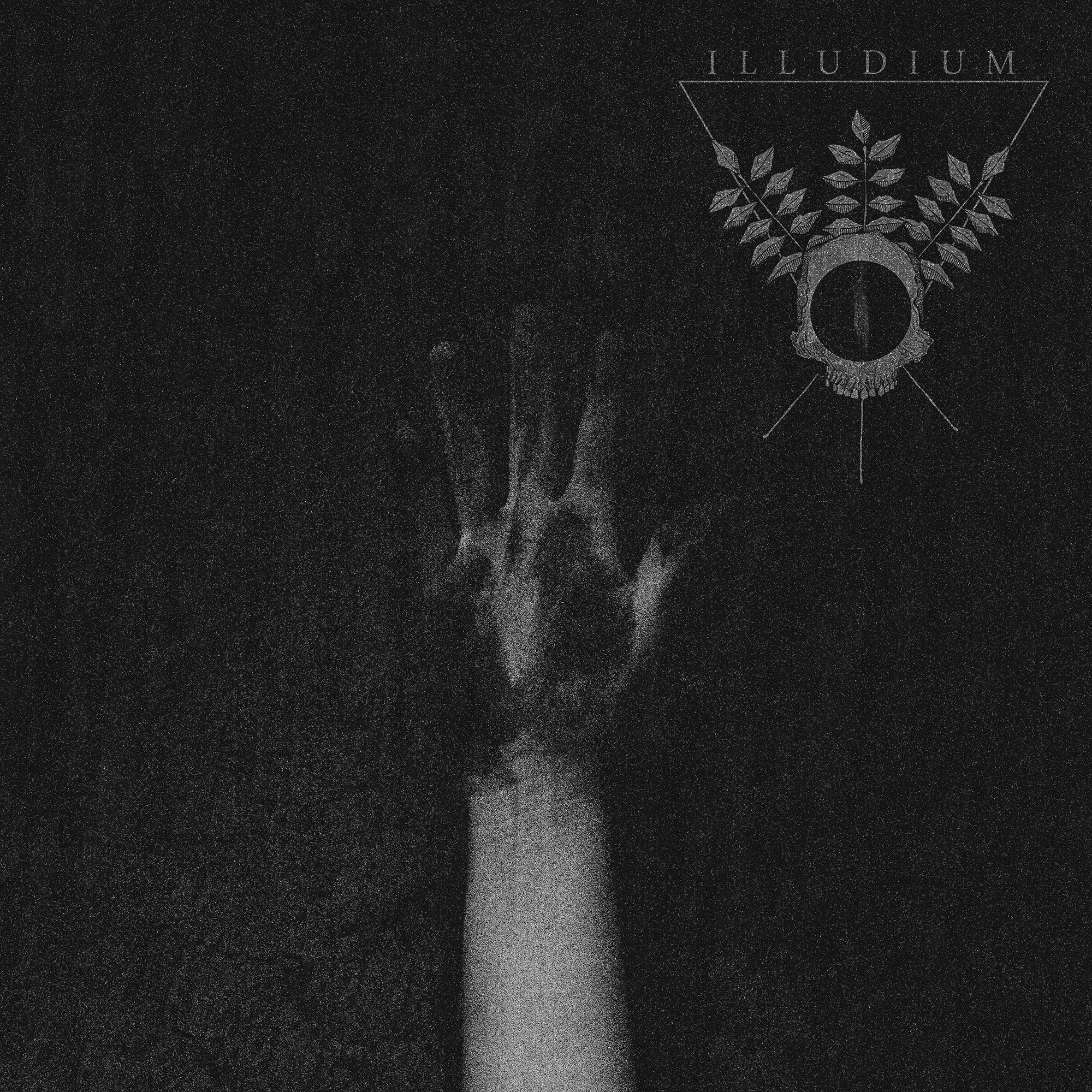 ‘Ash of the Womb’, the sophomore full-length from California’s Illudium, was born in the fiery pandemonium of the burning season of 2020 when huge tracts of the sunshine state went up in flames while skies glowed orange at night. The many layers of dark and harsh metal shading on this album can easily be seen as a residue from those events. Yet the listener will still encounter those sun-drenched textures and honey-rich passages from the band’s beginning on ‘Septem’ (2016) that reflect the beautiful landscapes of the Pacific Coast with its redwood forests and the blue ocean that also inspire Illudium. Mastermind Shantel Amundson spent her formative years listening to Smashing Pumpkins, Isis, Kate Bush, and Cocteau Twins, among many others, which makes it difficult to pin her own music down. While ‘Ash of the Womb’ clearly builds on and expands ‘Septem’, the new album intensifies the darker and heavier elements, which results in a more dynamic and holistic musical experience that Illudium elegantly balances against their dreamy and sophisticated side. Taking their name from a concept coined by Mircae Eliade, Illudium can be seen as the musical embodiment of the religious philosopher’s idea of ‘illud tempus’ (that time), which refers to the mythical sacred time of the first creation of this world. With a degree in cultural anthropology and art history, it is hardly surprising that Shantel’s lyrics revolve around mystical and metaphysical ideas. With ‘Ash of the Womb’, Illudium has created an equally heavier, darker and yet more honey-combed vision of their musical exploration that gently asks for extra attention and diligent listening before revealing its true depths.

On a surface level, I often have difficulty answering that question regarding our genre. Illudium is somewhat of a melting pot regarding musical influences, but we tend to get categorized somewhere within the metal spectrum, which feels right. There is a certain mood or defining energy that comes through in our music which illustrates what we are as a musical entity at that point in time, and that interplay between softness and darkness in our music speaks beyond genre. But on a personal level, creating and performing is an essential language to me, a means to process and interact with life as it unfolds. Music is a way for me to artistically make sense of this human experience, in all its emotions and modes of perception, and rearrange it into something tangible and separate from myself. There is a whole world within improvisation to get lost in, and it’s truly an out-of-body experience. To put it simply, it is something I must do, which makes it often feel like something of love and a curse. I’m eternally grateful that there are fans on the other side that are so supportive and receptive of my art, considering how intimate the process of writing music is to me.

There were a lot of obstacles for us when it came down to working as a creative team for ‘Ash of the Womb.’ We were finished tracking most of the album right around the time the pandemic hit, but I did have covid for much of the latter end of the recording sessions, so that certainly played a significant role in the overall product. Illudium has always been a project with long-distance collaborators. Still, with the various lockdowns and social distancing ordinances, it became quite the journey to conclude the album artistically, be it with members of the band, engineers, or artists and photographers we were working with. There is something really beautiful about the final product of an album, the ways in which it encapsulates all these difficulties and truly never feels like it is done. But it ended up being a powerful reflection of its environment and something we are very proud of despite the difficulties and distance.

I tend to stay away from delving too deep into lyrical interpretation because I feel like that is such a significant part of the listener’s journey. With that said, the lyrics for this album tie into the overarching concepts for this album, each in its way. Much of the album revolves around the interplay between life and death and the ways in which these concepts are often overlooked within each other. Birth and destruction are two of the strongest elements in this album, relating to both the human experience and the ways in which humans are destroying their home planet. This is very much present in the lyrics for ‘Soma Sema’, which really unifies many of the album’s conceptual themes. In this song, I sought to honour the ways in which we nurture and love one another and what it truly means to sacrifice oneself for the creation of new life. Another single ‘Sempervirens’, focuses on the emergence of life from destruction and carries more of that youthful and radiant energy to it.

Usually, in my songwriting process, the music and overall structure of the song come first. I will hear a vocal phrase alongside what I’m writing, and when I write lyrics later, I do my best to match what I hear syllabically. Since the song structure and overall mood of the song is most important to me, I then try to match the lyrical motifs with what I am trying to invoke conceptually through the piece in writing. It isn’t always seamless, and more often than not, I’m not necessarily thrilled with the final product. If I am honest, it might be one of the more frustrating elements of songwriting. I often dream of what it would be like not to have to rely on a particular language and just go the route that Liz Fraser went with her vocalizations. I suppose there is always room for that in the future.

I tend to place spiritual and otherwise ideological concepts at the forefront of my music as a means for myself and others to mythologize the world around us. Whether that is through the use of previously existing systems (such as in ‘Septem’, which leaned quite heavily in its references to Mithraic mysteries) or through my process of story-telling and interpreting global events and my relationship to them, it’s an integral part of the music I create. My interest in folklore and religion started very early on in life, which later led me on my path both personally academically and in my degree work in the fields of Anthropology and Art History. So I suppose you can say yes, there is generally a particular fixation. As for my specific orientation, that’s too confidential to discuss in an interview.

My introduction to metal started when I was very young, in the early 90s, when my dad was listening to many Dream Theater and Queensrÿche. I remember watching Live in Tokyo (1993) on VHS and completely idolizing James Labrie; that was when I knew I wanted to perform. In my early adolescence, a few formative albums paved the way for my inevitable exploration into other metal genres (Cruelty and the Beast and Blackwater Park, to name a few). In recent years I have been profoundly moved by my experiences within the metal communities and environments of the West Coast and abroad. Memories like watching L’acephale in the pouring rain within the dense Cascadian forests of Washington or Empyrium perform at Balver Höhle under the full moon have left lasting impressions on me.

Expanding on what I was saying in the first question, the importance of music in my life goes beyond its use as a tool for self-expression. Music has an innate ability to validate our joy, pain, and grief and truly feel the depths of our emotions. Creating and performing music often takes me out of my body, whereas listening to music at times is the only thing that connects me physically and allows me to feel in my body. There is a certain medicine in music, a song or style for every feeling. It allows us to move our bodies and release energy and gives us a healthy way to release those feelings. The concept of transmuting the universal phenomenon of human anguish into art, whether one is a creator or a passionate enthusiast, is at the core of metal. That right there, I feel, is what unites us.