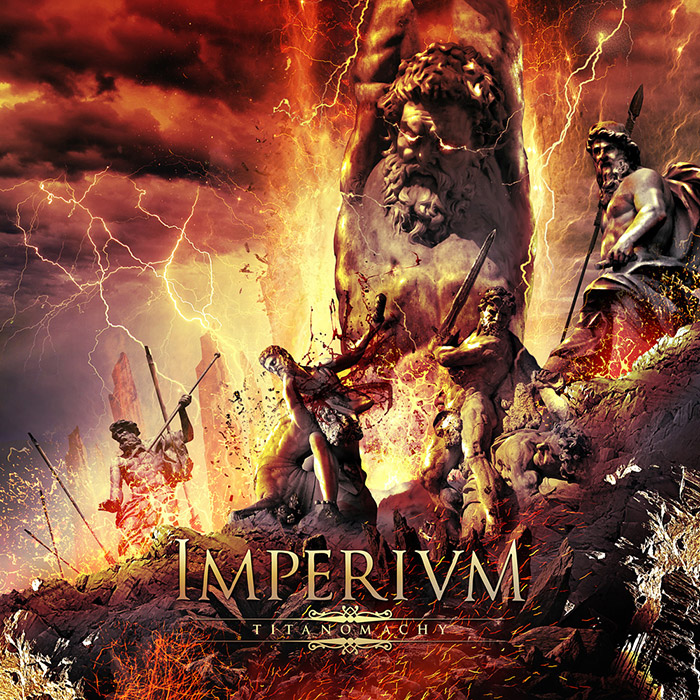 Founding member and chief songwriter Mike Alexander had been working alone until he enlisted Doug Anderson, drummer of Unfathomable Ruination and ex Bloodshot Dawn, however Doug was not brought in for his skill behind the kit, but rather his voice.

“When I first heard the Imperium material I was really impressed, and the opportunity to work on something like this was an immediate attraction to me,” comments Doug. “The album feels huge. Epic! Whilst maintaining a constant level of brutality, and technicality. Mike’s guitar playing is astonishing, but it isn’t just an album of show boating, There are real memorable songs here, and a heavy signature sound too.”

Mike Alexander comments on the writing process, “I was writing over a very intense two year period and then when Doug came in and we got together in the studio with our producer Chuck Creese it all just gelled and flowed. Every day in the studio was such a rush as everything just came together so well, the chemistry was awesome and the resulting album was completed beyond all expectations.”

Doug adds, “The debut album was based heavily on Ancient Roman history, but the new record falls deep into Greek Mythology. The Greek gods of course heavily influenced the Roman’s, so in terms of concept, you could call this album a prequel. And at the climax of the album, we cover the ‘Titanomachy’ itself. The war between the Titans and the Gods. I think the lyrics reflect the music well, as the songs are very grand in scale and if a bloody war between the Titans and the Gods isn’t grandiose, then what is!?”

Artwork as seen above was completed by Remedy Art of Greece.

Track Listing
1. Intro
2. Castrate The Father Of The Sky
3. Beast From Beneath
4. Descend Abysmal Void
5. Ingurgitate The Traitor
6. Into Abode Of The Dead
7. The Unseen One
8. Skies That Bear Thunder
9. Phlegethon Rising
10. Minos
11. Neither Like Gods Nor Men
12. Titanomachy

Titanomachy is out via Ultimate Massacre Productions on May 7th 2016.