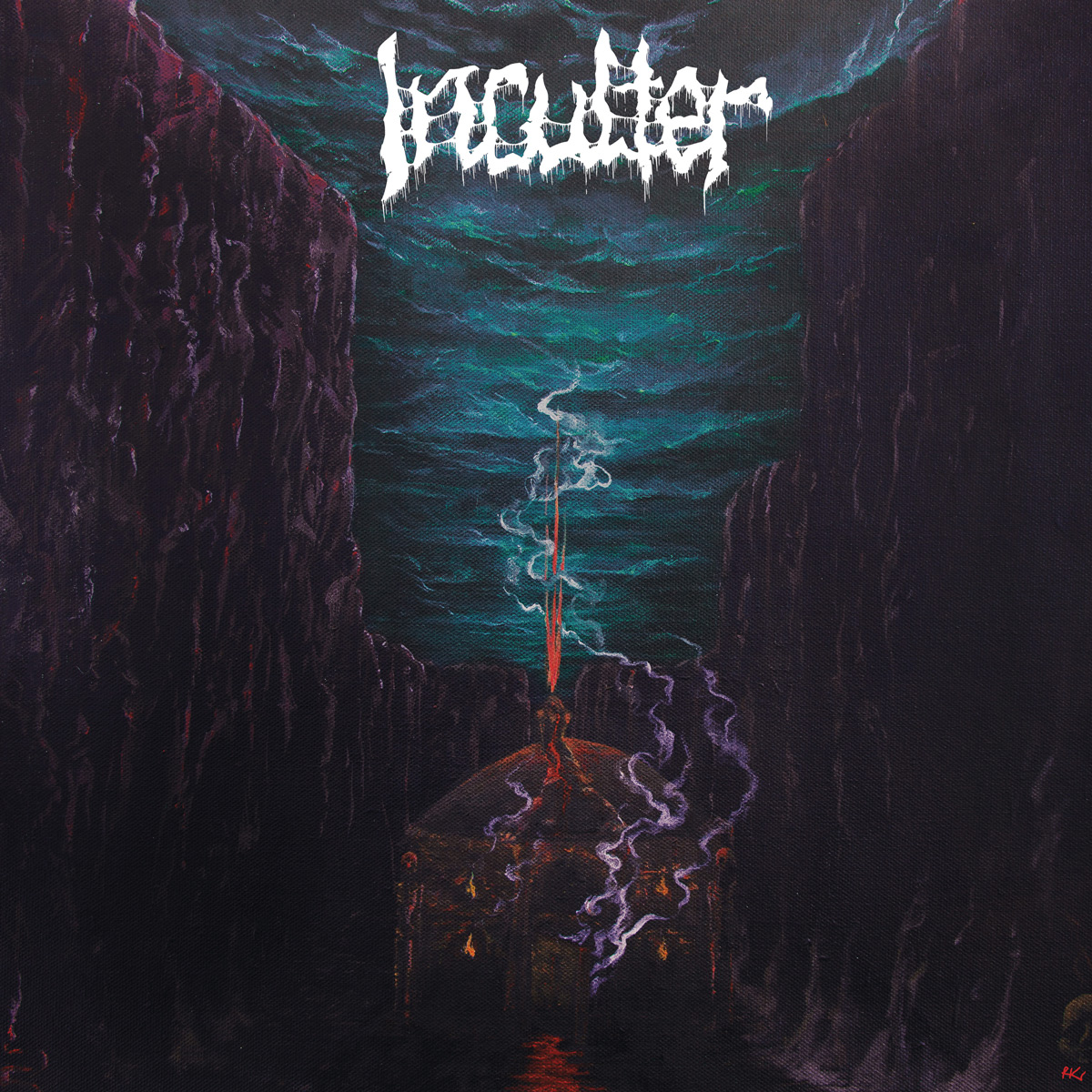 Hailing from the west coast of Norway, Inculter first burst onto the scene with the Stygian Deluge 7″ EP in 2013: It sold out within two weeks from Edge Circle, and the cassette version was gone within a day. From there, the still-very-young band were voted “Band of the Week” by Darkthrone’s tastemaking Fenriz. Carrying forward that momentum, in early 2015, Inculter released their highly anticipated debut album, Persisting Devolution, again through Edge Circle. Still not even in their 20s yet, right from the very first second, the power-trio unleashed an iron-fisted attack and refused to relent, punishing the listener with cranky-yet-catchy thrash metal that draws influence from a wide swath of ancient thrash darkness.

Whether it’s the nascent violence of the early Bay Area sound or the bestial blitz of mid-80s Germany, from the ultra-OTT of Canada’s old speed/thrash scene to the weird ‘n’ unhinged musings of contemporaneous Eastern Europe, Inculter covered nearly every base with the magick ‘n’ mastery of true veterans. Not surprisingly, Persisting Devolution reaped worldwide acclaim and led to the band being invited as direct support for such legendary acts as Mayhem and Kvelertak for sold-out events. Inculter continued to master their craft on the live front, prolifically playing before all and sundry, and thus setting the stage for their second full-length strike. Ominously titled Fatal Visions, that album is at last upon us!

So this is Daniel, the drummer for Inculter. My journey as a musician probably started when my parents set me up for piano lessons very long ago, but my journey as a serious music dude began when hearing Metallica’s Master of Puppets, I think. I’d never heard anything like it, and it probably sparked a pursuit for being able to create the same feelings for others. From there, new discoveries like Slayer, Dark Angel and Death followed naturally, at the same time as meeting other like-minded people in high school who also wanted to create music like that.

The recording for our latest release ‘Fatal Visions’ was mostly an organic process I would say, but of course directed by a wish to create thrash metal that we would listen to ourselves. The point was not to “push the boundaries” of metal so to speak, rather do our own take on a kind of classic sound, and make it sound fresh and interesting. It is important for us not to blend in with the waves of retro bands that have been popping up lately, though, without sacrificing great sounding riffs for novelty and subversion. The riffs are mostly made by Remi, but I think we all shared this point of view to an extent.

When I became sensitive to art? I have no idea. It could have been something like the aforementioned Metallica moment, though I remember the strange feeling induced by paintings on the wall of my grandmother’s house when I was a kid. That inexplicable sense of wonder and mystery, or the act of seeing or feeling more than what is actually portrayed or heard, have informed much of what I perceive as art afterwards.

Our inspiration mostly comes other music and lyrics I guess. It’s hard to say because there is not a clear causal link between a moment of inspiration and creation. The riffs usually seem to appear out of nowhere, and it’s rather in those uninspired moments where we are stuck that we consciously try to find songs to draw inspiration from. The lyrics are written about whatever interesting subject we have in our heads at the time, as long as it’s twisted enough for the music.