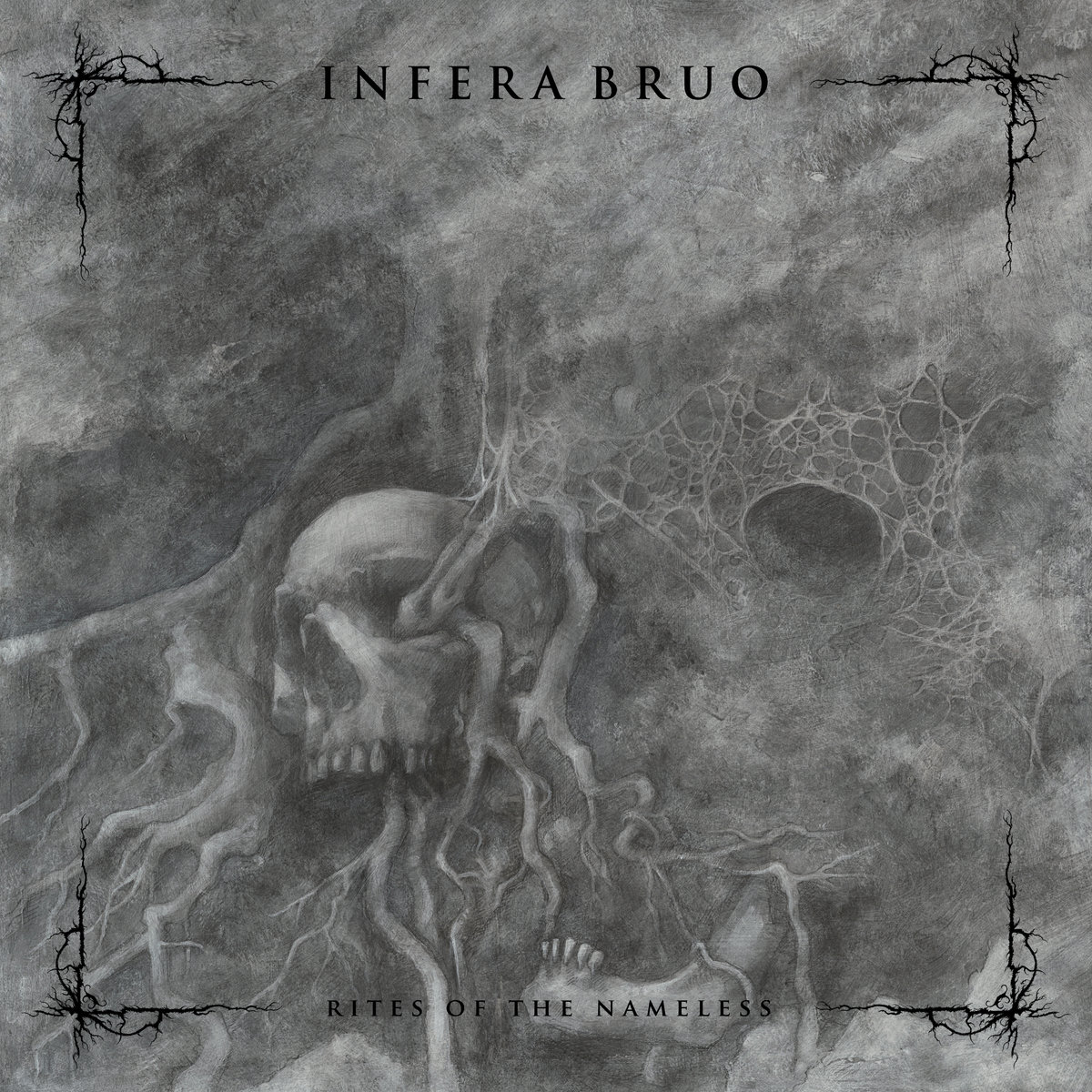 Rites of the Nameless by Galen Baudhuin

Infera Bruo has always been about inner reflection and catharsis. Like it or not, humans have negative and violent emotions. For me, creating and listening to extreme music has a healing effect. It allows a positive outlet for all of the hate and bile that inevitably accumulates. Our music is about finding that dark place and sitting with it. Getting to know it and hopefully growing. Ritual transformation, subterranean and internal. Rites of the Nameless represents that change. It is important to discover yourself as a person by looking inward, not through fleeting relationships or political alliances.

Whatever poisonous ethics our governments and religions are selling us, our true morals and values are to be found within us if you’re willing to dig deep. These days we’re all bombarded with lies and uninformed rhetoric. Our music is ideally a means to get away from that, at least for a moment. To disappear and engage with something real inside yourself, no matter how ugly it may be. Musically speaking we have more in common with the Europeans than any current “black metal” groups in the US. We’re not trying to out- gimmick anyone with masks and hoods. Our aim is, to be honest, and write music that resonates with us.

The creation of this album started with grand hopes of collaboration, but as with most things, reality kicked in and life issues prevented that. By the time it was finished, I had moved across the country and was recording the vocals in an empty room without the band around. Thankfully technology has made it possible for some level of collaboration via the internet, but this album felt like less of a team effort than previous albums.