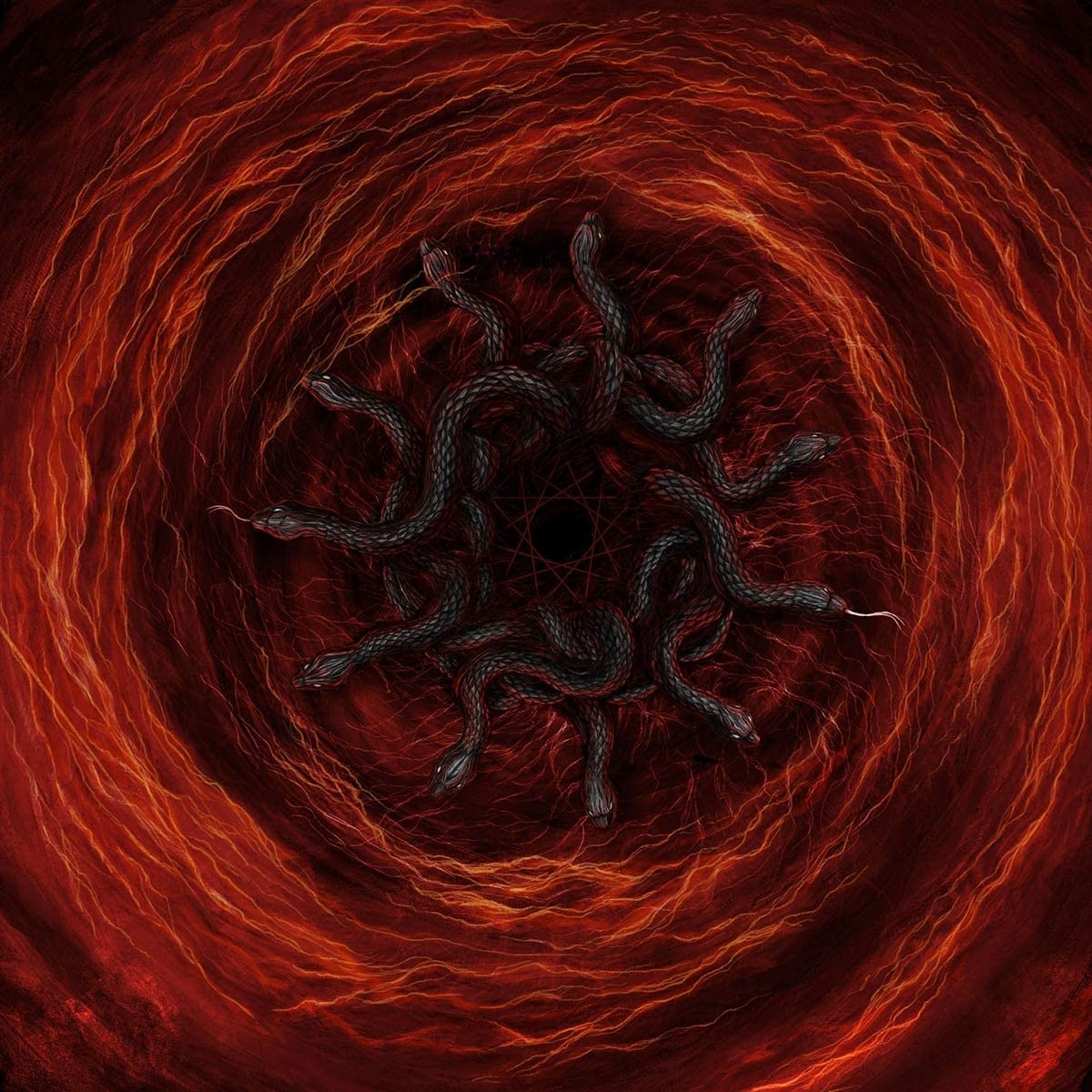 Devourer of God from the Void by XeS, Apsychos

Our band’s name was inspired by Milton’s ‘Paradise Lost’, deeply admired by our first bass player, and whose concept was developed in our first two demos “Absum Lucem” and “Vigilia Secunda”. Previously we had a different band name, then in 2002, we decided to change it due to the developing of the concept which was being created.

‘Devourer of God from the Void’ is the continuation of our spiritual and esoteric conceptual evolution, starting with Ars Goetia. It’s our band’s peak, conceptually and musically. This time we dedicated ourselves to the anti-world, the Qliphoth, to the antithesis of divine light and cosmological orders of creation. We tried to explore the “dark” side of knowledge, whose connection to the dark worlds allows us to know ourselves deeply. It’s in the darkness that man connects with the intimacy of his ego and spiritually evolves. We spent a lot of time searching the right sound for this album, we wanted to create a chaotic and untamable sound, and I think we reached this goal.

We spent a lot of time searching the right sound for this album, we wanted to create a chaotic and untamable sound, and I think we reached this goal.HMA: Tell us about your music style, influence and inspiration? Perhaps specific to your new album or in general.

Every band member has his inspirations, both musical and spiritual, which we let flow into the songs, but without any force. ‘Devourer of God from the Void’ is very different from our previous album, it’s a continuum of free spontaneous and non-schematic thought flows. Different in sound research, in its soul and spirituality. Deeply dark and personal.

Black metal is a style whose roots are deep and consolidated, not keen on changes, which are seen as betrayal, and I partly agree with that. But on the other hand, black metal gave life to many bands who learned to experiment, change through time, evolving their music parallel to the evolution of the man conceiving it. That’s why it’s a spiritually free musical genre, and not tied to schematizations typical of genres like death or thrash metal.

Fuck Vikings, we are Mediterranean and proudly Italians. And if we wanted to talk about legends or history we would write about our people and his great deeds, and mystical legends. But no, we never talked about those topics. We just sang about the plague that came across Europe in 1347, with our album ‘Pestilentia’. After that, we undertook a spiritual and esoteric journey, as already mentioned.

The dark arts is a pretty wide topic, black metal itself could be considered as a form of black art, a violent subculture, dedicated to issues like death, suicide, misanthropy, esoterism, which have already been part of an image within great artists of the past. Dark works could be the black pieces of Goya or the blue period of Picasso, talking about figurative arts, or Bach’s Toccata e fuga in re minore, in the music field. Dark art could be any work that outlines a visceral feeling towards what is socially defined negatively.